Quick Take: Twenty years ago, a young woman was assaulted and found dead. Her terrified sister never revealed what she witnessed that night. Today, in the same town, another woman is brutally attached and the town’s golden boy is accused.

Rachel Krall is covering the trail for her hit podcast, “Guilty or Not Guilty,” which became an overnight sensation making Rachel a household name.

Officially, Jenny Stills tragically drowned all those years ago. But letters that are resurfacing suggest she was murdered–and when Rachel starts asking questions, no one wants to answer. Past and present start to collide as Rachel begins to uncover connections between the two case that will change the course of the trial and the lives of everyone involved.

Electrifying and propulsive, THE NIGHT SWIM explores the price of reputation and the the town’s reckoning with the horrors of its past.

For more information, to connect with Megan Goldin via social media, or to purchase a copy of THE NIGHT SWIM, please visit:

Readers who enjoy Lisa Scottoline‘s work will enjoy THE NIGHT SWIM, but I also found some similarities between this book and THE SUNDOWN MOTEL (Simone St. James) meets Gilly Macmillian’s I KNOW YOU KNOW (especially with the podcast connection), Wendy Walker’s EMMA IN THE NIGHT, and Heather Gudenkauf’s work, especially BEFORE SHE WAS FOUND.

MEGAN GOLDIN worked as a correspondent for Reuters and other media outlets where she covered war, peace, international terrorism and financial meltdowns in the Middle East and Asia. She is now based in Melbourne, Australia where she raises three sons and is a foster mum to Labrador puppies learning to be guide dogs. Her debut novel, The Escape Room, was a New York Times Editors’ Choice. 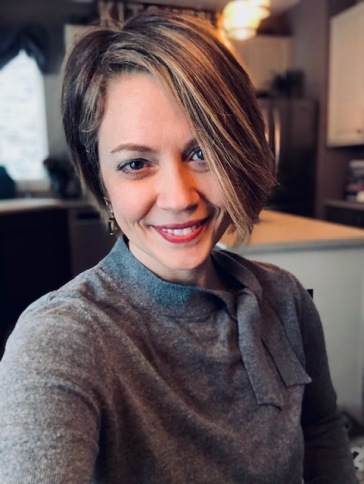 House, 2012). Her work has been published in Pithead Chapel, Common Ground Review, Cleaver Magazine (craft and CNF), The Awakenings Review, The Nervous Breakdown, Ruminate’s The Waking, Brave Voices Literary Magazine, Manifest-Station, and others. Forthcoming photography to appear in Up the Staircase Quarterly and Another Chicago Magazine andBrushfire Literature & Arts Journal; poetry to appear this summer in Coffin Bell Journal; CNF in Semicolon Literary Magazine. Leslie has been awarded as one of the top 1% reviewers on GoodReads and recognized by Jane Friedman as one of the most influential book reviewers. Since 2013, Leslie has interviewed over 700 bestselling and debut authors on her author interview series. Follow her bookstagram posts @leslielindsay1.