I was immediately taken with this compassionately visceral and lyrical memoir by Caitlyn Myer.

WIVING (Arcade Books/Skyhorse Publishing, July 2020) is so brave, so bold, all things laid bare account of the author’s upbringing, but also abuse and personal sexuality.

Raised Utah in a traditional Mormon family, Caitlin Myer’s life had an expected trajectory: she would attend church-related activities, hold on to her virginity, learn to be sweet and compliant, keep a hope chest, and then when the time was right, she would marry and enter ‘full womanhood.’

I read with such an urgency a worry and an impending sense of doom–things do not go to plan. As much as I loved WIVING, it’s a challenge to summarize it in terms of plot–it comes to the reader in a fragmented, spiraling thread, and I love this structure. It’s much like life in that sense, and in what I think encompasses the entirety of the narrative: grief. Myer grieves her childhood (or lack thereof), her womanhood, her marriages, her other relationships, her mother, her uterus, her religion, her mental health. And yet–it’s all stitched together into a cohesive whole.

Here, we dive into the depths of such controversial and universal motifs of femininity (and feminism), religion, creativity, trauma, sex, depression, love, illness, and more. WIVING is meaty, clotted with strong visual images that will stay with you long after you turn the last page.

But first, please join me in welcoming the lovely and talented Caitlin Myer to the author interview series:

Oh my gosh, Caitlin—this book! It’s so raw and yet so elegantly told. I am in awe. I always think we are sort of haunted into writing something…an urgency we can’t shake. What was it for you in WIVING?

There was an urgency, but I couldn’t name it for a long time, and countless drafts before I found the heart of the book. I did not want to write about trauma. I wanted to write a quirky, witty memoir, but these stories kept noising inside me. At a certain point, I engaged in a lightweight self-deceit, writing certain parts of the book under the assumption I would cut them out before the final draft. But with each draft, each culling, I realized those parts that most terrified me were essential.

I only ever learn what needs to be written in the process of writing it.

I love the meandering, spiraling structure of WIVING. In the real world, nothing happens in a perfectly linear trajectory. I started thinking about this—why you chose to tell your story in this nonlinear manner, how you connected varied facets—I think it’s grief. The connective tissue here is grief. Can you talk about that, please?

I started playing with a fragmentary structure in a previous (unpublished) novel called Beautiful Men, which was my way of flirting with memoir without admitting I was writing a memoir. The organizing principle in that book was a spiral, and the fragments were love stories with men (as you might guess from the title), circling ever inward. In WIVING I got to hone a fragmentary structure, eventually using color coding to visualize how the pieces fit together.

The overarching structure for the memoir snapped into place for me in the same moment as the title, WIVING. That was when I understood I needed to organize these stories around twin spines: one was the cultural expectations of women, and one was the love story with my mother. In Beautiful Men I thought my love stories with men belonged at the center of my story, but that idea was a function of our culture.

The primary grief for me was how those cultural expectations came between my mother and me, and how they crippled us both. One great heartbreak is that I didn’t fully appreciate the depth of our love story until after her death.

Love your sideways reference to Meander, Spiral, Explode by Jane Alison! I only just read that book and it’s always a thrill to read somebody who shares my obsession with structural play.

I am completely intrigued with your mother. Although she was a very traditional wife—perhaps given the time period or being Mormon, or maybe something else—she was also quite progressive. Many of her ideas were very feminist. She was creative. She was mentally ill. I know we could talk for hours about our mothers, but how might you summarize your mom without complete sentences?

Mom dyed her hair purple in the eighties. I know, that’s a full sentence.

“Haunting . . . disturbing . . . Myer writes beautifully and with a sense of humor, even about traumatizing events. . .  Be prepared to reflect on feminism, family, fertility, solitude, and mental health with this record of one woman’s dramatic life.”

In terms of the craft of writing—what do you feel keeps the saw sharp? When the page is blank do you think of that as a fallow period—necessary for growth—or something else?

When I was married I had to steal time to write. It still feels like a treat to be able to sit down with the words. Even if I have nothing to write, I write. When the well is dry, I write bullshit. I have half-finished essays, random poems, barely formed ideas for books, scraps all over my computer. So much bullshit. There are absolutely long periods when the inspiration takes a break, but I still try to show up to the page. Even if I write only one sentence in a day.

Right now something is going on with my brain that makes it painful to read, so I am learning to work with different dictation apps. Yesterday I sat in a park and talked into the voice memo app in my phone, pretending I was talking to a friend. It sucks, feels awkward in a hundred ways, but my heart needs to make words.

What do you hope others take-away from WIVING? Why this book, why now?

I want readers to find permission to tell the truth about their lives, and find new freedom from the stories that have limited our imaginations.

I feel like there are so many more interesting ways to tell a story beyond the traditional hero’s journey, that straightforward arc. I want to read stories that shatter that structure. I want to read more stories that are not about cis white men. I mean, I love cis men. I wrote WIVING with love, but it’s time for different stories. 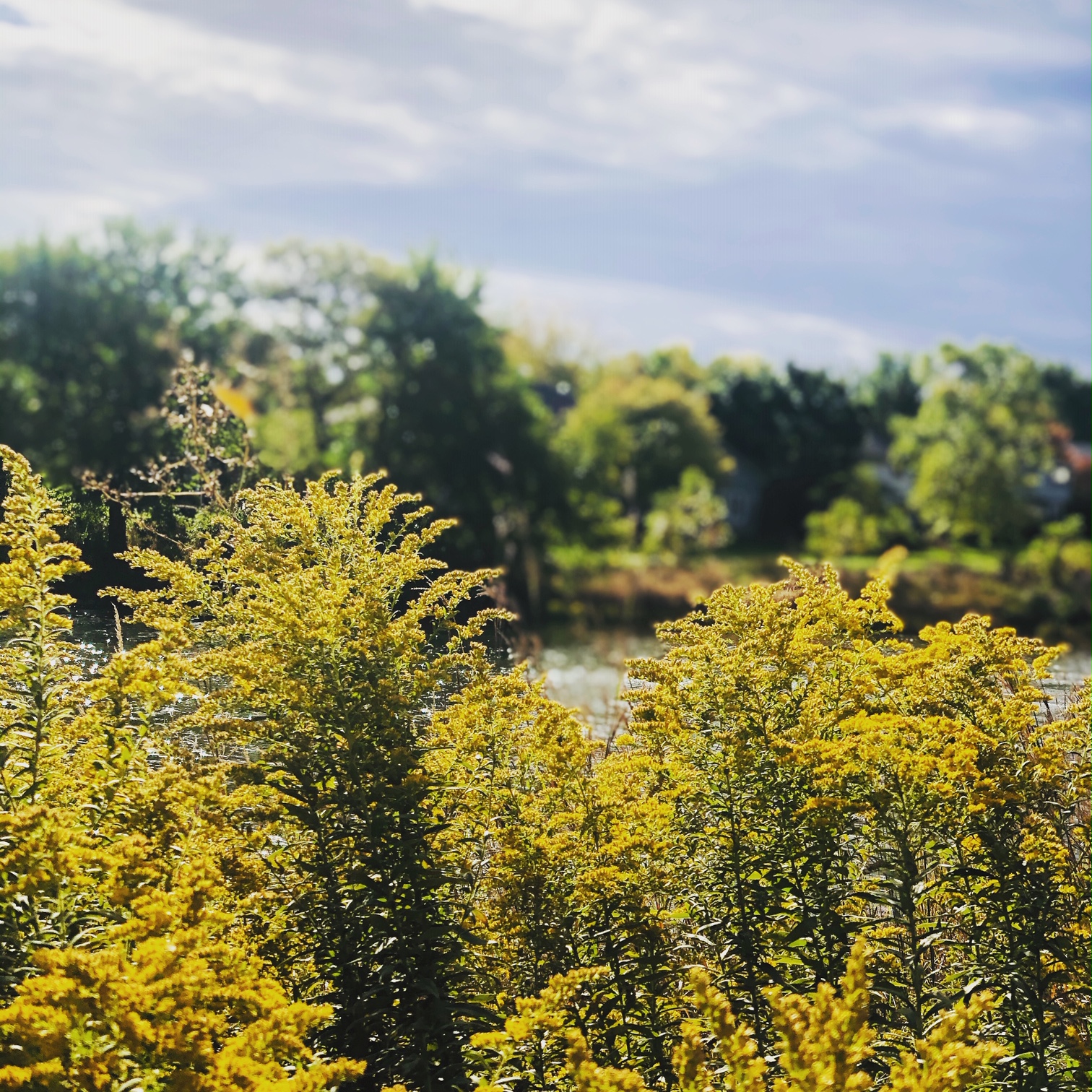 Caitlin, this has been so enlightening, so eye-opening. I so appreciate you taking the time. Is there anything I should have asked, but may have forgotten? Or something you’d like to ask me?

Leslie, Thank you so much. I’d love to tell you about my next project. Truthfully, I don’t know whether it will be memoir or fiction. It will draw on the seven years that I spent traveling around the world. It plays with genre, men are supporting characters at most, and I think it wants to be horror. We shall see.

For more information, to connect with Caitlin Myer via social media, or to purchase a copy of WIVING, please see:

I was reminded, in part, of THE GLASS CASTLE(Jeanette Walls) meets EDUCATED (Tara Westover), and WHAT WE CARRY (Maya Lang). 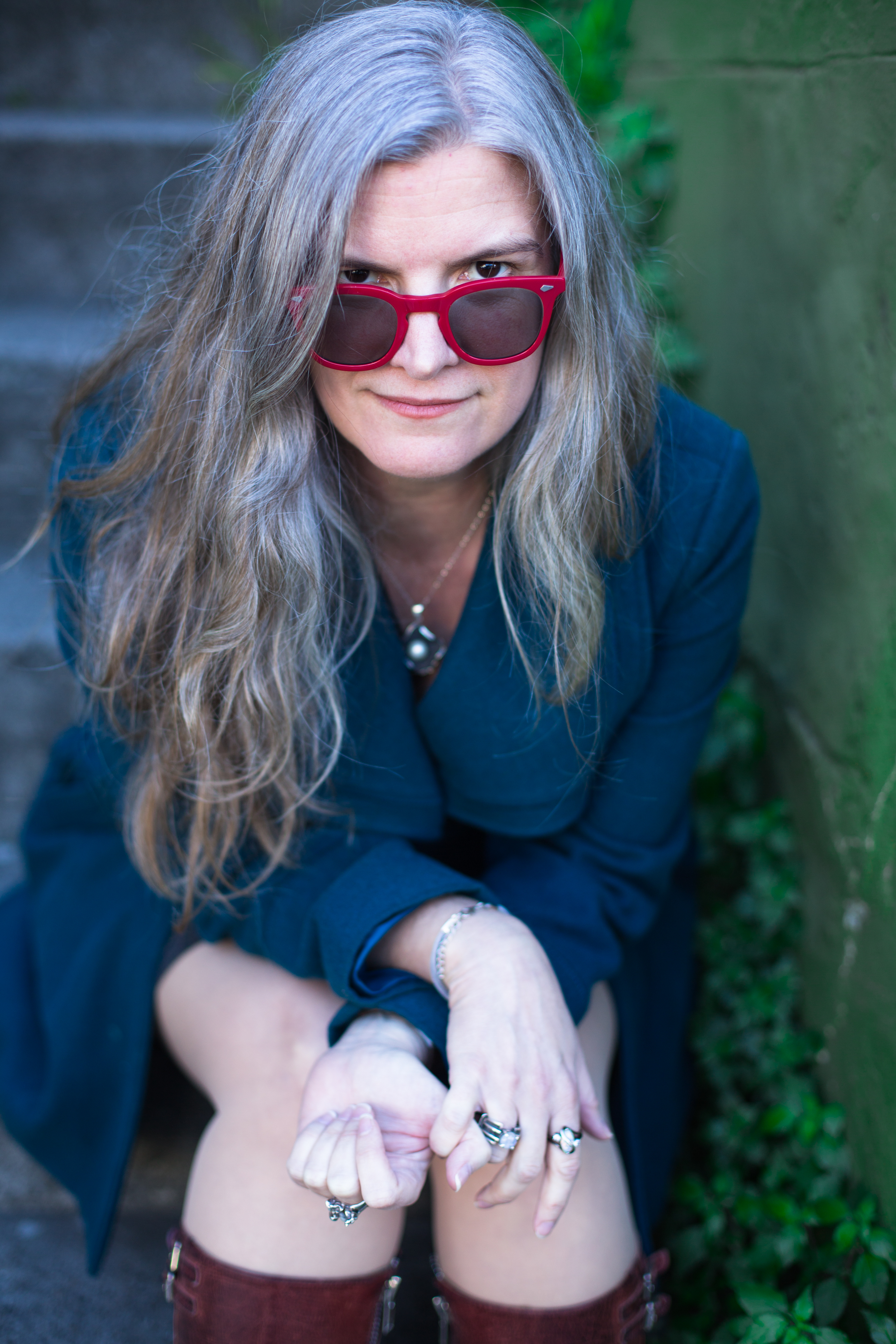 Caitlin Myer grew up in a half-finished mountainside house in Provo, Utah, the youngest of a chaotic family of six children, a poet mother, and an artist father. A lust to go as far and as fast as possible was born when she was nine years old and her father directed a six-month study abroad in France. She was a kid from the righteous nucleus of Mormonia, dropped into the middle of Paris with only a few words of French, a metro card, and vague directions for finding her way home. She fell in love and never recovered.

Myer left home and Mormonism at sixteen, returned at eighteen, left the church again at twenty, and moved away from Utah for good at twenty-two.

In 2009, Myer founded the San Francisco literary reading series Portuguese Artists Colony and its publishing spinoff,  PACBooks, where she served as editor. She emceed most of the Colony’s shows and performed at other literary events such as Litquake, Literary Death Match, Writers With Drinks, Why There Are Words, and Quiet Lightning.

In 2011, Myer attended the Disquiet International Literary Program in Lisbon on a scholarship. While there, she hosted a Portuguese Artists Colony reading in the historic Grémio Literário, 150-year-old literary club that did not admit women until the Carnation Revolution in 1974. In the same year, she participated in the Squaw Valley Writers Workshop with a George Pascoe Miller Scholarship. In the spring of 2012, Myer completed a residency at MacDowell Colony, where she was recipient of a fellowship from the Rona Jaffe Foundation. Her memoir/essays “Positive I Don’t Have a Uterus” and “Unforgettable: Becoming an Amnesiac’s Memory” were published in The Butter and Electric Literature, respectively. Her short story “Everything a Woman Should Have” appeared in Cultural Weekly, the poem “Bus Story” in No Tokens, and the story “God Time” in Joyland. Other short stories, poems, and essays have been published in literary magazines, online journals and anthologies.

She has appeared in storytelling series such as Porchlight and The Moth, and was featured on NPR’s The Moth Radio Hour with her real-life story, “Near Mrs.” She has also been featured in podcasts, including Nocturne. These performances have won her fans around the world, from India to Portugal to New Orleans.

For seven years, Myer has lived out of a suitcase, but she now has a lease on a 400-year-old apartment in the north of Portugal. At least once a week, she climbs the hill to what was once a 12th century Augustinian monastery, and writes.

Leslie Lindsay is the award-winning author of SPEAKING OF APRAXIA (Woodbine House, 2012) and former Mayo Clinic child/adolescent psychiatric R.N. She is at work on a memoir, about growing up with a mentally ill interior decorator mother and her devolve into psychosis. Leslie’s writing & prose poetry has been published in Pithead Chapel, Common Ground Review, Cleaver Magazine (craft and CNF), The Awakenings Review, The Nervous Breakdown, Ruminate’s The Waking, Brave Voices Literary Magazine, Manifest-Station, Coffin Bell Journal, and others. Her cover art was featured on Up the Staircase Quarterly in May 2020, other photography in Another Chicago Magazine (ACM) and Brushfire Literature & Arts Journal; CNF in Semicolon Literary Magazine; the 2nd edition of SPEAKING OF APRAXIA will be available this fall. Leslie has been awarded one of the top 1% reviewers on GoodReads and recognized by Jane Friedman as one of the most influential book reviewers. Since 2013, Leslie has interviewed over 700 bestselling and debut authors on her author interview series. Follow her bookstagram posts @leslielindsay1.

[Cover and author image courtesy of Arcade Books/the author and used with permission. Author photo credit: Ian Tuttle. All other images, including artistic image of book cover designed and photographed by L.Lindsay, unless otherwise noted. Follow on Instagram for more like this @leslielindsay1 #alwayswithabook #bookstagram]