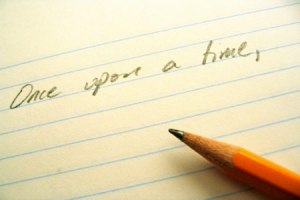 A backstory chapter I’ve been working on this past week.  Guy wants girl back.  Girl is busy.  This picks up in the middle of the chapter, told from a guy’s POV.

We sat for a minute more, Annie with her eagle-eyes looking over her handiwork on the furniture and me feeling like an ass for having dropped by like I had. I wiped a splatter of white paint from her cheek.  She turned slightly away from me, a pale shade of pink creeping up her neck.

“I know.”  I looked around the room again.  The CD had skipped songs to another Petty favorite.

If you’re making me wait, if you’re leading me on.

I cleared my voice.  God, I really shouldn’t have come by.  Why did I?  But I knew the answer.  “I am wondering when you might want to get back together.”  It all came out without any thought.  Diarrhea of the mouth.

Annie choked on her iced tea, a little inside joke we called her “drinking problem.”  It happened when she felt flustered or needed to say something quickly.   I knew she wasn’t really choking, but I leaned forward and patted her back, anyway.  Anything to touch her again. Warm electric jolts ran through my body.

Finally, the coughing settled, she wiped the tears from her eyes and regained composure. “Well, goodness!  My ICP is increased and my lacrimal ducts are working just fine.”

I rolled my eyes, “Is that a good thing?”

She shrugged, “Depends on what you’re looking for.  If you are assessing a TBI—

She smiled at that, albeit, a little one. “Steve…please.”  She shook her head, her voice soft.

I need to know.

I tilted my head trying to find her eyes, her bandana flopped forward.

“I don’t know,” she whispered.

“If we’ll get back together.  You’ve asked me this before.”

I nodded.  My lips itched to kiss hers.

“Well, maybe someday.  I don’t know,” her voice trailed off.  She pulled her knees to her chest, a bit of cleavage I couldn’t help noticing.

“When?” I pressed, hopeful it would be sooner rather than later.  Sooner than the five years she had quoted me earlier.

She sighed, averted her eyes to the right, “Maybe in 5 years or so.” Her look tells me all I need to know; she’s annoyed.

I need to know.

“You told me that before.”

“Well, I guess you could say I’m consistent?” She shrugged, proud of herself.

“But that was a year ago.  Would it be safe to say, T-1 year equals four years?”

I need someone more mature, Steve.

I will. I can change.

But, Steve…I don’t want to make you change.

She just wanted a perfect person the first time around.  She didn’t say that, I just assumed that was what she was thinking.

She rolled her eyes, and gave me a little shove, “Whatever.  Why do you have to be such a nerd?”

I smiled in spite of myself.  It was a nerdy way of asking.  I surveyed the room and wished her ‘good luck’ with her decorating project.  I placed my emptied glass on the counter between the two rooms.  The kitchen was filled with lemons and Greek isle prints.

She said she wanted to explore the world, go to Europe or something.  I told her I liked French-kissing.  My joke didn’t amuse her.

The kitchen represented part of her dream.  Bright blue and white and yellow.  Like Greece.  The girl could decorate.  The place sure looked better than most college dives I’d been to.

I never even asked if she was seeing anyone else.  It’d kill me if she was.

2 thoughts on “Fiction Friday: Even the Losers…”