They say you shouldn’t judge a book by its cover, but I did. And I’m in love. With both. THE BOOK OF SPECULATION is gorgeous, inside and out. A woman clad in a deep teal dress clutches a stack of antique books at her hips. The pages are yellowed and ragged, and indented with finger grooves reminiscent of old-fashioned dictionaries. Seriously, the cover art is so spectacularly striking; I just may leave it on my coffee table as a work of art. Today, I’m honored to have debut novelist Erika Swyler with us. Pull up a chair, grab a cup of coffee and come along for the journey.

L.L.: Erika, thanks so much for joining us today! I’m always so intrigued by what sparks a story for a writer. What three elements would you say collided in your writing world that propelled you to write THE BOOK OF SPECULATION?

Erika Swyler: Thanks very much for inviting me! It’s hard to put a finger on the exact moment that birthed this particular book, but as with most things, I think it was brought about by sudden change. Shortly after graduating college, I lived at home for six months. It was a weird time. I was facing the fact that I wasn’t good enough to pursue a career as an actor, grieving my father who had passed away the prior year, and once again living in my childhood home. I was home, but I was also displaced. The town where I grew up is also right on the Long Island Sound where there’s a constant struggle against land erosion. It’s beautiful and vulnerable. That’s book fodder, right there. It just took a long time to figure it out.

L.L.: So the book is really a complex family saga with a lot of folklore, mysticism, and ultimately erosion—of water, of family, of homes, and land. Can you talk a bit about that? What do you hope readers take away from those themes?

Erika Swyler: It’s an odd writer who uses erosion as plotline, right? But what I’m asking people to do is think about themselves, their lives and their families, in a larger sense of time and history. Years ago I read Graham Swift’s Waterland, and the way he entwined his characters with the land resonated with me. It posited that personal history is as essential as world history, and all of it is tied to land. This got me thinking about how we tell these personal stories—through oral histories, folklore—and what that looks like. The most painful parts of personal histories often get mythologized, and through that storytelling people find healing, or even a sense of wonder. I’m hoping readers are able look at themselves and with an eye towards time and history, and to think about the ordinary with that same sense of wonder. It would brilliant if people left the book thinking about their concept of family and what it means to them. But, I’m delighted if they simply enjoy the story.

L.L.: I am so very amazed at your knowledge of the Tarot. I know virtually nothing. Well, I’ve had my palm read once at a Renaissance Fair…does that count? Are you blessed with psychic abilities yourself? How did you learn so much about fortune tellers?

Erika Swyler: Getting your palm read absolutely counts. I’ve had mine read. A very nice man told me that water rules my life and that all my creativity comes from it. I wonder if he Googled me. When I was in school I was fascinated by Tarot (like so many college girls). When we’re feeling the most insecure we grasp at things give direction, especially if it’s direction from “the universe.” Tarot was great fun and I fell in love with the art. When it came time to find a way for my mute character to speak, Tarot was a natural fit because at heart, it’s a symbolic language. I dove
into all my old books on it, found new ones, and got my hands on whatever decks I could. I may have had to make a trip or two to witchcraft shops, but I’m no psychic. I’ve written some things that have come true—my life has come to mirror Simon’s in a ways that would have shocked me when I started writing The Book of Speculation. Mostly I think that’s because people write about life, and life has certain common story threads.

L.L.: I absolutely adore the feel of the book. The edges of the pages are ragged…there’s that stunning cover…and your very own illustrations! Wow. As I’m reading this, I’m looking back on the front matter and pleased I own first edition. How did your art work evolve and did you need to convince a publisher to include it?

Erika Swyler: Oh, I love the deckle edge on the hardback. Deckle edges ask you to take time with a book, don’t they? Oddly enough, St. Martin’s had to convince me to include the illustrations. The artwork started as a way to engage editors. I sent out a very unusual manuscript when I was searching for a publisher. Essentially, I sent an art object. I figured that if someone connected with it, they’d likely connect with the story inside. I hand bound, aged, tea stained and gilded sixteen copies of the manuscript so that it looked like the old book in that Simon, my protagonist, receives. Between the pages, I nestled tea stained illustrations mentioned in the story, and distressed tarot cards. This way anyone reading it would experience what Simon did when he receives this strange old book. I didn’t realize that I was actually illustrating a novel. St. Martin’s bought the art as well as the story, and I was floored. It hadn’t occurred to me that I’d been presenting the illustrations as part of the book. Obviously, that’s exactly what I’d done, but I’m always the last to know what I’m up to.

L.L.: The book is receiving lots of praise. Lots! What can you tell us about maintaining your humility, confidence, and efforts on the next novel. Does it make you more or less nervous when you sit down at the desk?

Erika Swyler: For every one person who loves a book there are always five more lined up to tell you it’s a heap, so staying humble isn’t too difficult. I’m stunned at the reception, honestly. This book spent a long time in a desk drawer. I was certain that no one but my mother would read it. That so many people have responded so positively towards it is a gift I couldn’t have imagined. It’s difficult to finally put these characters to bed. I think it takes a long time for the voices of your last book to quiet down and let new characters announce themselves. That said, there are new characters I’m figuring out. It’s interesting in that it’s a bit like learning to write all over again. I wouldn’t say that I’m more nervous when I sit down at the desk, but I’m definitely more aware of how long I might have to live with a character. That’s a little intimidating. I have to ask myself, “Do you really want to get into all that, Swyler?” Sometimes I really don’t. Oh, and I’m more mindful of accents now. Writing characters with accents is great fun, but it eventually gives public readings an unnecessary layer of difficulty. My Russian accent is bad. Really, really bad.

L.L: Okay…maybe I should back up a bit. Can you give us a glimpse as to what you are working on next?

Erika Swyler: Sure. I’m in the very early stages of a new project. It’s set in Florida in 1986. It’s centered on the relationship between an inventor father and his science-minded daughter. I’m playing around with concepts about space and time. So, nothing major.

L.L.: I keep thinking of that first chapter of Wild Boy…as his creator, do you have any—dare I say, speculation—of what became of his parents?  Why they did what they did?

Erika Swyler: It’s so easy to hate them, isn’t it? That’s because we’re applying our modern sensibilities to a

situation that doesn’t have our contemporary options. Eunice misses her son until the day she dies. I think she’s haunted by the memory of Amos’s scent in the same way he keeps dreaming of the smell of home. I’m certain there’s a draft with that scene in it lying somewhere in my office. Being a woman in that era Eunice couldn’t have much say in her husband’s decision to abandon Amos. This is still a time of public shaming. Her husband’s decision is based on Amos looking like his biological father, the lack of speech, and being a visual reminder of his wife’s infidelity. I wish I could say he was miserable, but as a domineering white man, he likely died fat and happy. Oh, wow. That’s terrible. Forget I said that. He died of an abscessed tooth. Really awful, drawn-out, excruciating pain. There. I feel better now.

L.L.: Thanks for being here today, Erika! We so enjoyed it.

Erika Swyler: Thank you! It’s been a pleasure. 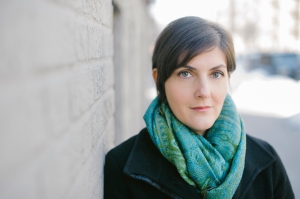 Erika Swyler is a writer living in Long Island, NY. Her work has appeared in WomenArts Quarterly Journal, Litro, various anthologies, and most recently The New York Times. The Book of Speculation is her first novel. Find her on twitter at @ErikaSwyler, or at erikaswyler.com.

Ah! In the craziness that is my life, I forgot to shout-out to @vincemgranata on his #pubday for this fabulous #memoir EVERYTHING IS FINE @atriabooks about a #family ravaged by #mentalillness, a horrific event, and #forgiveness, #redemption.
Low country.
💕Happy #pubday to the lovely and talented @sallyhepworth on THE GOOD SISTER @stmartinspress...a fabulous story about adult #twin sisters, Rose and Fern, a #family #history of #dysfunction, a narcissistic #mother, a #tragic #event, the wish for a #child, and so much more, including a slightly neuro-atypical character. I’m #reading it now and it’s so, so good.
Open-minded.
It’s not all about climbing. Sometimes it’s about stopping to see where you’re going and having a place to land.
There’s something completely delightful about covered porches and Spanish moss-draped trees, yes?!
Loading Comments...
Comment
×