Never preachy, and oh-so-relatable Lythcott-Haims is spot-on with her approach to parenting, over-parenting, and preparing your children for the adult world. Julie gets it–she’s a mom raising her two (now) teenaged children in Silicon Valley where it’s customary for kids to have most of what they want, thanks to high-powered and successful parents with seemingly endless resources. With compassion and empathy, Lythcott-Haims takes parents through the minefield of raising kids to be independent, and how that is, in fact, the best way to honor and support your children’s individuality.

Brimming with research and laid out in a manner all parents can appreciate, HOW TO RAISE AND ADULT is a deeply informed narrative, which reads as if you’re chatting with a good friend over coffee. You’ll come across cringe-worthy anecdotes of parental over-involvement gathered from the author’s observation and interviews with parents, teens, educators, coaches, and more.

HOW TO RAISE AN ADULT is about letting your children fly while offering them stepping stones to critical thinking, problem-solving, and resilience.

Due to an uber-busy book tour this fall–in fact, she’s in my neck of the woods right now–Ms. Lythcott-Haims is unavailable to join us for an interview, but…fear not, for here’s a little cheat-sheet for your next book group, coffee break, or anytime you’re with like-minded parents and want to delve into some of the topics addressed in HOW TO RAISE AN ADULT:

1. For better or worse, eighteen is not the magical age at which a child becomes an adult; ADULTHOOD is more than just a number. So what does it mean to be an adult? On page 145, Lythcott-Haims offers a response to this question with the help of Professor William Damon, who states that “an adult social role is one that is intrinsically not about you.” Do you agree or disagree with this definition? How would you define adulthood?

2. As Lythcott-Haims discusses in her introduction, parenting styles, values, and methodologies in the United States have changed through the years and between generations. Does (or will) your parenting style differ from that of your own parents? In your lifetime, have you noticed a broader shift in the ways we, as a culture, think about and practice parenting?

3. In the twenty-first century, TECHNOLOGY influences nearly every facet of our lives, including the ways in which we parent. On page 14, Lythcott-Haims presents the following examples of how technology has affected parent-child relationships: “Take, for example, the mother of a Beverly Hills high schooler who insisted her son text her hourly on his way to and from a beach outing with friends. . . Or the Stanford parent who contacted the university to say he thought his daughter was missing because he hadn’t heard from her in over a day.” How does technology play a role in the way you parent (or plan to parent)? Is the ability to be in constant contact a blessing or a curse?

4. As parents, it pains us to see our kids get hurt, or fail, or face ANY VARIETY OF DISAPPOINTMENT But Lythcott-Haims argues that the experience of failure is key to building resilience in children and young adults. To what extent, and in what ways, is failure a necessary crucible for growth? At what point, if any, should parents intervene to prevent struggle?

5. Developmental psychologists generally agree that there are FOUR TYPES OF PARENTING: authoritative, permissive/indulgent, neglectful, and authoritarian. These types are diagrammed on a Cartesian chart on page 146. If your parenting style were a plot point on this chart, where do you think it would fall? Has its position changed over time?

6. There are numerous examples throughout How to Raise an Adult of parents who become exceedingly INVOLVED in their children’s schoolwork and responsibilities—sometimes through college and even beyond, into their children’s professional career. Is it ever appropriate or acceptable for parents to assist their children with schoolwork? College applications? The job search?

7. On pages 81 to 83, Lythcott-Haims proposes a CHECK-LIST OF LIFE SKILLS that any self-sufficient eighteen-year old should be able to exhibit. Do you agree with the contents of this list? Are there skills or behaviors that you think should be added to or removed from the list?

8. On pages 166 to 174, Lythcott-Haims describes a 4-STEP STRATEGY FOR TEACHING LIFE-SKILLS: 1) first we do it for you, 2) then we do it with you, 3) then we watch you do it, and 4) then you do it completely independently. She acknowledges that the third and fourth steps are often the most difficult for parents to carry out, and require an enormous leap of faith. In your experience, why is it hard for parents to stand back? What are the fears and hopes involved, and how can a parent mitigate them?

9. One of the book’s major concerns is the PRESSURE that young people feel—to get straight As and perform well in extracurricular activities, and ultimately to gain admission to top-ranked universities and to obtain job offers from well-known companies—and the harms to mental health that result from this pressure. To what extent is it possible for individual parents to encourage effort and striving, and to reward achievement, without risking their children’s mental health and without fueling the “brand name brouhaha,” as Lythcott-Haims calls it on page 248? In what ways does our current collective value system resist individual efforts to turn the tide?

10. As discussed in Part 4 of the book, over-parenting not only negatively affects our children, but often places undue STRAIN ON PARENTS themselves. How does your parenting style affect your stress levels and your sense of self?

So…have you made it to the bookstore yet? Let me know your thoughts! 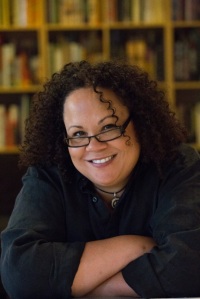 Bio: I am deeply interested in humans – all of us – living lives of meaning and purpose, which requires figuring out what we’re good at and what we love, and being the best version of that self we can be. So I’m interested in what gets in the way of that.  I wrote this book because too many adolescents and young adults seem to be on a path of someone else’s making, while being subjected to a lot of hovering and lot of help to ensure that particular path is walked, all in furtherance of a very limited and narrow definition of “success.”  I come at this issue from the dual vantage points of former university dean and parent of two teenagers, and with great empathy for humans.

I majored in American Studies at Stanford University (1989) and studied law at Harvard (1994). I practiced law in the Bay Area in the 1990s before returning to Stanford to serve in various roles including Dean of Freshmen, a position I created and held for a decade. In my final three years at Stanford I was Associate Vice Provost for Undergraduate Education and Dean of Freshmen and Undergraduate Advising, and in 2010 I received the university’s Lloyd W. Dinkelspiel Award for “creating the atmosphere that defines the undergraduate experience.” Since leaving Stanford in 2012 I’ve been pursuing an MFA at California College of the Arts in San Francisco.

In addition to non-fiction I write creative non-fiction, poetry, short stories, and plays. My work has appeared on TEDx talks and in the Chicago Tribune, Forbes, The New York Times, Slate.com, Time.com, and Huffington Post. I live in the San Francisco Bay Area with my husband, our teenagers, and my mother.

[Special thanks to Leslie Brandon at Henry Holt & Co. for this review copy. Discussion questions retrieved from Ms. Lythcott-Haims website].

2 thoughts on “BooKs On MondaY: HOW TO RAISE AN ADULT: Break Free of the Overparenting Trap & Prepare Your Kid for Success by Julie Lythcott-Haims”