THE DAY I DIED explores the fascinating and unique aspects of handwriting analysis to help track down a killer/kidnapper told in a dark, glimmering prose. 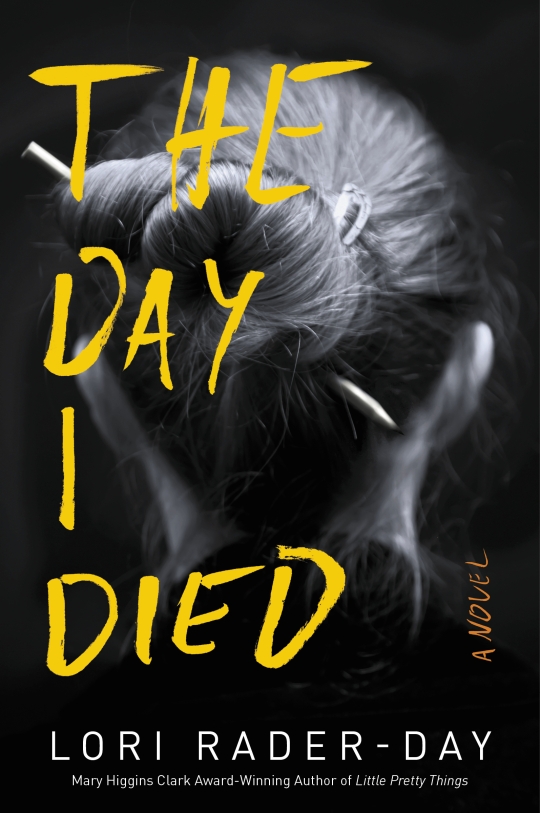 Lori Rader-Day burst onto the literary scene in 2014 with her debut mystery, THE BLACK HOUR, which won the Anthony Award for Best First Novel and was a finalist for the Mary Higgins Clark Award. And then her second book, LITTLE PRETTY THINGS, won the Mary Higgins Clark award and was named a 2015 “most arresting crime novel” by the notoriously cranky Kirkus Reviews.

That’s nothing to sneeze at. Now, with a new publisher, William Morrow, Lori returns with THE DAY I DIED (April 11, 2017), an unforgettable tale o f a mother’s search for a lost boy.

Anna Winger is on the run. We know she has secrets, but what exactly are they? This is part of mystery #1. The second is that there’s a 2-year-old boy missing from the town in which she and her 13 -year-old son are currently living. The sheriff calls her in, asks if she can take a look at some handwriting samples to discern where this young child is and perhaps who may have taken him.

And there’s more, too. Why is there a dead nanny in a bathroom stall? And who killed her?

Anna is working so, so hard to cover up this past of hers, the one she’s running from and trying her best to shield her son from. But the current events with the missing child is dredging up some dark memories.

Told entirely in Anna’s POV, we travel from small town Indiana to a Wisconsin lake, from present to past, and back again. Rader-Day’s skill lies in writing so authentically about the Midwest, getting into the heads of her characters, and weaving a tangled web of possibilities.

Please join me in welcoming Lori Rader-Day back to the blog couch.

Leslie Lindsay: Lori, it’s great to have you back. I always think of one of our first chats in which you told me that you could write anywhere, and that you once amassed many pages on a cruise ship. What are your summer plans this year?

Lori Rader-Day: My plans include writing, writing, and more writing, but probably not on a cruise ship. I’m teaching at Yale Writers’ Workshop (I’ll be in New Haven when this post launches) and Antioch Writers’ Workshop this summer, traveling to Mackinac Island to do a library talk and stay at the magnificent Grand Hotel, and did I mention writing? 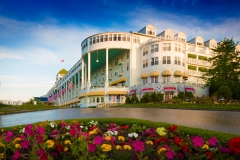 L.L.: I understand THE DAY I DIED was written as a short story during your creative writing program nearly a decade ago (I’m going to come back to that soon), what was it then that was the seed for this story?

Lori Rader-Day: I needed something new to bring to my workshop, so I went to a library and trolled around for inspiration. I found a book on the shelf, facing out, about handwriting analysis and thought, “Well, I don’t anything about that.” The short story is still in the book, though it’s bookended by a new beginning, some new scenes, and about 350 more pages after the story “ends.”

L.L.: And so THE DAY I DIED didn’t become your first published book. Or your second. Sometimes I think our best ideas take time to percolate. Was it that way for you, or something else?

Lori Rader-Day: The idea for THE DAY I DIED was a good one, but it was a complex one and one that I was not ready to perfect. When I finished the first full draft in 2009, I was in the middle of a day-job career transition and I think what I needed was distance from this story. I also needed something new to write in the mean time. The new thing turned into my first published novel, THE BLACK HOUR. After I turned in LITTLE PRETTY THINGS, I thought to return to THE DAY I DIED, to see if I was a good enough writer to make it what I had hoped it would be. The distance I had given it worked really well. It had been about six years by that point, and I was able to see where I’d set myself up badly. Revisions still took time, but at least my vision for the book was clear. 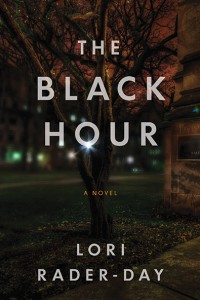 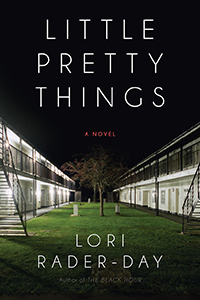 L.L.: I love, love the idea of handwriting analysis.[graphology]. As I was reading, I told my family about the premise of the book and got a few raised eyebrows, much like Sheriff Keller’s view of it being ‘woo-woo.’ What can you tell me about this practice? And I’d love to hear a few ‘truths,’ about handwriting styles, too. Have you ever had yours analyzed?

Lori Rader-Day:  I don’t have the training that Anna Winger does in the book; I’ve only done a little research in order to do the book. That said, I learned a few things, enough to intuit some vague ideas about someone’s handwriting. I have also had the chance to meet a couple of handwriting experts since I published the book; one of them did my Chicago launch event with me. We talked about the book a little, but then I interviewed him about his work and learned enough to do a sequel! He analyzed my handwriting for the audience, which was fun. (And he was kind, maybe suspiciously so.) One story he told that I’m fascinated by was one in which he worked with a farmer who claimed a contract with his “X” on it had not been signed by him. 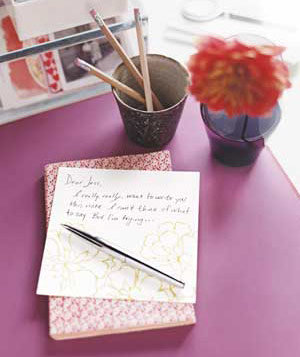 His X—he meant this literally—had indeed been forged, and this expert could tell just by the way the fibers in the paper showed the direction of the pen on each hash of the X. One letter, and this guy could tell that the X had indeed been forged. I’m not sure what I think of handwriting analysis when it gets into psychological attributes. I’m probably with the sheriff on this one. [there are several self-tests on handwriting on the Internet, which may be of interest. Here are my favorites. From Reader’s Digest, RealSimple.]

L.L.: Lately, I’ve been curious about life paths and how things end up. Fate, I guess. Happiness, too. And if we’re doing what we’re ‘supposed’ to be doing with our lives. Big deep questions. So…how it is being a novelist? What about the job are you wild about and not-so-wild about?

Lori Rader-Day: I’m definitely doing the thing I should be doing, but even so, I know what you mean. It’s a lot of work for a person who likes to sit around and read books, so even I have my doubts. Being a novelist is both fantastic and challenging. I love the writing and I hate the writing. I love the promotions and I hate the promotions, mostly because it’s exhausting. But then I’m the one who sets up my promotions for the most part. I’m the one in charge. I should just control my calendar a little bit more, right? But it’s been a joy to travel around talking about my book and meeting new readers. Oh, and seeing friends in each city. That is a real perk.

“Beautiful prose and tack-sharp observations round out this slow-burning but thought-provoking meditation on the ravages of domestic violence.”
— Publishers Weekly

L.L.: There’s part of me that sort of kind of feels THE DAY I DIED could be a series. Do you ever think about tossing your characters from one book into a new story?

Lori Rader-Day: I’m not sure I could do it. For each book, someone says it could be a series. Sure, I could figure it out. But the writing is what I enjoy, and part of why I enjoy it is because it’s a new puzzle of character and plot. I love series books and admire those who do them well, but I’m not sure when or if I’ll decide to continue one of my characters because I love the fresh new story so much. It started when I was writing during my lunch hours at a very demanding full-time job. If the story hadn’t been new and compelling to me, I would never have finished the book. 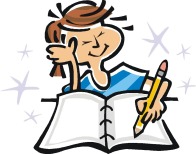 That said, I did get some ideas for a follow-up from that handwriting expert I talked with. Never say never! My next book, however, is another stand-alone. I love stand-alones.

L.L.: Anna is all about staying off social media, the Internet. But there’s some digging that has to be done in the story. What was the last thing you Googled? It doesn’t have to be literary.

Lori Rader-Day:  Hmm. I was Googling author websites this morning to a link to a book cover for a June release I added to Mystery Writers America Midwest Chapter. I’m the chapter president right now, but also apparently the web mistress. Yesterday I went through all my saved links looking for story ideas and organizing them into things I had saved for writing certain projects. I think that’s called procrastination.

L.L.: Lori, it’s been a pleasure. Is there anything I should have asked, but may 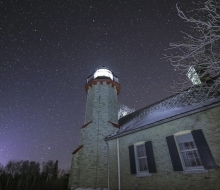 Lori Rader-Day: Most people want to know about my next project… As yet untitled mystery set in a dark sky park in Michigan, out from Harper Collins William Morrow in spring 2018. (I’ll let you all Google “dark sky park.”) Thanks, Leslie!

For more information about the book, to connect with Lori via social media, or to order your own copy of THE DAY I DIED, please visit: 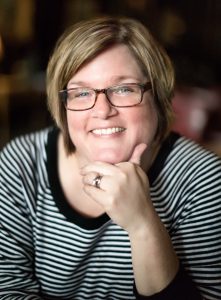 ABOUT THE AUTHOR: Lori Rader-Day’s debut mystery, The Black Hour, won the 2015 Anthony Award for Best First Novel and was a finalist for the 2015 Mary Higgins Clark Award. Her second novel, Little Pretty Things, won the 2016 Mary Higgins Clark Award and was a nominee for the Anthony Award for Best Paperback Original. Little Pretty Things was named a 2015 “most arresting crime novel” by Kirkus Reviews andone of the top ten crime novels of the year by Booklist. Her third novel, The Day I Died, will be released by Harper Collins William Morrow on April 11, 2017. She lives in Chicago.

You can connect with me, Leslie Lindsay, via these social networks:

[Author and cover image courtesy of WilliamMorrow/HarperCollins and used with permission. Other images as follows, all on 6.9.17: McGulpin Point Lighthouse Dark Sky Park  MI retrieved from http://www.darkskypark.org, image of exterior of Grand Hotel from grandhotel.com/galleries. Letter and flower from Pinterest, no source noted.]