From the award-winning author of LEMONGRASS HOPE comes a haunting new story of unbearable love, loss, and redemption, with a thread of magical realism woven from the Mayan myths of Guatemala and a poignant and surprising reveal you will never see coming.

Amy Impellizzeri is a gifted writer and I don’t say that lightly. I was taken with LEMONGRASS HOPE, but this book, SECRETS OF WORRY DOLLS, sealed my vote. I loved this book.

When Lu(na) and her mother’s home in suburban New York is hit by a plane bound to Guatemala, old memories surface. Why didn’t Lu go on that school field trip to the Twin Towers on 9/11? Why was her life spared and not her twin’s? And Mari, she’s grieving the loss of her firefighter husband in that horrific event (not spoilers–I promise, this is important backstory and set-up).

It’s now 2012 and nearing the end of the Mayan calendar. (Some) Americans believe the end-of-the-world is looming. Mari, a 9/11 widow and Guatemalan immigrant is keeping secrets from her 23-year old daughter, Lu; they simply cannot be contained in the tiny Worry Dolls Mari holds near and dear. But Lu’s kind of had it with her mother; their relationship is fraying.

A plane crash changes everything. Secrets leak. Pasts are uncovered. SECRETS OF WORRY DOLLS is absolutely compelling, gorgeously written with vivid characters transporting the reader to NYC and Guatemala and back again. I found I was flipping pages at a quick pace to find out what happened in the past and how it’s affecting the future.

L.L.: Amy, it’s a pleasure to have you back. I loved SECRETS OF WORRY DOLLS. The story is so multifaceted and built upon layers of lovely prose and backstory, yet true to the present-day story. I loved it. I cried, I cheered, I sighed those delicious moments of relief. Tell us, what was haunting you to write this story?

Amy Impellizzeri: Oh, thank you, Leslie! You have asked the perfect question – what was haunting me? I was indeed haunted for many years by events that occurred in the tiny seaside town of Belle Harbor, New York – where I was living in 2001, before, during and after 9/11. As I explain in the Author’s Note to this novel, I survived a plane crash on my residential corner on November 12, 2001, whereas many others did not. Writing this story of loss and survival was very cathartic and was a story that lived inside me for more than a decade before I figured out a way to tell it.

L.L.: I have to say, the 9/11 bit worried me a bit. We’re still living in this time where the horrors of the attack are very present…yet it was sixteen years ago.  You manage to add a soft hand to that fact and portray 9/11 in a sensitive light. Did you find writing about such a tragedy a challenge? What did you do to ‘get it right?’

Amy Impellizzeri: This was a tremendous challenge, and one that I never took lightly. I drew my inspiration from the scrappy resiliency of Belle Harbor (upon which one of the novel’s settings (Rock Harbor)  is based). Belle Harbor lost more of its population in 9/11 than any other town in the country, but also rebuilt from 9/11 and subsequent tragedies with breathtaking generosity. I knew that any 9/11 theme would have to be treated with the reverence demanded, and I also knew that while it is a universal grief shared by all of us, it’s important to acknowledge that there is – quite simply – loss that belongs very personally to some, and not others.

Amy Impellizzeri: Let’s see. How much time do you have?! Getting it wrong is a very real fear for me. When writing – as I love to do – about places, people, and cultures outside of my own personal experience, I strive for empathy and authenticity, but am always petrified about getting it wrong. But I think that’s a good fear to have. I hope it keeps me from taking shortcuts. I hope that fear keeps me on my toes, researching, interviewing, talking, and listening.

L.L.: I’m curious about character development. Lu and Mari are so flawed and fully-developed, yet so vivid. What (or whom?) was your inspiration in developing these two? How does character development look to you? Do you complete character sketches, collages? Do you just write and try to let them develop organically?

Amy Impellizzeri: So, at a very primitive level, Mari is based loosely on my childhood recollections of my own late grandmother – a perfectly imperfect character in her own right. She struggled with mental illness and a long history of bad decisions and tragic circumstances. When I knew her, she was trying to reclaim some sort of redemption for abandoning her two daughters (one of whom is my mother) and she was, for me – an amazingly interesting – but still so flawed – human being. Of course, since I wanted Mari to be a Mayan woman with ties to Guatemala, she took on a life all her own, with a backstory drawn from my extensive research into the horrors of the Guatemalan civil war – particularly from  the 1970’s into the 1990’s. Consequently, Mari evolved – along with her secrets – and Lu, for that matter – as the story evolved. For me, character development has to occur along with the story. As I am writing, I will sketch out backstory and other character traits on the side of the novel. I often discover interesting facets of the characters that I simply did not know when I started. But then I try to share all of the relevant backstory and development on the pages with the reader. So if there are any outstanding questions about individual characters at the end of the book, I promise you, I don’t know the answers either!

L.L.: This story is so complex, yet it’s not a challenge to read. Everything just flows. How did you structure the story? Was there careful plotting behind the scenes to give it that effortless read?

Amy Impellizzeri: Oh boy, organizing this book’s structure gave me such agita! The decision for strictly alternating viewpoints (Mari’s and Lu’s) came nearly a year into the writing and helped tremendously with the flow. I am not a steadfast plotter, and have to leave room for the story to surprise even me. Still, this book required a lot of pausing in between drafts for careful outlining. Every few months, I’d stop and spend a few days just outlining what the story arc looked like at that point, where the holes were, and determining where the pace had slowed. It took about 2 years of pretty steady writing to create the finished product.

L.L.: You have a special touch that isn’t quite magic, isn’t quite fantasy, but definitely a hand in the slightly paranormal/mythical realm. Can you talk about that a bit? Is that just ‘you’ as a writer?

Amy Impellizzeri: Oh, I love this description. It has surprised no one more than me that my first two books have landed in fantasy and magical fiction categories, among others. When a well known paranormal/science fiction blog found and featured LEMONGRASS HOPE I was so thrilled and yet surprised, because I didn’t set out to write a book that was anything other than “real.” I love that readers have also embraced the mystical elements of SECRETS OF WORRY DOLLS.  The truth is, I enjoy writing about the slivers of shared human experience that can – at times – defy scientific explanation. The deja vu of LEMONGRASS HOPE and the mystical elements of SECRETS OF WORRY DOLLS represent in a unique way (I hope!) those shared experiences that we can’t quite explain, but that affect us all, just the same.

L.L.: Also, can you talk about the Mayan Calendar a little bit? I recall thinking [in 2012], it had a very Y2K feel about it. I wasn’t really buying into the fact that the world was coming to an end, but well…I guess you can never be sure! Where do/did you sit on the subject? 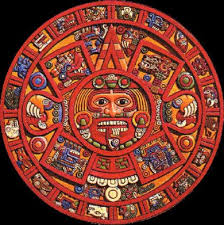 Amy Impellizzeri: I didn’t really buy it either! But, I was just starting to work on SECRETS OF WORRY DOLLS everyone was talking about the end of the Mayan calendar in late 2012, and I thought it would be a fabulous metaphor. What if the world really WAS ending? But not the way people said it was ….

L.L.: What was the last thing you Googled? It doesn’t have to be literary.

Amy Impellizzeri: So funny! Busted! I just googled Keith Urban tickets. I heard they went on sale locally and I want to take my kids to see him! (Seriously, are there any better storytellers than country musicians??)

L.L.: Amy, as always, it was a pleasure reconnecting. Is there anything else I should have asked, but may have forgotten? Oh! I know….can you tell us about your next book?

Amy Impellizzeri: THANK YOU, Leslie! It’s a huge honor to be featured on your site. I’m excited to announce that my next novel, THE TRUTH ABOUT THEA, is currently available for pre-order – releasing on October 17, 2017. At first glance, it might seem

like a bit of a departure for me – a psychological thriller about a woman diagnosed with pathological social media addiction – but one early reviewer made me so happy when she said: “The author keeps true to her style sprinkling in aspects of the mystic but develops a thriller so strong you will read well past your bedtime.”

THE TRUTH ABOUT THEA marks the first time I’ve used my 13-year corporate law background to incorporate legal suspense elements into one of my novels. It’s definitely my most ambitious plot ever, with plenty of twists, and like SECRETS OF WORRY DOLLS it has (I hope!) a surprising ending. Tell you what, I have an advance copy with your name on it. If you enjoy it, I wouldn’t mind inviting myself back to chat about it another time! (How’s that for subtle?!)

Thank you again for having me!

For more information about SCRETS OF WORRY DOLLS, to connect with the author, or to purchase your own copy, please visit:

ABOUT THE AUTHOR: Amy Impellizzeri is a former corporate litigator and award-winning author of fiction and non-fiction. Her debut novel, Lemongrass Hope (Wyatt-MacKenzie Publishing 2014) was a 2014 INDIEFAB Book of the Year Bronze Winner and a National Indie Excellence Awards Finalist. A favorite with bloggers and book clubs, Lemongrass Hope was named the #1 reviewed book in 2014 by The Literary Connoisseur, and topped several  bloggers’ “Best of” Lists in 2015. Amy’s second novel, Secrets of Worry Dolls, was released December 1, 2016 by Wyatt-MacKenzie, and was featured as an Editor’s Pick by Foreword Reviews that month. Secrets of Worry Dolls has been named a Bronze Winner in the INDIEFAB Book of the Year Awards (Multicultural Fiction) and a Finalist in the WFWA STAR Awards. Amy’s third novel, The Truth About Thea is set to release in October 2017 by Wyatt-MacKenzie Publishing. Amy is represented by Bob Diforio of D4EO Literary Agency.

Amy is also the author of the peer-reviewed nonfiction book, Lawyer Interrupted, published by the American Bar Association in 2015, and which has been featured by, among others, ABC27, The Huffington Post, TheAtlantic.com, and Law360.

Amy is a frequent invited speaker at legal conferences and writing panels across the country. She is Past President of the Women’s Fiction Writers Association, an international community of 800+ writers. Amy is also an invited member of the Tall Poppy Writers, an innovative marketing co-op of award-winning, best-selling and acclaimed women writers.

You can connect with me, Leslie Lindsay, via these social media channels: