From the #1 New York Times bestselling author of THE PILLARS OF THE EARTH and WORLD WITHOUT END comes the next epic novel in the Kingsbridge series: A COLUMN OF FIRE. 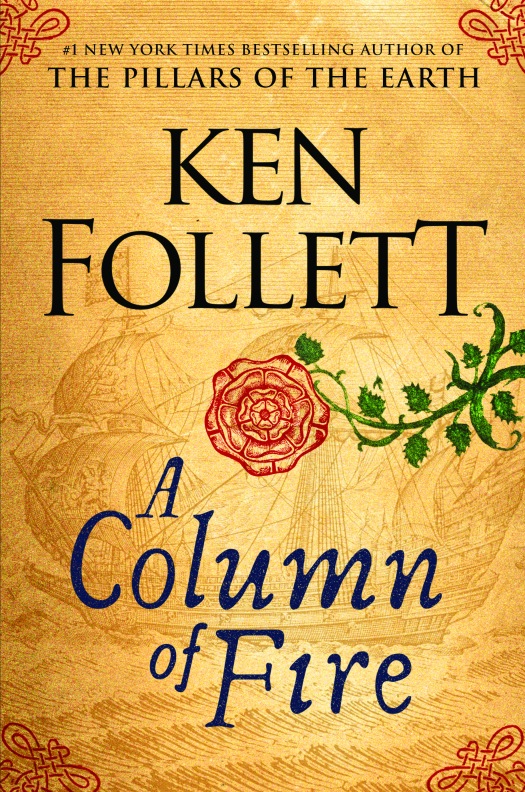 In 1989 Ken Follet published the historical epic THE PILLARS OF THE EARTH, a departure for the bestselling writer which stunned reader and critics alike with its ambitious scope and unforgettable cast of characters. That was nearly 30 years ago!. It reached #1 on bestsellers lists across the world, and since become Follet’s most popular novel. Ten years ago, Oprah selected THE PILLARS OF THE EARTH for her Book Club, and the second book in the series was published, WORLD WITHOUT END.

The saga continues with Follet’s new epic, A COLUMN OF FIRE (September 12, Viking). This one introduces a world of spies and secret agents in the 16th century, a time when Queen Elizabeth I ruled. Set during one of the most turbulent and revolutionary times in history, this novel is one of Follet’s most exciting and ambitious works yet. It’s perfect for longtime fans of the Kingsbridge series, but if you weren’t around 30 years ago, it works well as a stand-alone, too.

A COLUMN OF FIRE begins in 1558. The ancient stones of Kingsbridge Cathedral peer over a city torn to shreds by religious conflict. Power in England shifts precariously
between Catholics and Protestants, high principles clash with friendship, loyalty, and love.

I’m honored to welcome Ken Follet to the blog.

L.L.: Ken, it’s a honor to chat with you. While A COLUMN OF FIRE is part of a series, it still needs to be something you are willing to spend a significant amount of time with. Where did the inspiration for A COLUMN OF FIRE come from?

Ken Follet: I read somewhere that Queen Elizabeth I started the first English secret service. That intrigued me, and I read several books about spies and secret agents in the 16th century. I felt sure this could be the basis of an exciting novel.

L.L.: Let’s talk titles for a moment. Why did you choose to call the book A COLUMN OF FIRE? It sounds quite ominous.

Ken Follet: [It is]. It’s biblical, like THE PILLARS OF THE EARTH. Spies are sometimes referred to as a Fifth Column. And a lot of people were burned at the stake in the 16th century.

L.L.: So were you excited about returning to Kingsbridge? [There are numerous towns called Kingsbridge, but the one in Follet’s THE PILLARS OF THE EARTH is fictional].

Ken Follet: You bet. We’ve watched the place grow from an Anglo-Norman settlement to a thriving medieval town, and now we see it at the start of the English Renaissance. Kingsbridge is England in miniature. 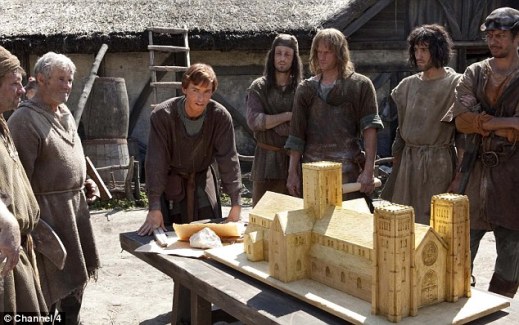 L.L.: We know that A COLUMN OF FIRE is about spies and secret agents in the 16th century. What other themes surround the book?

Ken Follet: Most of my recent books are about people struggling for freedom in one form or another: Welsh coal miners, Russian factory workers, Jews, African Americans. This is about religious freedom.

L.L.: Can you talk about how these themes relate to your own life?

Ken Follet: I’ve always hated people who assume they have authority over me. This made my schooldays a challenge, obviously. A bully makes me angry. I empathize with fictional characters who fight against tyranny.

L.L.: I can’t get over the historical scope of this book. Not to mention, it’s over 900 pages! What sort of research did you do for A COLUMN OF FIRE?

Ken Follet: There’s nobody left to interview, of course. As usual, most of my information comes from history books. I also visited houses and castles built in this period. I looked at 16th century clothing in the London Museum, and I went several times to the National Portrait Gallery to study the faces of Queen Elizabeth, Mary Queen of Scots, Francis Drake and many others.

L.L.: Did you visit the locations of the key events in A Column of Fire?

Ken Follet: Scotland for Loch Leven, the prison from which Mary Queen of Scots escaped; Belgium for Antwerp, then the banking centre of the western world; Spain for Seville, the richest city in Spain; Paris because it was the headquarters of those who conspired to assassinate Queen Elizabeth. 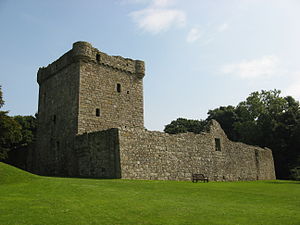 L.L.: Plenty of historians have written about this era. Who among them do you particularly like or respect?

Ken Follet: Robert Hutchinson has written well about espionage at this time. Geoffrey Parker is the authority on the long and bloody war in the Netherlands. Perhaps the most useful book was Conyers Read’s three-volume biography MR. SECRETARY WALSINGHAM, about the man who was he Elizabethan equivalent of “M” in the James Bond stories.

L.L.: So, I have to ask, are any of your fictional characters based on real people?

Ken Follet: Not really. I might give a villain the hair style of someone I dislike, and of course the female heroes all have something in them of Barbara, my wife; but my fictional characters are never portraits of real people.

L.L.: A COLUMN OF FIRE  has a number of real historical characters, including several heads of state. Who did you particularly admire?

Ken Follet: Three great 16th century leaders understood the need for religious tolerance, and interestingly they were all women: our Queen Elizabeth I; Caterina dei Medici, who was queen of France and then Queen Mother; and Marguerite de Parme, governor of the Netherlands. In an age of relentless bigotry, each of them tried to persuade people of rival religions to live in peace. For that they were hated. Their efforts were only partly successful. 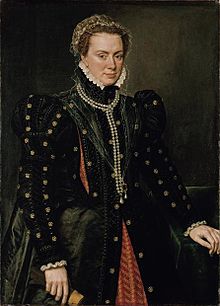 Each of them was undermined: Elizabeth by repeated plots to assassinate her, Caterina by the ruthless Guise family, and Marguerite by her half-brother King Felipe II of Spain. I admire their idealism, courage and persistence in the face of bloodthirsty opposition.

L.L.: You’ve had a long, illustrious career; what are you most proud of?

Ken Follet: It was a pretty good achievement to write a novel about the rather unpromising subject of building a cathedral in the Middle Ages and turning it into an international No.1. We’ve sold about twenty-six-million copies of THE PILLARS OF THE EARTH. That’s pretty good for a book a lot of people thought would be too dull.

L.L.: How long did it take you to write?

Ken Follet: The whole thing took three years and three months. After two years I only had about 200 pages, and I felt this was a crisis. And as a novelist the only thing you can do if you want to write faster is work more hours. So I started to work Saturdays and then Sundays as well. The difficulty is simply that you’ve got to keep on making up more and more stuff about the same people. If you write 100,000 words of a thriller, then it’s finished. But after 100,000 words of THE PILLARS OF THE EARTH that’s like that much. [He holds open first quarter of the book.] I had all that to go. [He holds open the final three-quarters.] That was the great difficulty.

L.L.: Some writers dread of their books being turned into films or TV series. But have you enjoyed the experience?

Ken Follet: Seeing good actors giving good performances, bringing to life characters I’ve invented and speaking some of the lines I’ve written is a huge thrill. When it all goes well it’s great. When it goes badly you cringe when you see what’s on the screen, but you have to take that risk.

I’m pleased and proud that some of my stories have made good film and TV. It confirms the strength of the story that it can be transformed from one medium to another. And I’m also pleased that my stories have been turned into a stage musical, several board games, and a computer game.

Ken Follet: I’m working on a new story, but I’m not yet ready to talk about it—sorry!

For more information, to connect with Ken Follet via social media, or to purchase a copy of A COLUMN OF FIRE, please visit: 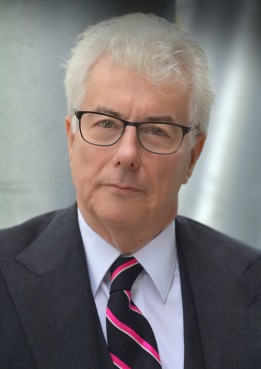 ABOUT THE AUTHOR: Ken Follett is one of the world’s best-loved authors, selling more than 160 million copies of his thirty books. Follett’s first bestseller was Eye of the Needle, a spy story set in the Second World War. Follett lives in Hertfordshire, England, with his wife Barbara. Between them they have five children, six grandchildren, and three Labradors.

[Cover and author image courtesy of Viking. Other images retrieved from Wikipedia, PILLARS OF THE EARTH television adaption image retrieved from Daily Mail, all on 8.26.17]