Impressive police procedural meets psychological thriller in this deeply unsettling tale of a shocking secrets, IN THE DARK is head-spinning and riveting. 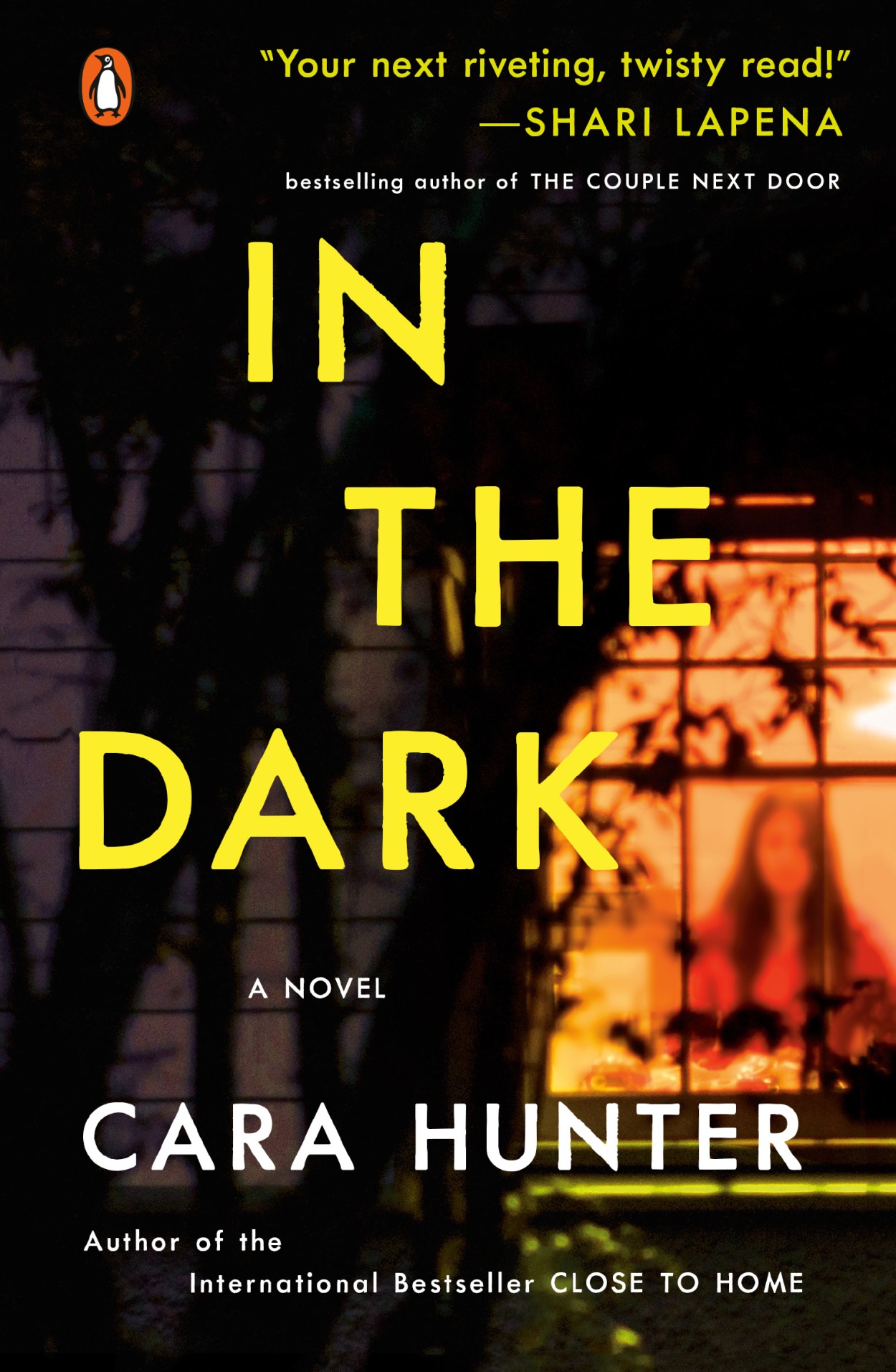 In her debut thriller, CLOSE TO HOME (2017), Cara Hunter took the U.K. by storm, introducing DI Adam Fawley and her dark police procedural mysteries. IN THE DARK is actually the second book in the series, but don’t let that deter you—IN THE DARK can very easily be a stand-alone read.

A young woman and her toddler child are found ‘by chance’ by a construction crew working on home renovations when a crumbling shared wall is breached. They are starved, dehydrated, clinging to life and vastly unknown. How did this woman and her child find themselves locked in the basement of Dr. William Harper, a retired–and slightly demented–academic? The woman can’t speak, there are no missing persons reports, and the old man who owns the house claims he knows nothing.

“A tense exploration of manipulation and betrayal . . . A solid psychological thriller with carefully developed characters and disturbing, cleverly masked revelations that will appeal to fans of Tana French and Sophie Hannah.”

But that’s only the beginning. As DI Fawley and his team dig deeper, they learn there could be much more going on. What of the death of reporter Hannah Gardiner? Her body is found near Dr. Harper’s home as well. Could the two cases be linked, and if so, how?

IN THE DARK is crime fiction at its best. Uniquely structured in terms of narrative flow—IN THE DARK—is told from multiple POVs interview reports, texts, newspaper articles, and so forth. Those who love piecing together a mystery will enjoy this; it felt very authentic to ‘working a case.’ Plus, Hunter certainly covered her tracks; the research is highly evident and the end is a doozy.

Be prepared for a heart-stopping novel about long-buried secrets, the lengths some will go to get what they want, and the monsters who hide in plain sight. I promise, you’ll be much warier of whom you let into your life.

Please join me in welcoming the lovely Cara Hunter to the author interview series.

Cara, I am in awe of your deeply unsettling—but also researched tale. Can you tell us a little about ‘why now’—what was haunting you or propelling you to write this story?

I live in the same part of Oxford I write about, and some of the houses round here really are huge – real Gothic monsters. One day I was out for a walk with my husband and he remarked, quite casually, that someone could be hidden away in one of those houses and no-one would have any idea. We’d also rented a house locally for a while before that while we had some building work done – the rental had a really eerie basement with strange body-shaped items wrapped in bubble-plastic, which the owner had left in storage and which used to freak me out every time I went down there. And then of course there were the real-life ‘cellar cases’. I suppose everything just started to coalesce at that point. I often find that – a news item or something from your own experience suddenly sticks to another fragmentary idea, and then another, and all at once you have the beginnings of a story.

Much of IN THE DARK reminded me of my favorite TV show, ‘Criminal Minds’ and also Emma Donoghue’s book, ROOM—ironically, both are mentioned within the narrative. I am also wondering about the Fritzl case in Germany and also Maude Julien’s tale, THE ONLY GIRL IN THE WORLD. Oh! And the Cleveland, Ohio situation. Can you talk about some of these influences please?

The Fritzl case was definitely an influence, and as you say, I’m not the only novelist or screenwriter who’s found the horror of that real-life story turning into the springboard for a new fictional narrative. The Fritzl case was particularly haunting because I don’t think anyone could quite believe something so appalling had really happened; I suspect any writer who’d tried something like that as a fictional plot before that story came to light would have got pretty short shrift from their editor. But it seems there really is no limit to man’s inhumanity to man. Or – in that case – men’s cruelty to women, even their own daughters.

I loved ROOM – it was such a sensitive and insightful way to recast the same trope. It was a huge hit in the UK so it was only natural that at least one character in my own novel might be inspired to read it, given the events that evolve in the story. And it turns out they don’t just read it, but find something vital in it – but I’m not going to spoil it for anyone by revealing what that is!

It would be easy to say that this kind of thing happens all the time. But it doesn’t. Instances like these are rare—but they sure make for compelling stories. Did any of your research give you a sense of how often dark situations like this happen?

There were definitely more cases than I’d realized, especially in the US. I knew very little about Jaycee Dugard, for example, before I wrote the book, and I did research about the Ohio case too. One thing that came home to me again and again in all these cases was the ability of the perpetrators to hide in plain sight – that was especially chilling.

And speaking of research, I understand you have quite the team you can reach out to with questions surrounding crime—DNA experts, detectives, etc. Can you talk a little about that? And also, how does a writer not get too bogged down in the research so she can focus on the writing at hand?

I wrote CLOSE TO HOME without any advisers at all – just me and the internet! But my first editor in the UK advised me that it would be a good idea to check specifics with a police officer, so I now have a Detective Inspector who has extensive experience with handling serious investigations, and helps me with the procedural details. I think that’s really crucial to the ‘reality effect’ the books are trying to achieve. I’ve had some very nice compliments from readers who are serving police officers, so that’s always great feedback to get!

My CSI adviser used to be a forensics officer himself, and is fantastically good at the details of crime scene analysis. He drew the two crime scene sketches in IN THE DARK, which I’ve never seen in a novel before, so I think readers are going to like poring over those! As for research in general, I always go by the rule that the story should drive the research, and not the other way round. There are some exceptions of course – sometimes one of my advisers will mention something from their experience that sparks an idea for a plot, but in general I think through the story in considerable detail before I even start working out what I need to know technically to get it right.

My editor tells me a writer should always learn something at the end of [writing] her book. Whether it’s fiction or non-fiction. What might you say you learned from writing IN THE DARK?

I certainly learned a lot more about my ‘leading man’. I find Adam Fawley endlessly fascinating – just as well, you might say, given how much time I have to spend with him! One of the great pleasures of writing a series is that you can ‘peel back the layers’ with your central character and it really is like getting to know a real person. That might sound strange, but I’m sure other writers will know what I mean. He’s very close to my heart now, and I always smile when my readers confess they have a crush on him (I do too, but don’t tell anyone).

IN THE DARK also taught me quite a bit about Japanese netsuke, as well as the role of crows and ravens in folklore, and some much more geeky things like how to lay-out a TV documentary script (one of the many ‘documents’ readers get to analyse as they race the police to crack the case).  I completely agree with your editor that you should always learn something by the end of a book, and that goes for readers as well as writers – and I reckon the more the writer learns, the more the reader will find.

Cara, this has been so eye-opening. Thank you. Is there anything I forgot to ask, but should have? Perhaps, what you’re working on next, what’s on your ‘to-read’ pile, what your holiday plans are, or anything else you’d like to share.

Right now I’m working on the fourth book in the series, which is called ALL THE RAGE. I have to confess I totally love that title! All the books have three-word titles which are deliberately ambivalent (IN THE DARK, for example, is about both literal and metaphorical darkness).  I’ve been hard at that fourth book for a few months now, so I have a stack of crime and thrillers on my pile that I can’t wait to get to – one of the perks of this lovely job is getting advance copies of great books and I’m looking forward to the new offerings from Sarah Hilary, Jane Corry, John Marrs and JP Delaney (among others).  My best reading time is on holiday, and I often get my best creative ideas then too – CLOSE TO HOME was literally born on a Caribbean beach! I have another holiday coming up soon, so fingers crossed I come back with ‘number five’…..

For more information, to connect with the author via social media, or to purchase a copy of IN THE DARK, please see: 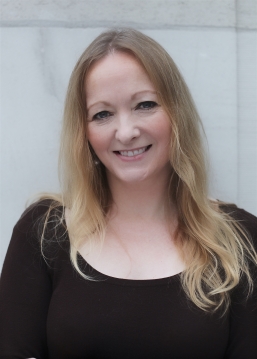 ABOUT THE AUTHOR: Cara Hunter lives and works in Oxford. She also studied for a degree and Ph.D. in English literature at Oxford University. 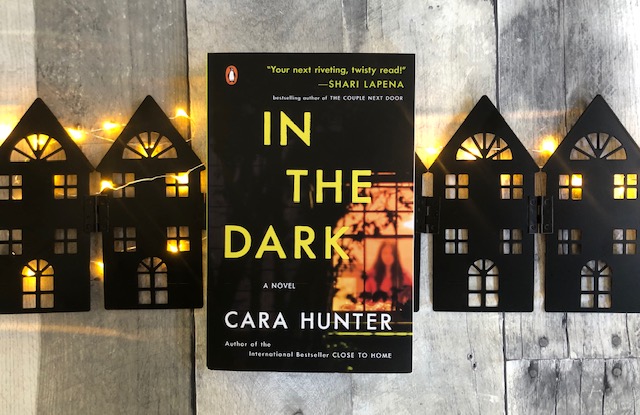 2 thoughts on “Crime writer Cara Hunter talks about the inspiration behind IN THE DARK, her research, how this one is a little like ROOM, but so much more sinister”