Historical debut about the famous French-Canadian quintuplets born during the Great Depression, THE QUINTLAND SISTERS (William Morrow, March 5 2019) is about love, heartache, and resilience.

I am stunned and amazed that I never knew so much as a peep about the first surviving identical quintuplets. Journalist and debut author, Shelley Wood, tackles the vast amount of research in bringing these tiny miracles to life.

Born in 1934 to French farmers in a hardscrabble area of Northern Ontario, readers will experience firsthand the harrowing birth, the precarious first days, and then the scandals-–how the babies are removed from the parents’ custody, put on display (for profit), and more.

The writing is largely first person, told from the POV of young Emma Trimpany, who is 17 in 1934, and a reluctant midwife to the babies. She has no training but is there the evening Mrs. Dionne goes into to labor. This beginning was absolutely gripping and had the ring of the BBC show, “Call the Midwife.”

Emma stays with the Dionne family and helps raise these girls–Annette, Yvonne, Emilie, Cecile, and Marie, even when other nurses are fired or leave, and when the Dafoe Nursery is built to house the children. Emma has an eye for art and detail and takes scrupulous notes (and sketches) in her ‘scribble’ journal. It’s largely through this media that we get an inside peek at ‘the girls’ and their development.

Peppered throughout THE QUINTLAND SISTERS is also newspaper articles and various (fictional) letters back and forth between Emma and her beau, Lewis, but also Emma and the first nurse, Yvonne “Ivy.”

THE QUINTLAND SISTERS is certainly a unique story, one which captured their own country and the world beyond, drawing tourists from the U.S. and also interest from the King and Queen of England; a slice of history I was unaware of and became truly enthralled in learning more.

Please join me as I welcome Shelley Wood to the author interview series:

Shelley, this is your first book, but you’re a journalist and editor, and your writing has appeared in various literary journals. Can you tell us how your past experience informed your writing of a novel? How do the types of writing vary—or do they?

As a medical journalist and editor, I’ve been writing about health research and policy for the better part of two decades, so my day-to-day writing hasn’t been particularly lyrical or evocative. But I do think that having to write engaging sentences about life-or-death topics has been good practice for writing fiction because it made me care about words and precision, about capturing things just so. Writing fiction is different, of course, because I can allow my imagination to take over in ways I obviously can’t do with medical reporting, and this is both freeing and daunting.

Ultimately when it came to writing this novel, I actually relied heavily on other people’s journalistic work—newspaper articles, as well as books by journalists like Pierre Berton and Ellie Tesher—even using real articles in the novel. This allowed me to play with notions of ‘fact’ and ‘fiction’ for a story that has always provoked very strong and disparate points of view: ultimately I hope readers will come away from this book puzzling over what ‘really’ happened and will seek out what the quintuplets themselves have written or said in all the years since the years covered in my novel.

Lastly, I think my training and experience as a journalist—always on the look-out for topics that others have overlooked or forgotten!—is a big reason I was drawn to this strange, sad story in the first place.

“Wood cleverly combines fact and fiction in a fast-paced novel that will leave readers contemplating how the best intentions of government intervention can have dire, unanticipated consequences.”
– Publishers Weekly

I have to admit: I had never, ever heard of the Dionne Quintuplets. At all. So, I was quite intrigued. I found myself looking them up on the Internet, and finding more about them. First, what drew you to the story, and can you tell us a little about your research process?

I hadn’t heard of them either! This is exactly why I felt I’d stumbled on a story that was on the verge of being forgotten. I had quit my job with the sole aim of trying to write a novel, but had no idea what to write about. So, I took myself to the library hoping to find some kind of inspiration and stumbled across an old-fashioned photo of five identical girls, clearly born before fertility drugs and IVF. I started asking people whether they knew the story of the Dionne Quintuplets and so many people hadn’t that I figured: here was a story worth telling. I’ve since learned that this is partly generational and partly geographical: if you were born in the Canadian province of Ontario or Quebec, you’ve likely heard of the Dionnes; if you are over age 60, you know parts of this tragic story. But if you live somewhere else, or you’re aged 50 or younger, this is a story that was really falling through the cracks of history.

I began by trying to track down everything ever written about the quintuplets and learned that they co-authored two separate biographies—they’re not easy to find now, but I would encourage anyone interested in this story to try to get their hands on these old books. There are also a handful of other non-fiction books that have been written, from quite different perspectives, as well as a few documentary films and one television miniseries, all of which helped me understand the early years covered in my novel. The jackpot, for me, was the newspaper coverage of the girls during their youngest years, because newspapers across North America were infatuated with the Quints, as they called them. As I’ve said, I relied heavily on these while researching and writing this book.

Also, just the oddity of quintuplets in the first place! Back in the 1930s—during The Great Depression, no less—people certainly were not using IVF. What did you learn about the incidence of quintuplets? Do they ‘run in families?’ Did Mrs. Dionne come from a family of multiples? And then—oh my!—she went on to have three more babies, so the Dionne family’s grand total of children was 13! Can you talk about that, please?

Without the benefit of fertility drugs, the chance of identical surviving quintuplets, occurring naturally, is estimated at one in 57 million. And at that time, in the 1930s, born in an isolated farmhouse, this truly was a miraculous tale of survival, which is partly why the world was so enthralled with their story. The fact that this was a French, Catholic, working-class family, up against an English, Protestant government also played a huge role in dividing Canadians over who was right and who was wrong, and what could have been done differently to ensure the protection of these little girls, both around the time of their birth and in the years and decades to come.

How about a fact or two about the sisters that didn’t make the book?

Some people would be interested to know that while the quintuplets were the first genetically identical quintuplets to survive to birth, there were actually six identical girls, originally, not five. Elzire Dionne, their mother, is believed to have miscarried the sixth early in the pregnancy.

The other thing worth mentioning is that, as bizarre and abhorrent as it now seems that these little girls were taken away from their family, gawked at by tourists, and exploited by their guardians, their lives did not improve once they were reunited with their parents—a period not covered in my novel. They never grew close with their brothers and sisters and, in explosive revelations detailed in a 1995 biography, accused their father of sexual molestation and their mother of physical abuse, allegations their siblings vigorously disputed.

In some ways it seems as though the Dionne quintuplets were the first ‘reality show’—they were essentially put on display behind a glass-walled nursery and playground until they were about nine years old. People from all over came to see the quints—and paid a fee—to do so! Wow! And now we have reality TV shows doing much the same. What can you tell us about the Dafoe Nursery? Is it still standing?

In fact, tourists were never charged a fee to visit Quintland; rather, it was the millions of dollars in tourism revenues for the province as well as the money made through advertisements and product endorsements that made the Dionne quintuplets such a cash cow for the government, their parents, and their appointed guardians. Many, many people grew rich off the spectacle that was the Dionne Quints.

What’s extraordinary is that the Dafoe Nursery—the purpose-built home and tourist attraction where they spent those first nine years—is still standing, but there isn’t anything to mark the site as significant, no signpost indicating that this was one of the biggest tourist attractions in North America. I have the sense that the government is slightly ashamed of this dark chapter in history and would prefer people forgot that it ever happened. 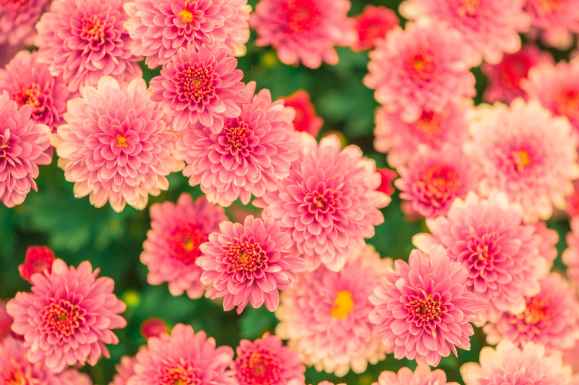 What is obsessing you these days? It doesn’t have to be literary?

Oh, but it is! As thrilled as I am that my book is out in the world, sparking fresh debate about this sad story, I’m already obsessing about my next project. This isn’t super-easy, because I’m back working full-time as the editorial director for the Cardiovascular Research Foundation in New York. But I’m committing a few hours in the evening and on the weekend to plug away at my next novel. This time around I’m hoping to draw more on my knowledge of medicine and the pharmaceutical industry to explore society’s fascination with genetics and aging, and how that’s evolved over the past century. That sounds deadly dull when I saw it aloud, but I’m loving the research and marveling at the fact that I have a new idea and new characters inserting themselves in my idle thoughts. 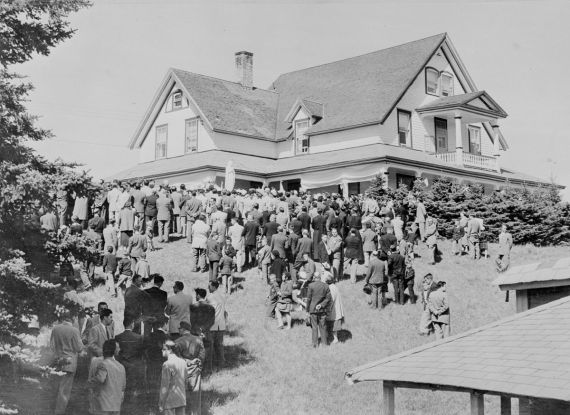 Shelley, it’s been a pleasure. Is there anything I should have asked, but may have forgotten?

I always feel like I should remind people that THE QUINTLAND SISTERS is a work of fiction: Emma Trimpany and others were my own invention and people who once lived are used fictitiously in my book. It’s also an epistolary novel, meaning that it’s made up entirely of documents: diary entries, letters, and newspaper articles. This type of novel always requires a bit more work on the part of the reader, to fill in the gaps and be vigilant about what the (very subjective) narrator might be omitting. And in this case, even the newspaper articles could hardly be construed as objective! My hope is that readers will get a sense of just how polarizing this story was—and is, to this day—and will be moved to find out more once they set down the novel. 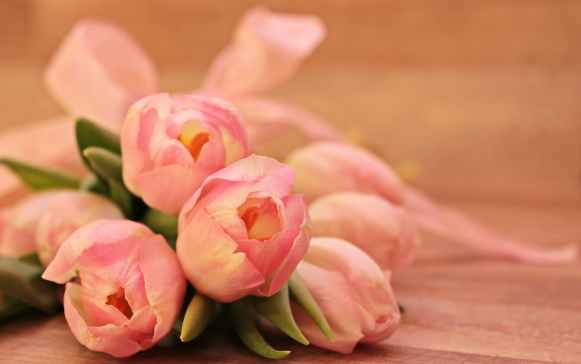 For more information, to connect with the author via social media, or to purchase a copy of THE QUINTLAND SISTERS, please see:

ABOUT THE AUTHOR: Shelley Wood is a writer, journalist, and editor. Her work has appeared in the New Quarterly, Room, the Antigonish Review, Causeway Lit, and the Globe and Mail (UK). Born and raised in Vancouver, she has lived in Montreal, Cape Town, and the Middle East, and now has a home, a man, and a dog in British Columbia, Canada. 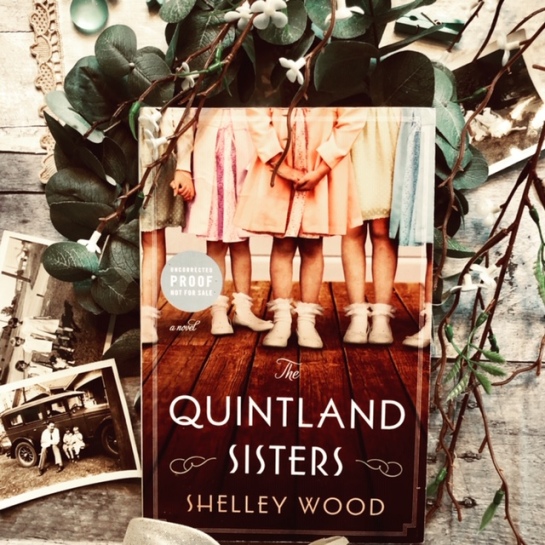 [Cover and author image courtesy of HarperCollins and used with permission. Early images of Dionne Quintuplets retrieved from on 3.25.19. Artistic cover photo designed and photographed by L.Lindsay. Follow on Instagram].