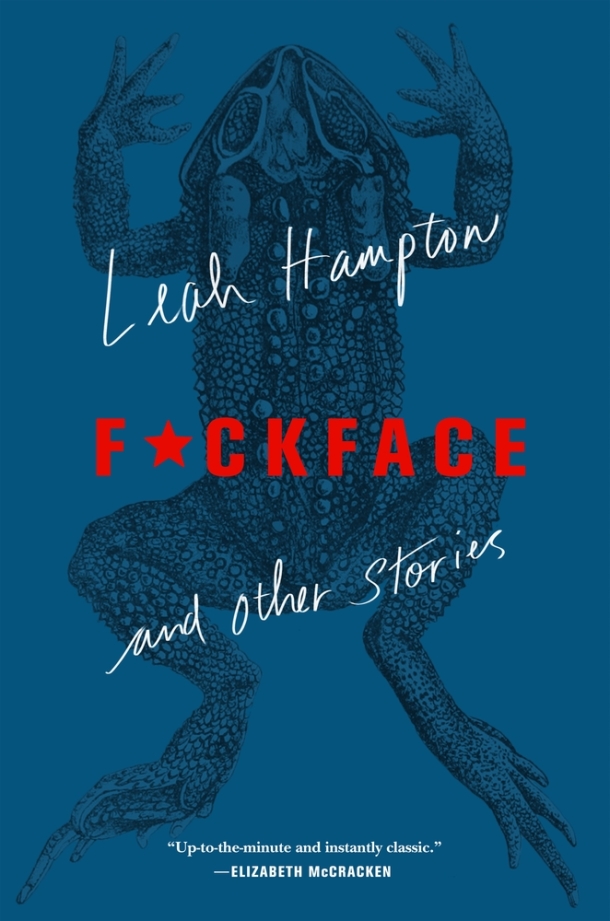 Recently, my family and I visited rural Appalachia for the first time; I was swept away. The geography, the landscape was at once familiar, and yet foreign. It stirred me; cast a spell. Something about the purple haze unfurling from the mountains, the way they were formed when the African continent collided with the North American one, creating a buckle, then drifting away, seems somehow poetic and disturbing. And so when Leah Hampton’s F*CKFACE: And Other Stories (Henry Holt, July 2020) came to my attention, I knew I had to read it.

F*CKFACE is comprised of twelve short stories, all set in Appalachia, and are at once funny, tragic, and disturbing. There are park rangers and corpses, illicit sex, dead bears and grocery stores, infertility, there’s a young man estranged from his parents and more distanced when he leaves for Afghanistan; there are frogs and locals and tourists; there’s Dollywood, too. The stories and people cross time, but are mostly set in the last 30 years. This is not a linked story collection, but what tethers them together is the geography, the culture.

I found the writing to be descriptive, yet I wanted to go even deeper, to get into the connective tissues of these characters, yet I discovered alarming emotional responses as I read, a few gasps, and tummy-rolling heaves. The atmosphere of F*CKFACE is dark and dank, a foggy sky read beaming with kaleidoscopic perception.

Please join me in welcoming the lovely and talented Leah Hampton to the author interview series.

Leah, welcome. I grew up in Missouri, that interstitial state that is neither south nor north, not exactly rural, not metropolitan, but there are elements of all and then some. When I lived in Minnesota, I was ‘Southern,’ when I visit Missouri now, as a Chicagoan, I am a ‘big city girl.’ I don’t identify with being any of that. I think F*CKFACE is about geography and people, about roots. Would you agree on that? And if I’m wrong, can you explain?

Absolutely. The epigraph to the book is a quote from Wendell Berry:

All the stories in F*CKFACE are about our interdependent relationship with our environment. Or maybe codependent is a better term! Our ecosystem acts on us, body and soul, and vice versa. I wanted to explore that relationship, and show how that symbiosis is especially important in Appalachia. 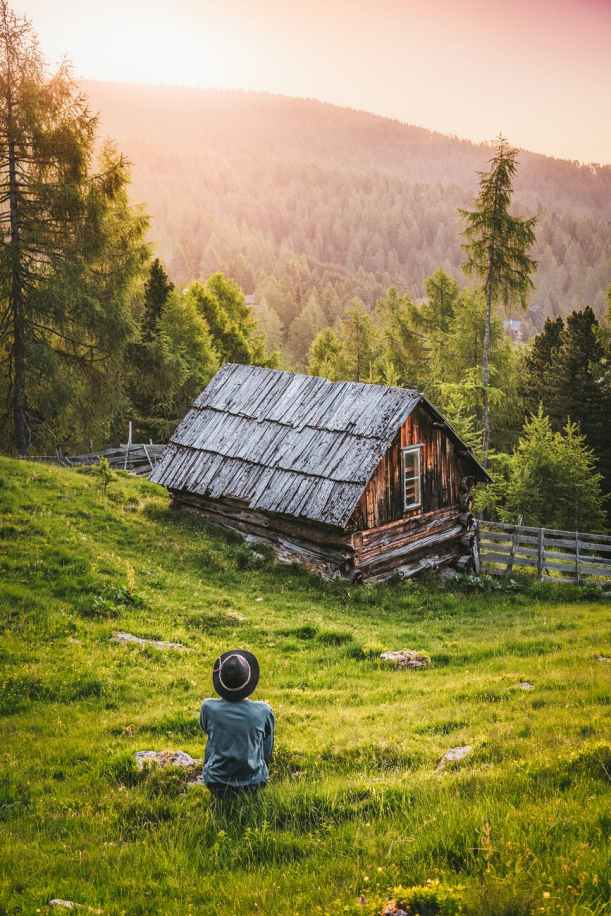 Photo by Felix Mittermeier on Pexels.com

What binds the stories of F*CKFACE is place. The characters don’t overlap in terms of a linked collection, but one gathers glimpses of personalities and traits bridging characters and stories. Grit. Resilience. An innate intelligence. But also stereotypes. What was your goal with this collection? What were you hoping to distill or explore?

Again, my primary motive was to explore the ecology of the region and how it connects to individual experience. But I’m also interested in expanding people’s understanding of a very misunderstood place. When I tell people where I’m from, they often react with stereotypes or things they’ve seen in movies—poverty, opioids, “hillbilly” jokes. Appalachia is much more diverse and complex than that, so I tried to write about people, places, and experiences that are not often depicted in contemporary stories and popular culture. 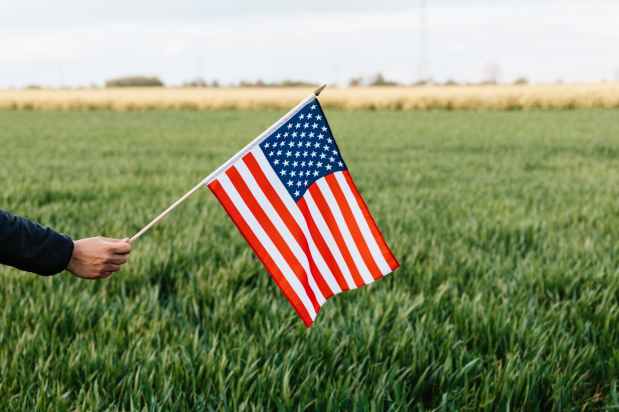 Photo by Karolina Grabowska on Pexels.com

I’ve become increasingly interested in place—geography—culture. In fact, while I had never been to rural Appalachia before, I was struck with a familiarity. It reminded me of my origins in southern Missouri. The ramshackle places buried in vines, the dilapidated buildings, the twang. Facial features on strangers seemed somehow familiar. Even the street names and small towns were entwined in my veins. Later, I discovered ancestors on my father’s (and mother’s!) side hailed from eastern Kentucky. Still other from Tennessee. I found their places on Google Earth—or what had been their places. I found names and traced families back to the 1700s. It seems there was a reason the landscape struck a chord. Do you think we’re born with a piece of earth inside of us? A genius of loci, if you will? On another side note, I took an on-line quiz that promised they’d be able to tell where I was from based on the words I used. I got Kentucky. I’ve never lived in Kentucky. And have only visited once. What can you add to that?

This is a really interesting question, because of the history of the region and its outmigration. It makes total sense that a Missourian like you would be able to trace her roots back to Kentucky. Many of the successful explorers and settlers who went west were from central Appalachia. Davy Crockett and Sam Houston are two famous examples, and museums and history books out west are full of names from eastern Kentucky and Tennessee. Another thing to consider is that the Appalachian mountains are literally the oldest land on Earth. Geologically, this was one of the first land masses to emerge from the primordial soup. That’s why there’s so much coal (and other natural resources) here, why the hills are so rounded and worn down by time. This is an old place, and everyone who comes here feels connected to something ancient and important.

Several times throughout the stories in F*CKFACE, we come across this notion of a ‘holler.’ This might have multiple interpretations. I think if it as ‘if you can holler and someone responds—likely a relative—you live in a holler.’ Or hollow. But it’s also a depression, a valley between mountains, am I right?

Yes, hollers are slang for “hollow,” which is a topographical feature. We also have gaps, bottoms, coves… lots of terms for the different kinds of passageways between mountains where people live. Hollers are similar to valleys, but they’re narrower and tend to be close-knit communities. There’s a lot of folklore and cultural identity associated with hollers. It’s a place to hide, to go home to, and, often, to escape. 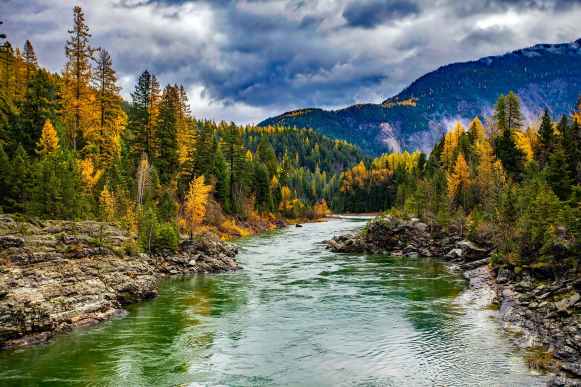 How do you see Appalachia changing? What do you hope readers take away from F*CKFACE?

The greatest change I see in Appalachia is climate change, so the book deals with environmental issues that I want readers to be aware of. Also, Appalachia has always been much more culturally diverse and progressive than outsiders realize or give us credit for. My community, a very small town in a rural county bordered by national parks and forests, may look to outsiders like “Trump country,” but we actually have more registered Democrats than Republicans here. I hope readers take away from my book that this is a rich and complicated place, full of people who don’t fit the stereotypes about rural people. I also hope readers will think about their own ecosystems, and ask themselves how the land around their homes influences them, and vice versa. We should all be more in touch with the environment, especially since we are doing so much damage to it.

Can you talk a little about your writing process? Do you have any rituals or routines that ground you? What do you find yourself thinking or doing when avoiding the page?

I love this question, because I’m one of those writers who gives hope to all the “messy” people out there! My process has zero rhyme or reason. My desk is a mess—books, scraps of paper, random objects. I usually write in the mornings, which I recommend, but that’s not a hard rule. And I don’t write every day. I get consumed with a story, dive deep into it, and write in a kind of obsessive fugue state for a while, then I emerge. It’s exhausting, and I can’t do it all the time. The main thing is to just be ready for these marathon brain dumps when they come. I also love that you asked what I’m thinking about when I’m avoiding the page–such a great question. I definitely spend too much time on Twitter, so that’s a distraction, but my main way of avoiding writing is to binge watch Netflix or read other people’s work. I’m obsessed with stories. If I’m not writing, I’m picking apart a movie and trying to predict what will happen, or wincing at bad dialogue in a book, that kind of thing. My brain pretty much makes or analyzes stories all day, every day. Even my dreams have major plot points! 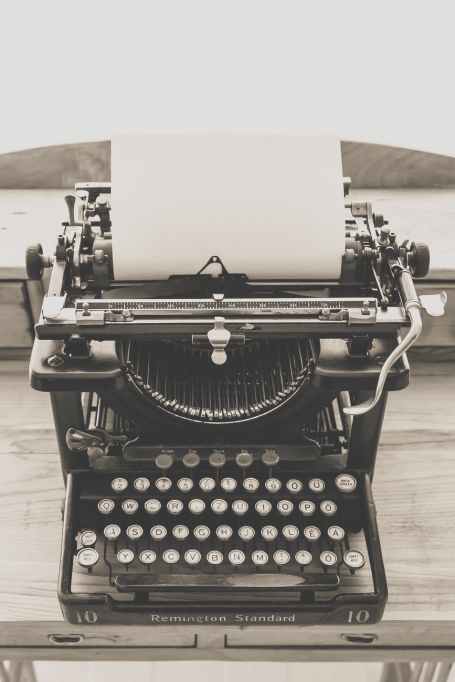 Leah, this has been so fascinating. Thank you for taking the time to chat. Is there anything I should have asked, but may have forgotten?

Thank you so much for your close reading of the book, and for your thoughtful questions. I hope you get to visit our mountains again soon.

Artistic photo of book cover designed and photographed by me, Leslie Lindsay. Join me on Instagram for more like this @leslielindsay1 #alwayswithabook #alwaysreading. 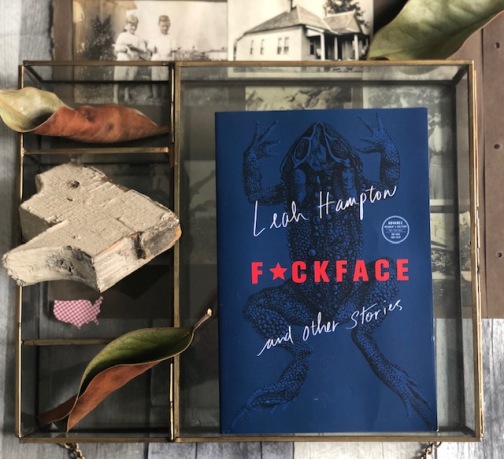 For more information, to connect with Leah Hampton via social media, or to purchase a copy of F*CKFACE, please see:

Some books came to mind as I read–and you might also enjoy DARLING ROSE GOLD (Stephanie Wrobel), HILLBILLY ELEGY (J.D. Vance), THE SUNDOWN MOTEL (Simone St. James), and perhaps touches of Karen Russell’s ORANGE WORLD (with less magical realism) and also, Bobi Conn’s IN THE SHADOW OF THE VALLEY (Q&A forthcoming here on 7/20/20), and the forthcoming EVERY BONE A PRAYER (August 4 2020) by Ashley Blooms. Also, you may like ARIA VISCERA, a poetry collection by Kristi Carter. 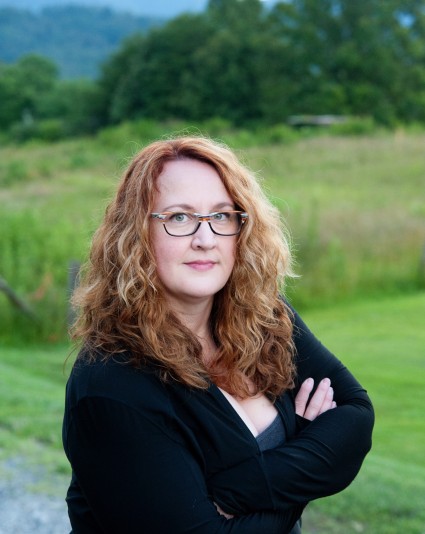 Leah Hampton lives in the Blue Ridge Mountains and is a graduate of the Michener Center for Writers. Her work has appeared in Electric Literature, McSweeney’s, Ecotone, storySouth, the Los Angeles Times, Appalachian Review, and elsewhere. Her short story collection F*ckface is available from Henry Holt. 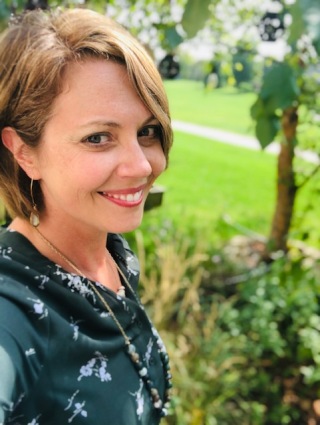 Leslie Lindsay is the award-winning author of SPEAKING OF APRAXIA (Woodbine House, 2012) and is at work on a memoir. Her work has been published in Pithead Chapel, Common Ground Review, Cleaver Magazine (craft and CNF), The Awakenings Review, The Nervous Breakdown, Ruminate’s The Waking, Brave Voices Literary Magazine, Manifest-Station, and others. Cover art on Up the Staircase Quarterly, other images in Another Chicago Magazine (AJM) and Brushfire Literary & Arts Review, poetry in The Coffin Bell Journal, and CNF in Semicolon Literary Journal. Leslie has been awarded as one of the top 1% reviewers on GoodReads and recognized by Jane Friedman as one of the most influential book reviewers. Since 2013, Leslie has interviewed over 700 bestselling and debut authors on her author interview series. Follow her bookstagram posts @leslielindsay1. 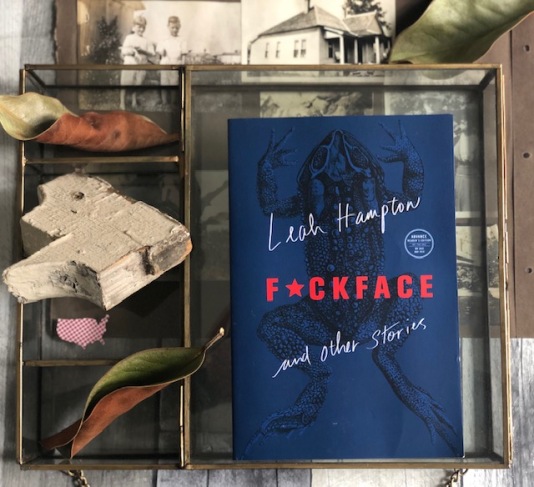 [Cover and author image courtesy of Henry Holt and the author and used with permission. Artistic photo of book cover designed and photographed by me, Leslie Lindsay. Join me on Instagram for more like this @leslielindsay1 #alwayswithabook #alwaysreading]

🎉Do you have a copy?!
🎉Hey all! Curious about #apraxiaofspeech from a parent’s perspective?👇
You know what? I freaking love books! Just sayin’.
🎉FUN Friday! Today’s #bookhaul.
Do you agree with this quote?
L💙ve to read? L💙ve #bookstores? 📚
Loading Comments...