A fabulous resource for anyone–not just dads–who love LEGOs, the little people in their life, and time together inventing and being creative.

~APRAXIA MONDAY|ALWAYS WITH A BOOK~

It’s time to break out the bricks–the LEGO bricks, that is! LEGO WITH DAD: Creatively Awesome Brick Projects
for Parents and Kids to Build Together by Warren Nash (October 2020, Rocky Nook) is a gorgeous, glossy, all-color guide to creating with LEGOs. It’s jam-packed with fabulous fun ideas, hints, tips, and ideas that will have you digging up all of those misplaced LEGOs you have around the house. Seriously, some cool stuff. Nash says you don’t need to run out and purchase sets and build them exactly as the directions say–you can create your own fun designs with just a few basic pieces you may already have at home.

For years, LEGO has been an endless source of imagination and joy for kids of all ages–and for many of us, that goes back our own childhood, too. LEGO WITH DAD is a the ultimate guide for maximizing your existing LEGO supplies to build fun, creative new projects with detailed instructions–from basic and classic builds to more innovative, creative and advanced ones. This guide is great for all ages and can be referenced again and again. For example, maybe your child is just the right age for ABCs created from LEGOs, or maybe she has an older brother who would dig building a wind turbine. Maybe mom wants to try the mini-maze/obstacle course. It’s all right here.

Plus, Nash discusses the value of creative, open-ended play, reinvention, the power and thrill of creativity, using one’s imagination and the power of intuitive reasoning. It’s not a parenting book per se, but it most definitely launches into some of those skills of planning ahead and preparing for the inevitable (packing a small bag/box of bricks for waiting rooms, the car, picnics). Plus, he has several ‘family spotlights’ throughout the text featuring families who love LEGO…their favorite project, what they enjoy most when it comes to watching and working with their child(ren) on LEGO-based projects, whether they keep creations in-tact, or break them apart, and dream projects, bringing family into focus, which I think makes it feel more wholesome and inclusive.

So gather the kiddos around (who am I kidding–it’s for the grownups, too), and get creating!

But first, join me in conversation with the fun, creative Warren Nash.

Warren! Welcome. Gosh, I love this book. I am blown away with the creativity here—plus, I think it’s highly educational. I know all of this started from your love of LEGOs, but also YouTube videos. Can you talk a little about how this idea was born?

You’re right, as you say I love Lego and it has been a huge part of my life – I can’t think of a time I didn’t have Lego in my life.  I have had a YouTube channel for about 8 years now which primarily focused around food.  As my audience grew and my interests developed, I started to produce DIY videos too.  Then, two and a half years ago we were graced with our first child, Charlie, and it was from that moment I started producing content around fatherhood and things to do with the kids.  On the fatherhood theme, I naturally went back to my love for Lego and produced a few videos around things to build with your Kids.  Lego saw these videos and shortly after they asked me to produce a series for their YouTube channel, The Lego Family Channel.  The great guys at Rocky Nook saw the content I was producing on YouTube and proposed putting a book together around building with Lego. And the rest is history!

Photo by cottonbro on Pexels.com

One thing I really love about LEGO WITH DAD is that you encourage families to ‘use what you have.’ I am constantly saying this at our house. We live in a society of plenty. Maybe even ‘too much.’ It’s great, when we can reinvent ideas without being subject to commercialism. Can you talk about that, please?

In my opinion, this is what makes Lego such a great toy.  You don’t need to keep buying more.  A Lego brick is a Lego brick – It always will be and it’ll never change!  It’s your imagination and the thrive to reinvent what you can do with it that keeps you wanting to play with it from childhood to adulthood.  At this point I should say I feel you’re NEVER too old to play with Lego!  We’ve probably all been there when we’ve been stuck for something to build – as you say, it’s all about reinvention – why not build an animal, a lion perhaps?  What about a crocodile?  Or even better, a “crocolion”!?  It really goes to show, it doesn’t matter how many or few bricks you have, you really can build anything and it can be as crazy as you like.

But we do need a few things. You talk a bit about some LEGO basics. Can you share that here?

There are some really useful techniques and favorite bricks I mention in the introduction of my book.  These aren’t essential to construct the various builds in my book – After all you can always improvise with other bricks.  However, they’re some bricks that open up loads of possibilities.  So if you can get your hands on a large base plate, roof tile bricks, knob bricks, and of course 2×4 bricks, they’ll take you a long way!

I love how this guide sort of ‘grows with your child.’ You mention that as your child grows physically, her imagination develops. There’s so much truth to that! We learn to think more critically, cause-and-effect…we might want to experiment with pulleys and levers, gears, that kind of thing. Can you expand on this, please?

As you progress through the chapters in my book, the later builds are more advanced.  Building creations that move in some way have always been my favorite things to build.  That’s why later on in my book I have builds that use a Lego motor and include gears and pulleys.  When your kids are a little bit older, these are great as they’ll hold their attention and they’ll get fully immersed in getting their creation to work how they want it to.  Lego builds that include mechanics can honestly occupy a kid for an entire day, whilst enhancing their problem-solving skills.

One feature of LEGO WITH DAD that I love is the family spotlight. It brings the human touch to the book. So to ask one your questions: what’s been your favorite LEGO project? What’s a dream build?

My all-time favorite build is the Lego cable car in the final chapter of my book. After returning home from visiting my Grandad in Cape Town, South Africa as a kid, my Dad and I decided to build the cable car that travels up Table Mountain.  I remember spending all day building it and we had such a memorable time doing it. I even submitted a photo of it to the Lego Club (but I unfortunately didn’t make it into their monthly magazine)!  I find the Lego builds that stick with you are the ones that relate to an experience you’ve had in your life, just like this one with me. 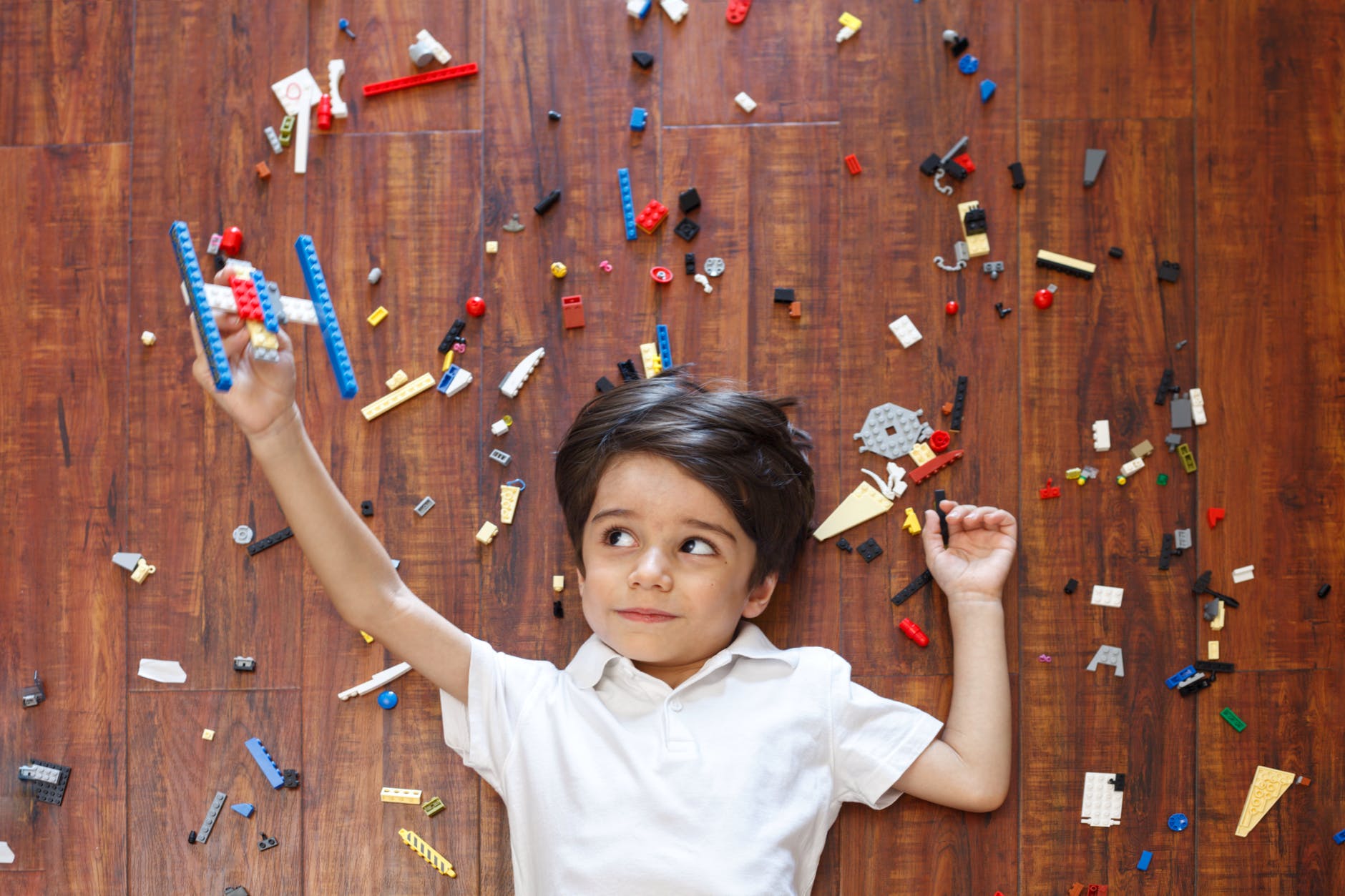 I could probably ask questions all day. But since my focus tends to be on speech-language development, I really connected with the ABC build. Can you talk about how you see LEGO as being a key toy for children who might have challenges with speech?

I started playing with Lego with my son from a very young age and we have used it on so many occasions as a communication tool as well.  A fond memory is when I was trying to explain how at Christmas Santa comes down the chimney to deliver presents under the tree (to no avail)!  However, we busted out the Lego and built a Lego chimney and tree.  We played with it, dropping a Santa mini-figure down the chimney to deliver presents.  Within minutes he understood how Santa does his thing and it was so much fun at the same time.

Warren, this has been so wonderful. Thank you! Is there anything I should have asked, but may have forgotten?

As I said before, you’re NEVER too old to play with Lego!  Thank you so much for allowing me to share my personal experiences of Lego and to talk to you about my book, LEGO WITH DAD.

Artistic image of book cover designed and photographed by me, Leslie Lindsay. Join me on Instagram @leslielindsay1 for more like this #alwayswithabook #bookstagrammer.

For more information, to connect with Warren Nash via social media, or to purchase a copy of LEGO WITH DAD, please visit:

Warren Nash started out as a YouTuber,
creating content on DIY and food. Since
the launch of his channel, Warren has
achieved more than 10 million views with
a huge following across the globe. Now a
father, Nash has also seen success with his
content based around fatherhood and
activities to do with your kids, including
arts and crafts, and of course, LEGO®. He
has been passionate about LEGO® all his
life and has played with it from a young
age. With so many building possibilities, Nash credits LEGO® with constantly keeping his imagination alive and his creativity going. For more about him, visit YouTube.com/c/WarrenNash. 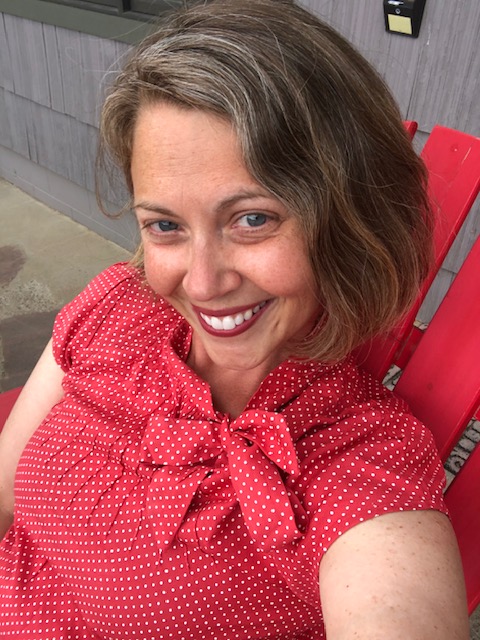 Leslie Lindsay is the award-winning author of SPEAKING OF APRAXIA (Woodbine House, 2012) and former Mayo Clinic child/adolescent psychiatric R.N. She is at work on a memoir. Her writing has been published in Pithead Chapel, Common Ground Review, Cleaver Magazine (craft and CNF), The Awakenings Review, The Nervous Breakdown, Ruminate’s The Waking, Brave Voices Literary Magazine, Manifest-Station, and others. Her cover art was featured on Up the Staircase Quarterly in May 2020, other photography in Another Chicago Magazine (ACM) and Brushfire Literature & Arts Journal; poetry in the Coffin Bell Journal, and CNF in Semicolon Literary Magazine and The Family Narrative Project; the 2nd edition of SPEAKING OF APRAXIA will be available this fall. Leslie has been awarded one of the top 1% reviewers on GoodReads and recognized by Jane Friedman as one of the most influential book reviewers. Since 2013, Leslie has interviewed over 700 bestselling and debut authors on her author interview series. Follow her bookstagram posts @leslielindsay1.

[Cover and author image courtesy of K.Sokmen and used with permission. Artistic image of book cover designed and photographed by me, Leslie Lindsay. Join me on Instagram @leslielindsay1 for more like this #alwayswithabook #bookstagrammer. Other images not otherwise specified retrieved from pexels free images on 12.11.20]