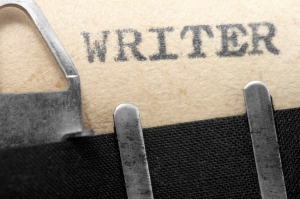 Here’s a glimpse into one of my newer characters, Nolan Baxter.  He’s a journalist for the Chicago Tribune who mostly writes things in the fluffy section of the paper–which just so happens to be my favorite section.  This is a mock newspaper article that will fit somewhere into that novel of mine…

Every opera you’ve ever heard, every painting you’ve ever admired, every book you’ve ever read is reducible to a chemical released in the artist’s, composer’s, or author’s brain.  We can even map where in the brain that work got done.  Some may have occurred in the occipital lobe where imagery lives; some in the insula which feels emotion, and some in the prefrontal cortex where problem-solving and language take place.  It isn’t artistic beauty, it’s biology.

At least that is one way to look at it—but not the way we prefer.  Instead, we prefer the more esoteric way: that creativity is a flash in the pan summoned to you from some deep, dark mysterious place.  In a recent study, 58% claimed to have “sudden inspiration” when it comes to producing creative ideas, whereas 32% claim it takes time—that is, thinking about a problem for a good amount of time.

Did you hear that?

Say you hear the rumble of a train and the blow of its horn.  It may spark your creative powers to draw forth a metaphor for solving another, unrelated problem.  The tick-rumble of your refrigerator may lead you think of the silly joke about your refrigerator running, but that joke can trigger another helping you remember where you put your keys.  Individuals with ‘average creativity’ may have some of these abilities, but not as strongly as those who are crowned with a creative cap.

Don’t feel like you’re a member of the elite “Club Creative?”  Never fear.  We may not all be created equally where this trait is concerned, but we do have a choice as to how we use the creativity we’ve got.