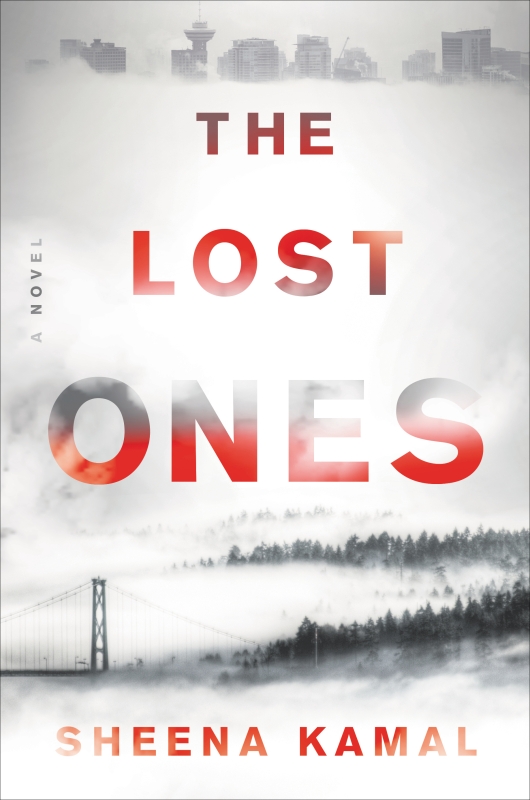 Nora Watts: deeply troubled, edgy and dark yet clear and distinct; she’s complex, disturbed, and not one you’ll easily forget. Residing somewhere between DEAR DAUGHTER (Elizabeth Little) and THE GIRL WITH THE DRAGON TATTOO (Stieg Larsson) meets THE GATES OF EVANGELINE (Hester Young), Sheena Kamal’s debut, THE LOST ONES (William Morrow, July 25 2017) will toss your into a tailspin of controversy, conflict, and a good amount of action intermingling with psychological suspense.

Nora Watts receives a phone call early in the morning. A girl has gone missing. She’s a P.I. assistant and so this isn’t entirely out of the realm. But the girl is also happens to be the baby she gave up for adoption fifteen years ago. She never wanted that baby; and now the police are labeling the girl a chronic runaway. Her adoptive parents are desperate and so they’ve hired Ms. Watts. Do they realize she is also the girl’s birth mother? Wasn’t it a sealed adoption? Nora discovers a dangerous conspiracy and embarks on a journey of deception and violence that takes her from the rainy streets of Vancouver to the snow-capped mountains of the Canadian Rockies to the island where she will once again face her past and the daughter she wished had never been born.

I was stunned by the twists and turns, the lucid writing from Sheena and also the ‘why’s’ behind Bronwyn (Bonnie’s) disappearance.

Please join me in welcoming Sheena Kamal to the blog couch.

Leslie Lindsay: Sheena, wow! What a tale. I have heard that writers ‘ought’ to write about something they obsess about, but rarely talk about, or rather, is not ‘polite’ conversation. There are so many controversial themes in THE LOST ONES: foster care, adoption, multicultural race, immigration, the ‘red market,’ runaways, rape, alcoholism, and so much more. What was haunting you when you set out to write this?

Sheena Kamal: Thank you, Leslie. It’s lovely to be on the blog couch with you. Haunting is a good word for what got me started, actually. Gender violence was the primary motivator for this story, and I couldn’t ignore how it intersects with class and race. I wanted to write about a difficult woman, one whom it is easy to dislike and dismiss. I wanted to show her humanity and guide her through her own complicated feelings toward motherhood in a different kind of ‘missing girl’ thriller. Nora’s character compelled me, first and foremost. All the other issues came about in the writing.

L.L.: So I have to ask about the title, THE LOST ONES. Bronwyn (Bonnie) is obviously missing, but she’s not the only one who is lost. Can you elaborate on that, please? Also, the U.K. title is EYES LIKE MINE and there’s definitely a reason for that. Can you elaborate?

Sheena Kamal: Ah, the title drama. The reason there are two titles is because different publishers had their individual preferences. Neither liked DEEP CURRENT, which was the original title of my manuscript. EYES LIKE MINE (the UK title) was lifted from the text and THE LOST ONES (US) spoke to Nora’s character, as well as the situation faced by her missing daughter, Bonnie. I love both titles and I can see how they both fit the book.

L.L.: Backing up a bit: can you tell us more about the ‘red market’ and what that research you did to get that piece ‘just so?

Sheena Kamal: The red market is the underground market for blood, organs, human parts and human bodies. This book is about family, so I thought it was fitting to bring the corporeal elements of blood connections to the forefront. I spent most of my research time looking into the shady world of blood and organ harvesting, and how the wealthy benefit at the expense of the poor. It’s quite chilling what money can buy. It can buy life. There’s a fantastic book called The Red Market by Scott Carney that was my jumping off point to this research, which also introduced me to the term ‘red market’.

“Sheena Kamal has created a fresh and original character who grips the reader with her grit and courage. We’re rooting for Nora Watts from the outset and I can’t wait to read more of her story.” ~Sarah Ward, CRIMEPIECES

L.L.: I’m also curious about your touches of eco-fiction in THE LOST ONES. There’s a good amount of mines and the environment. What inspired that? And do you consider this to be a work of eco-fiction?

Sheena Kamal: I personally don’t consider it to be eco-fiction, but I understand why people would think that. I didn’t set out to write with any kind of agenda other than to tell a good story, but I wanted to write place authentically. Give a snapshot of the concerns of the region. The mining angle, as well as the focus on the environment both came about because these are topics that shape Vancouver, and the west coast at large. Canada as a country has an interesting relationship to the global mining community, one that continues to interest me.

L.L.:  THE LOST ONES is the first in a series. How long is the series predicted to be? Can you give us a little glimpse of what’s coming up?

Sheena Kamal: The second book in the series is called IT ALL FALLS DOWN and will take Nora to Detroit, to look into the mystery of her father’s past. I’ve long found
Detroit to be a fascinating place and every time I go there I like it even more. It’s very different from Vancouver, but I chose it because I wanted to take Nora out of her comfort zone and have her get into some trouble in a place where she doesn’t know the rules and still, somehow, has to survive. IT ALL FALLS DOWN will be out summer 2018. I’d originally planned a trilogy, but I have a feeling I won’t be done with Nora after the third book. Just a little inkling.

L.L.: What are you excited about reading this year?

Sheena Kamal: Poetry. I’ve left this literary landscape unexplored, mostly out of fear and confusion, but I have vowed to be moved by some poetry this year, damn it. What kind of poetry, I have yet to decide.

L.L.: Is there anything I forgot to ask, but should have?

Sheena Kamal: You forgot to ask me to give writing advice and I, for one, am thankful for it because now I don’t have to come up with any.

Sheena Kamal: Thank you! Wishing you a wonderful 2018 as well.

For more information, to connect with the author, or to purchase a copy of THE LOST ONES, please see: 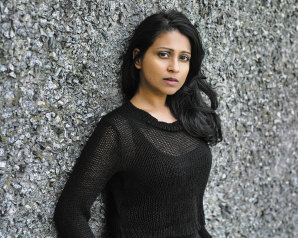 ABOUT THE AUTHOR: Sheena Kamal was born in the Caribbean and immigrated to Canada as a child. She holds an HBA in political science from the University of Toronto, and was awarded a TD Canada Trust scholarship for community leadership and activism around the issue of homelessness. Kamal has also worked as a crime and investigative journalism researcher for the film and television industry. She lives in Vancouver, Canada, and enjoys beaches and Dark ‘n’ Stormys.

[Cover and author image courtesy of Harper Collins and used with permission. IT ALL FALLS DOWN cover image retrieved from GoodReads, Vancouver image from]