A slow-burn (and that’s a good thing!) literary domestic thriller with a very unlikable, conniving, master manipulator of a girlfriend.

Plus, Michelle Frances talks about how her career writing TV scripts helped with the narrative, the mother-son dynamic, her summer plans, and what’s next for her. 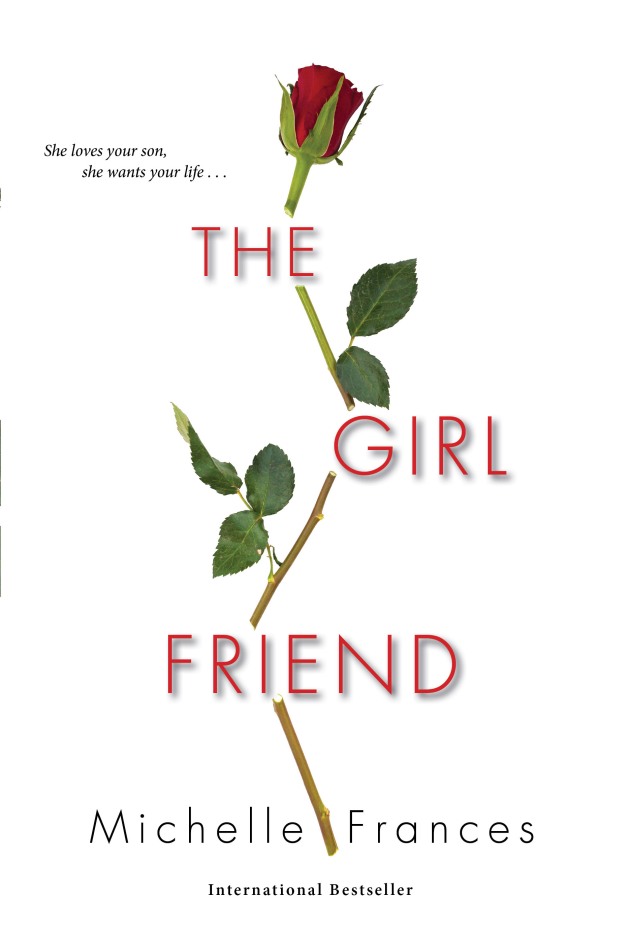 WOW. This girl. THE GIRLFRIEND is everything a mother of a son(s) would absolutely deplore. She’s from the ‘wrong side of the tracks,’ lies, lies, lies, and yet she’s sweet (at least to your face), gorgeous, and your son’s smitten. But something’s off. Does a mother intervene?

That’s what THE GIRLFRIEND sets out to answer. At first Cherry is a bit endearing in her nervousness around ‘the parents,’ but how she quickly–and subtly–worms her way onto the dark side. This gal is sneaky, highly disturbed, and just fun to hate. I was absolutely blown away with audacity of this young woman and also it reminded me of how ‘love is blind.’

A bit on the plot: Daniel is in medical school. He was born into a wealthy family, but seems to be a good all-around guy who wants to work in medicine even though he doesn’t technically *have* to work; he has a trust fund, a Mercedes, and his dad just paid for his fancy new flat. And, as an only child, he has a very doting (enmeshed?) mother, Laura.

Along comes Cherry who works as a Real Estate agent (apprentice) and lo and behold, smart rich boy needs a place to live… 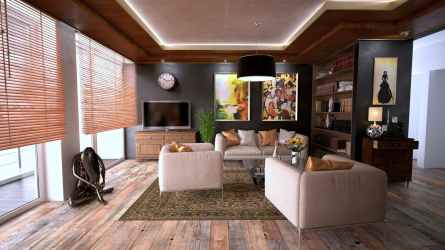 Please join  me in welcoming Michelle Frances to my author interview series.

Leslie Lindsay: Frances, Wow! You absolutely blew me away with Cherry! First, I want to know if there was a scene or character or situation you wanted to explore most in THE GIRLFRIEND; what was the driving force?

Michelle Frances:  Thank you, Leslie!  This is such an interesting question because this is exactly how the book started.  There is a moment about halfway through the novel when Daniel’s mom, Laura, decides to do the most awful thing and tells a lie like no other.  It was this lie that got me thinking about how such a scenario could exist – how could a character like Laura justifying saying such a thing?  And from there grew the story.

L.L.: While I found the plot to be taut and intriguing, THE GIRLFRIEND is also a very voice-y narrative, but it’s quite literary. Was there a particular character who ‘spoke’ most to you?

Michelle Frances:  I have a soft spot for both mom Laura and girlfriend Cherry, despite their bad behavior.  They both start from a hopeful, positive place but jealousy and insecurity warp their perception of the situation they find themselves in, and lo and behold, things start to spiral out of control.  I feel for Cherry as she’s a classic victim of intergenerational unfairness – for her there’s no state certainty of a safety net and a pension.  Even the idea of owning her own home is a distant dream.  These challenges echo what young people are having to face today and in fact many will be worse off than their parents.  I can understand her struggle and have empathy for her reasoning that you might as well spend time in a geographical place where future boyfriends are more likely to have money, than a place where they’re not.  I also have empathy for Laura’s desire to protect her only remaining child from someone who she believes to be up to no good.   I don’t think any mother could stand back and watch what they believe to be a car crash relationship unfold – although mothers don’t have to go to the extent that Laura does in order to stop it!

L.L.: And with Cherry—she’s such a fickle, complex character. Did you have to do any research to get her ‘just right?’

Michelle Frances: Cherry is incredibly complex in many ways, but she’s also very straightforward.  She has simple goals that chime with most of ours: financial stability and a happy relationship.  I didn’t do any particular research to understand her, she actually came alive to me quite readily.  Most of us are young and broke when we’re starting out and the class system in the UK is very much alive and well.  Cherry is also incredibly intelligent so I just pitted that intelligence right into the middle of the scenario of her finding a wealthy boyfriend with a tiger mom and her psychology and motivation became very clear.  As soon as Cherry comes up with the notion that Laura believes she’s not good enough for her son Daniel, Cherry decides she’s going to keep him, whatever it costs.

L.L.: Similarly, does Cherry have a psychological diagnosis?  Cause I’m kind of thinking she should!

Michelle Frances:  Ha!  Well, I do think she has very dark thoughts sometimes – as many of us do – the difference being that most people wouldn’t choose to act on them in the way Cherry does!  She feels she has so much to lose and she is fighting for her place from what she feels is a real disadvantage, therefore she justifies crossing that line – more than once!  Personally, I’m fascinated by how psychotic tendencies in people can become dangerously exacerbated when they feel threatened. 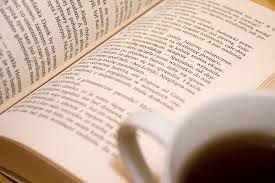 L.L.: Was there anything that surprised you during the writing process? Did you learn anything along the way?

Michelle Frances: As this was my first novel, the whole writing process was a learning experience.  I had to feel my way through and found my skills in television script editing came in very useful!  Although the medium of television is very different to a novel, certain elements are true of any form of storytelling: character development, pace, and twists in the story are all essential to an engaging thriller.

L.L.: Do you have any exciting summer plans…perhaps to the South of France? Or maybe whitewater rafting?

Michelle Frances: Funnily enough, I did go white water rafting a few years before writing the book — just days after meeting my boyfriend.  It was a gift for his birthday!  Fortunately there were no accidents but I do remember very clearly the adrenaline rush of the rapids.  This summer I shall be working on my third book, with perhaps a family seaside break in the middle.

L.L.: Who or what is obsessing you these days? It doesn’t have to be literary.

Michelle Frances: Oh gosh, I get fired up about lots of things.  I’m a governor at my children’s school, which means I’m involved in the strategic decisions of the school.  Education is something I’m extremely interested in, and how teachers and pupils are affected by government policies and decisions.  I also get very hot under the collar about injustice and in fact the book I’m working on this summer is a ‘David and Goliath’ tale about a mother’s fight for justice for her daughter. 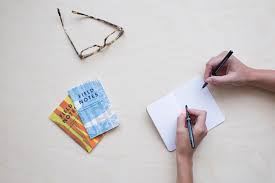 L.L.: Michelle, it’s been an absolute pleasure! Please tell me, is there anything I’ve forgotten?

Michelle Frances: Thank you so much for [having me].  I’ve loved [every minute].  If you enjoy THE GIRLFRIEND, then perhaps I can also shamelessly let you know about my next book!  It’s called THE TEMP and is due out in the USA on 29 January 2019.  It’s about a successful TV producer, Carrie, who unexpectedly falls pregnant and reluctantly has to leave her job in the hands of a young, ambitious temp cover.  Emma is smart and charming and Carrie begins to suspect she is maneuvering her way into Carrie’s life, causing turmoil in her marriage and her work.  It’s a thriller about ambition, deception and betrayal. Thank you again!

For more information, to connect with with the author via social media, or to purchase a copy of THE GIRLFRIEND, please see: 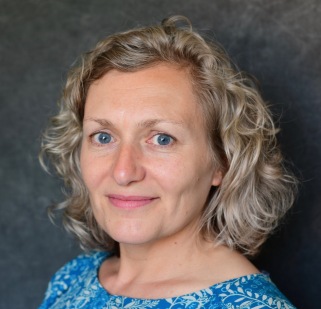 ABOUT THE AUTHOR:  Michelle Frances graduated from Bournemouth Film School in 1996 and then from the Masters programme at the American Film Institute, Los Angeles, in 1998. Returning to London, she has worked for several years in film and TV as a script editor and producer for both the independent sector and the BBC.

THE GIRLFRIEND, her debut psychological thriller, has been optioned by Imaginarium Studios for film adaptation.  Translation rights have sold in fifteen foreign territories.

Michelle is currently working on her second novel.  She lives in East Surrey.

[Cover and author images courtesy of Kensington Press and used with permission].

Stairs to nowhere…
🌾Morning…
🍂WeekEND Reading: I loved this book—it’s dreamy and troubling and so good. A GHOST IN THE THROAT by @doireann.ni.ghriofa @tramppress @biblioasis_bookshop is truly unique and original…a hybrid of #autofiction, #memoir, #essay, and #poetry, this award-winning #debut is a strange, #magical delight about #motherhood, #obsession with an ancient #murder, parallels between one’s own life, more.
🍂Coming up on Monday, I chat with #donaldantrim about his stunning and paradigm-shifting new #memoir, ONE FRIDAY IN APRIL: Surviving Suicide @w.w.norton (October 12, 2021), about how he sees Suicide as a disease process, ‘death in place,’ and how it often has origins in #trauma, #isolation, deprivation of touch, and loss of #bookphotography home and belongings…Donald is a #suicide #survivor himself, spent months in a #psychiatric facility, received #ECT, and is in a much better place now. Join us, Monday, anytime, for a read-only #interview.
🍂This one is next on the #TBR and it was originally put in my path by my agent, who listened to a #podcast featuring the author, Michelle Orange. 🔥PURE FLAME @fsgbooks is an exploration into #maternal #legacy—in the #author’s own #family, but also across social and #cultural history…about the author’s #maternal #inheritance, her #mother’s life and their #relationship.
🍂It’s #ghostweek around these parts of the woods and while I’ve been sharing 🆕 content/books/authors on my #author #interview series, I’m dipping into the #archives here…
Loading Comments...