A witty summer beach read about a ‘perfect’ couple at a crossroads, their secrets, and their unconventional plan to save their marriage. Plus, Elyssa chats with us about her ‘maybe’ green thumb and her favorite dystopian tales. 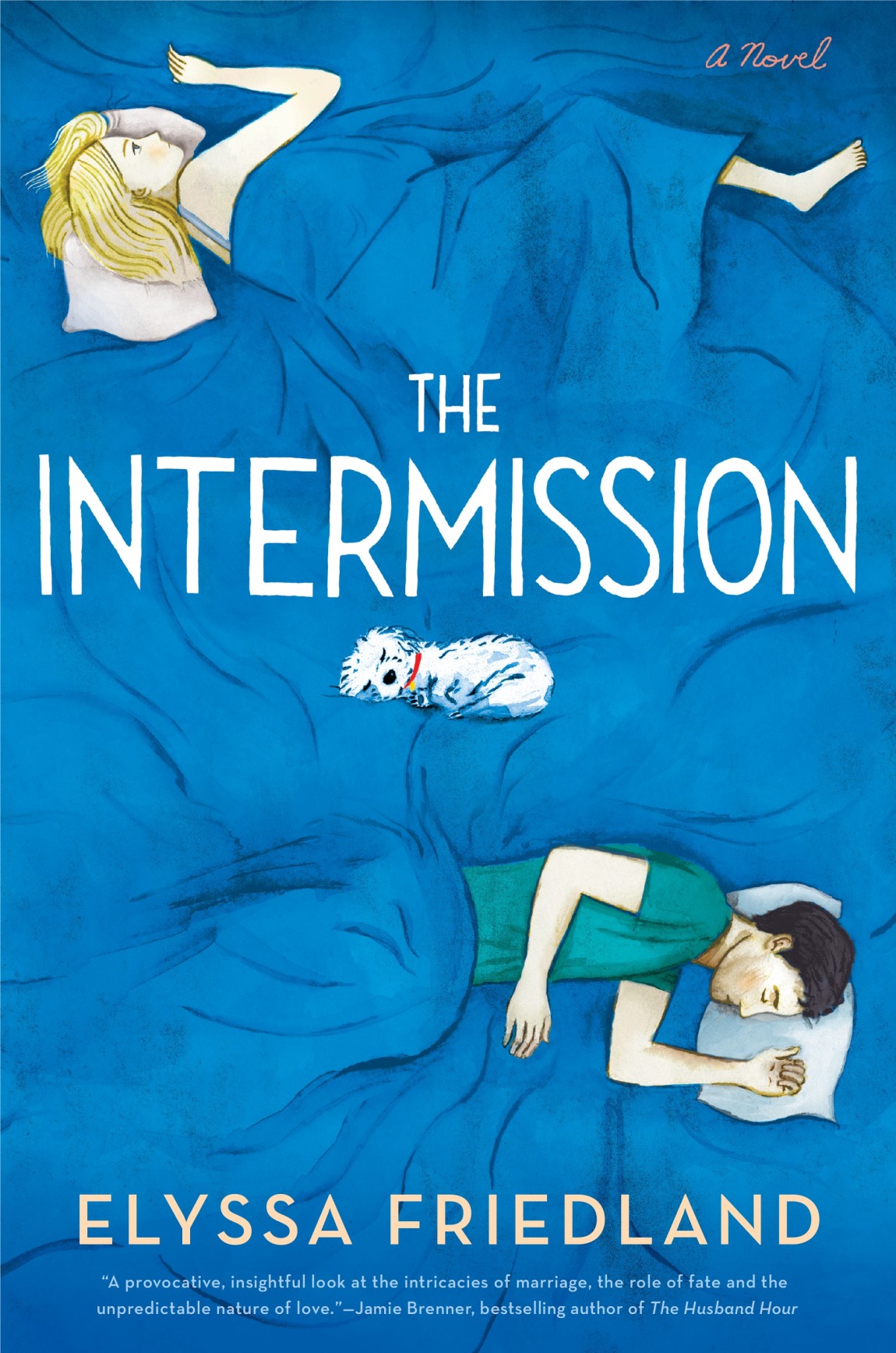 THE INTERMISSION (Berkley/NAL, July 3 2018) opens with Cass and Jonathan at a friend’s wedding betting the fate of the just-married couple. It’s a wicked game and foreshadows their own insecurities. Cass had an impoverished childhood and some secrets linger, Johnathan, on the other hand was born wealthy and has an impressive pedigree. But don’t worry—he has a few skeletons in the closet, too. Cass appears to have it all—at least now—but the past haunts her.

They’re five years into their marriage and talking about having a baby and this, we know will complicate things further. And they’re not having much sex anyway. So Cass proposes a ‘break,’ a six-month separation on distant coasts. Johnathan is left flat-footed. There’s a problem? Told in alternating POVs between both Johnathan and Cass, the reader gets a ‘he said-she said,’ banter, a good glimpse into the past and present.

Friedland is a playful, campy writer which shows through her dialogue and her character’s wit. THE INTERMISSION a fast-paced beach-type read.

Please join me in welcoming Elyssa Friedland to the author interview series.

Leslie Lindsay: Elyssa, welcome!  I’ve been on a kick with books related to marriage lately–and for no particular reason. My book club recently read Anne Tyler’s BACK WHEN WE WERE GROWN-UPS. I read AN AMERICAN MARRIAGE (Tayari Jones) on my own, and now, THE INTERMISSION. All three are completely different takes on a very intricate and complex relationship. Can you tell us a bit about your inspiration behind THE INTERMISSION?

Elyssa Friedland: I love stories that delve deeply into character. Writing a book about marriage seemed like the ideal context in which to do just that. In a marriage, two people with different backgrounds, experiences and outlooks voluntarily elect to cohabit and build a life together. The topic is endlessly ripe for exploration in a novel. I’ve been married for twelve years and have been blessed with an excellent partner in my spouse, but it’s still a miracle that any marriage can work when you really think about it. 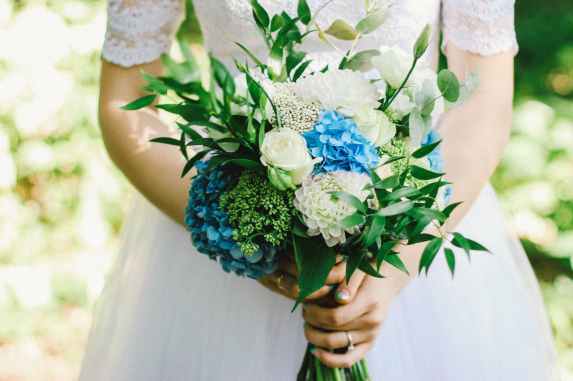 Photo by Inna Lesyk on Pexels.com

L.L.: I’ll admit to not being a fan of the separation concept to heal broken wounds and troubled relationships.  But I was completely intrigued to see how other couples—even fictional ones—handled the situation. Are you familiar with any real-life couples who have done this? How did they fare?

Elyssa Friedland: I know couples who have gone the legal separation route, but never the informal “intermission” that Cass and Jonathan choose. So this was new territory for me as well.

“This entertaining marriage saga … unravels the minutiae of everyday life in a broken marriage. Friedland insightfully dissects motives, lies, and love in this engrossing deconstruction of a bad marriage.”

L.L.: THE INTERMISSION is your second book. Your first novel, LOVE AND MISS COMMUNICATION was all about going cold-turkey on technology, specifically social media. I see a bit of a theme: what happens when we cut out a big piece of our life—marriage or technology? Can you speak to that please?

Elyssa Friedland: It’s like Lent. Maybe I was meant to be Catholic or something. I’m interested in writing about things that are hard to imagine in real life. Would we ever have the guts to quit the iPhone? Would we ever have the courage to ask our spouse for a break? Probably not, but it’s sure fun to think about for a book.

L.L.: Similarly, in what way(s) did writing your first book differ from your second? Are those second books as challenging as they say?

Elyssa Friedland: Actually, I found this one much easier to write. I was more disciplined and motivated because I knew it would actually get published! And I think I just got better at my craft. At least I hope so… In all seriousness, I didn’t waste time writing sections that I knew would all get deleted just to hit a page count every day. I focused more on quality and, if I wasn’t feeling inspired or “in the zone,” I took a step away.

L.L.: What was the last book you recommended to a friend? And what’s next on your to-read pile?

Elyssa Friedland: I’ve been recommending THE HANDMAID’S TALE a lot. I decided to read it after watching the show and I’m so glad I did. Next up for me is VOX by Christina Dalcher. Gosh, I guess I’m really into dystopian novels that explore the subjugation of women. Hmm… 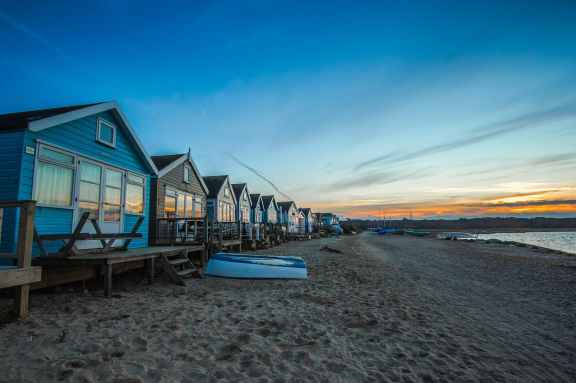 L.L.: Aside from promoting THE INTERMISSION, do you have any summer plans?

Elyssa Friedland: Hanging out at our beach house with my kids. Two of mine are in overnight camp for July so I’ll be very excited to chill out with them when they get home. I’m also taking up gardening this summer for the first time. I have no idea if I’ll have a green thumb but I’m excited to try.

L.L.: Elyssa, it’s been such a pleasure! Thank you for taking the time to chat with us. Is there any I forgot to ask, but should have?

Elyssa Friedland: I just want to thank you for having me on the blog! I was so excited to talk about THE INTERMISSION with your readers and I look forward to connecting again soon. I hope your readers follow me on my social channels – I try to have a lot of fun on them.

For more information, to connect with the author via social media, or to purchase a copy of THE INTERMISSION, please visit: 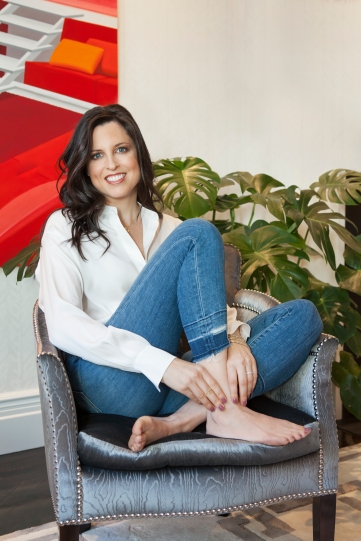 ABOUT THE AUTHOR: Elyssa Friedland attended Yale University, where she served as managing editor of the Yale Daily News. She is a graduate of Columbia Law School and subsequently worked as an associate at a major firm. Recently, she has written for POPSUGAR, RealSimple.com and Bustle. Prior to law school, Elyssa wrote for several publications, including Modern Bride, New York magazine, Columbia Journalism Review, CBS MarketWatch.com, Yale Alumni Magazine, and Your Prom. Elyssa grew up in New Jersey and currently lives in   New York City with her husband and three young children. Her debut novel, LOVE AND MISS COMMUNICATION, was praised by Cosmopolitan, Glamour and InStyle magazines as well as numerous other publications. 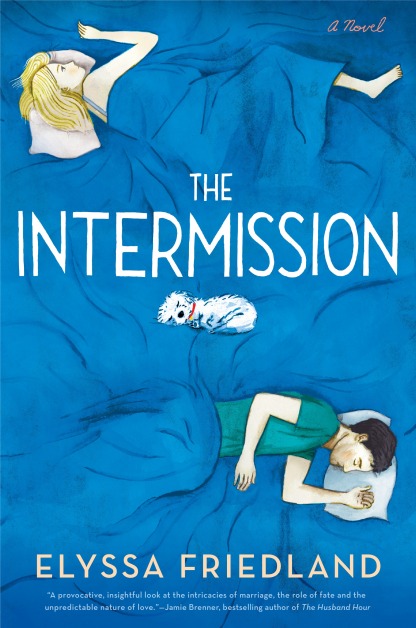 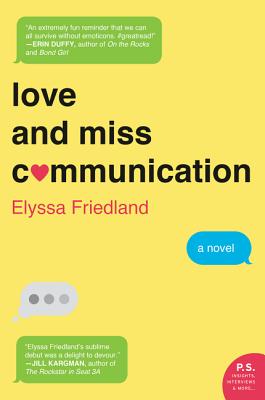