In the shadows of a predawn run, Murray tries to escape what he can’t control: His failed marriage. Grief. Even his own weakness. Murray is a college running coach insistent on his relentless training regimen and obsessed with his star athlete, until he finds her crumpled and unresponsive during a routine practice one morning.

Unable to avoid or outrun reality, Murray is forced to face the consequences of his own increasingly tenuous grip on life—exacerbated by the dangers of his perfectionistic, singular focus as a former athlete and survivor of an unspeakable loss from his past.

Weaving together the strands of two lives that form a union, Jaclyn pieces together  alternating narratives–Murray and his wife, Nancy, as we experience their early moments of hope and desire as well as their fears and failings. There’s time and trauma, grief, and ultimately healing.

I asked Jaclyn a bit about her process, how she discovered the story and what resulted is this sweeping essay on letting go of perfectionism and giving oneself permission to breathe.

I was running along the Bronx River Parkway in graduate school, when the idea came to me—not for the novel—but for the story that it would later grow out of.  I had run Division I cross country for Yale, and every Monday and Wednesday we trained on the campus golf course.  I remember being too nervous about these grueling workouts to consider what else might happen on the course outside of my legs and lungs burning; I was consumed by own fear of falling short of my coach’s expectation.  In that moment, something about the perspective of looking in on my past life as a college runner terrified of failure took on a new weight as a twenty-nine-year-old woman muddling through an MFA program, set on digging deeper into her past, but unsure of where to begin.   I also knew that I didn’t want to write a story that felt too familiar and close to my own experience, so I chose the vantage point of a coach in his sixties—Coach Murray—not only because he called forth certain aspects of my own college coach’s personality, but also because he had access to a different realm of experience, a wisdom I couldn’t know or fully realize unless I entered his body and began to imagine the range of experiences that had shaped him over time.

All goes to say that I hit many road blocks along the way, each as difficult as the last, but all as surmountable as my own willingness to confront the unknowability’s of Murray’s pain—the unfathomable loss from his past that he is constantly trying to quiet through his material fixation on the body and his runners.  Gradually, I learned, too, that coming to terms with Murray’s past meant also coming to terms with my own need to use distance running and perfectionism to distance myself from the parts of my life that I am too afraid to look at or remember, the parts that eluded my control during my teens and twenties.  In that sense, the process of writing LATE AIR was, above all, a process of letting go what I thought was true about myself to make space for this other truth: that I found running as a teenager to escape my father’s emotional abuse, and that need for escape veered on compulsive and injurious, even though up until writing this book, I had deemed running a source of salvation, a means of reaching some higher, unattainable version of myself.   But the more I delved into the depths of Murray’s own repressed psyche, and that of his perfectionistic other half, Nancy, more I could see that it was all an illusion.  The pain that I thought I was choosing was really a means of detaching from the deeper, unnamable pains of my past.  Running was my means of coping from my father’s chronic neglect—but his absence also came to define my self-worth in college, when he made impossible requests of me to fuel his own gambling addiction at the expense of my own safety, even though I would have given everything to be affirmed by him, to be present and seen in his eyes.

Yet any time I tried to avoid that truth—the emptiness I was so afraid of feeling again after my father betrayed my trust when I was eighteen—my writing suffered.  I quickly learned that my readers knew more than I did about myself through the questions they asked about Nancy and Murray’s pasts, their separate childhoods, their broken marriage, their opposite fates.  Every time I returned to a new draft, I knew the answers to their questions lived in what I had to be willing to embrace most honestly on the page—truths about the sudden losses that can mark our relationships, truths about running and the body that required owning my history of chronic injury, truths about my own quest for self-acceptance and forgiveness as a daughter, runner, and writer.   I had to push through the endless rough patches that are revision to learn to sit inside my own body and experiences, rather than escape them through the fiction that tempted me most: that I could hide from myself through my characters.  I had to patiently write toward myself through their own journeys to reconcile what they couldn’t predict or alter about their pasts.

This book most importantly asked that I interrogate Murray and Nancy’s separate ways of grieving from as many angles as possible.  In tracing their separate journeys inside and outside the limits of their bodies, their opposing needs of running toward and away from their shared pain, I could find greater compassion for my own journey to heal. And that, to me, was how the title for LATE AIR, came into being—in learning from my characters what it would mean to give myself the permission to breathe.   Finding breath also meant relinquishing my desire to control very aspect of this “other” fictional narrative, to open my mind and body to my senses, to receive the moment, in the same way Nancy must learn to toward the end of the book, her body becoming like a map of lived, momentary experience, a vessel for observing language, rather than reacting to it, in motion, and in stillness.

This process felt much like reading or writing poetry, which is why I think the title LATE AIR fit in the end.  And this title came appropriately “late” in the writing process.  I was working with my agent to find a title that felt amply atmospheric and nuanced enough to capture Murray and Nancy’s elusive divide and later reconciliation.  For weeks, I felt incredibly stuck, trying to find a name for the unnamable truths their story was chasing after—but one afternoon, I resolved to flip through all of my favorite poetry books, copying the titles of poems in a fugue state, and the moment I copied “Late Air” in Elizabeth Bishop’s Collected Poems, something about it I couldn’t explain felt particularly right.  But this naming opened up a whole new layer to the process. I had to earn this title through the final stages of revising the novel with my editor.  Together, we isolated all instances of air and breathing in the story, and I had to immerse in each one of those passages, slowly coming to articulate LATE AIR’S hardest truths about love, loss, and finding breath—in allowing ourselves to let go of what we cannot control or change, by embracing the uncertainty of every moment.

“Late Air breathes some welcome oxygen into the modern novel. The characters, both major and minor, are created with great care, and the story is moving and extremely readable. Jaclyn Gilbert is up and running!”

–Richard Cohen, author of Chasing the Sun, By the Sword, and How to Write Like Tolstoy

For more information, to connect with the author via social media, or to purchase a copy of LATE AIR, please see: 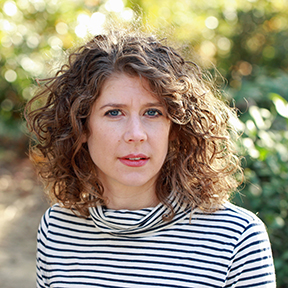 ABOUT THE AUTHOR: Jaclyn Gilbert received her MFA from Sarah Lawrence College and BA from Yale University.  She is the recipient of a research fellowship from the New York Public Library, a contributor to the Bread Loaf Writers’ Conference, and her work has appeared in Post Road Magazine, Tin House, Lit Hub, and elsewhere.  She has led writing workshops at the Valhalla Correctional Facility, the Writing Institute at Sarah Lawrence College, and Curious-on-Hudson in Dobbs Ferry.  She lives in Brooklyn with her husband and Weimaraner, Phin.  Late Air (Little A, 2018) is her first novel.

[Cover and author image retrieved from author’s website on 12.13.18. Special thanks to Little A Publishing].