“Death is the subtext of life,” writes the author in her introduction of THE BALTIMORE BOOK OF THE DEAD, and she would be right. 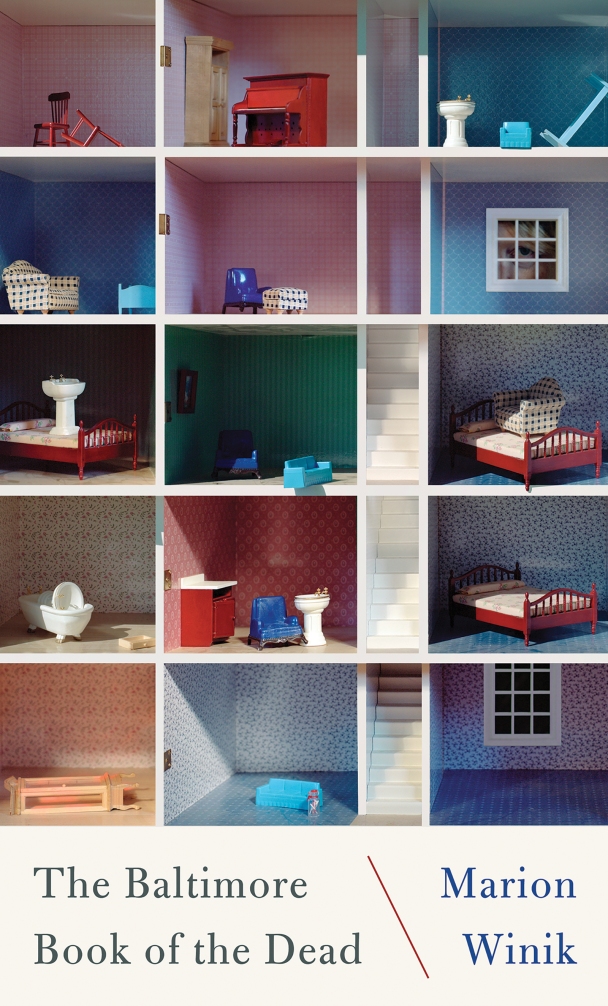 A PBS NewsHour Best Book of the Year

One of the Top Ten Books of the Year, Newark Star-Ledger

Poetic vignettes of 60+ individuals (including one dog and one goldfish), Winik captures the beauty of living in this slim book. Plus, that cover!

Longtime commentator of NPR’s “All Things Considered” (1991-2006), Marion Winik reviews books for Newsday, People, and Kirkus, and is host of The Weekly Reader podcast. I’m so glad I’ve had the opportunity to relish in her poetic, yet sparse writing.

And relish, I did. Although THE BALTIMORE BOOK OF THE DEAD is a slim volume (heck, it could almost fit in your pocket), you might be tempted to breeze right through it in one sitting.

Every short essay (2-3 pages at most) deserves your full attention, a careful read. I was amazed and awed with how vivid a portrait Ms. Winik could paint with few words. There’s hope, love, family, pain all succinctly wrapped in a tidy package.

THE BALTIMORE BOOK OF THE DEAD features ‘death’ in the title, and you might be wondering if you want to sit and read about death …because doesn’t that sound a bit depressing? Well, do it anyway. It’s not as dull or macabre as it might sound.

Winik writes with a graceful and amazingly light hand about a less-light subject. In essence, Winik’s observations are more of a lesson for the living, a glimmering memorial, and nuanced observations of the world we live.

Please join me in welcoming Marion Winik to the author interview series.

Marion, welcome! I found THE BALTIMORE BOOK OF THE DEAD most insightful, though unusual. I understand it’s a follow-up to your earlier title, THE GLEN ROCK BOOK OF THE DEAD (Counterpoint, 2008). But there are other books—and a decade between the two—can you talk about why this book, why now?

Right after I finished GLEN ROCK, my mother died, my husband left, and I moved to Baltimore. Since I had been with one man or another pretty much continuously since I was 27, I assumed a new guy would turn up right away. Instead, about two years of utter ridiculousness ensued, and that became HIGHS IN THE LOW FIFTIES: How I Stumbled Through the Joys of Single Living. Also in this time I started a bi-weekly column called Bohemian Rhapsody in the Baltimore Fishbowl — I’ve been keeping up with that ever since, which is eight years now, though I did switch from bi-weekly to monthly a few years ago. The column was and is a great outlet for my creative energy. (And if you want to read them, sign up over here, you’ll get a notification each month when it comes out. Also all 200 old ones are archived on the site.) So at this point, with seven books of memoir under my belt, I felt like I really had nothing more to write about if my life had to be the focus. So, I then spent 3 years — god, was it really that long? — working on a novel about a memoir teacher who has a student who becomes famous. It was called The Acknowledgments. I guess it still is. But literally dozens of publishers rejected it, so at this point, it’s staying in the drawer.

So — aren’t you glad you asked this question? Oy vey this is a long answer — at this point I realized for the third time that I just can’t write fiction and if I want to do anything worthwhile I better get back in my wheelhouse. THE GLEN ROCK BOOK OF THE DEAD is one of my favorite books I’ve ever written, and it was really a great experience to write it. Both the communing with dead part, and the creating 400-word essays part. What else could I do that would be sort of like that? I tried and tried, and couldn’t think of anything. Then I realized it was 2018, a lot of people had died since 2008, and I could probably just do the same thing again! I proposed the idea to Jack Shoemaker at Counterpoint, the publisher of GLEN ROCK, and he said, show me. And … well, it worked out really well, I think. 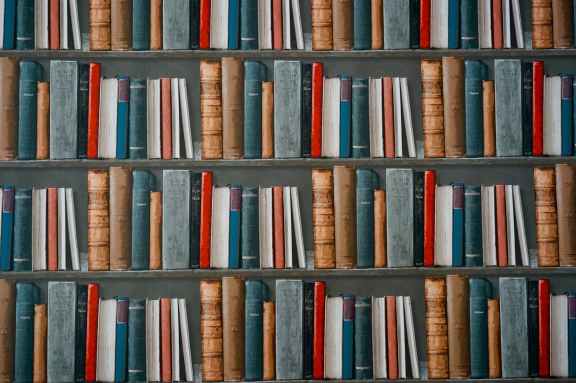 Photo by Mikes Photos on Pexels.com

And so where does that leave you now? If you feel you can’t write fiction? Does this mean more memoir?

Actually, I’m now working on dead people again, because we’ve decided that instead of bringing out BALTIMORE in paperback this fall, there’s going to be a BIG BOOK OF THE DEAD which will merge GLEN ROCK and BALTIMORE and includes 13 new pieces! 125 total, divided into four chronological sections.

Should I say oy vey?

Yes, yes. I think you should!

And just to clarify, there’s not a lot of ‘Baltimore’ per se, but you titled this based on where you wrote it, yes? Can you expand on that, please?

It has turned out that the “Baltimore” in the title has sort of worked against me, because a.) people in other places think it’s not for them and b.) people think it’s about Baltimore’s murder problem. Actually, I was just following the pattern established in GLEN ROCK of naming it for the place it was written. But since no one ever heard of Glen Rock, mentioning it in the first title didn’t have much of an effect at all — Baltimore is a different story.

And this is another reason I’m so excited about THE BIG BOOK OF THE DEAD! Not only do I get rid of the geography, it has a bit of an irreverent ring which may help correct the impression that the book is depressing and morbid. I have Jenny Alton, my editor at Counterpoint, to thank for thinking of it.

“An affecting collection of brief, incisive portraits of departed figures both public and private.”
–People

I’m so, so interested in genre these days. It seems like it should be pretty straight-forward, but that’s not always the case. Many books are genre-bending, genre-crossing. THE BALTIMORE BOOK OF THE DEAD is a little of everything—non-fiction, poetry, memoir, autobiography, essay—can you give us a little more insight and should writers worry about genre?

No they should not! I think a lot of the most interesting work we’re seeing today is hybrid genre. Auto-fiction, for example, like the work of the great Lucia Berlin, is a really interesting category. The books of the dead could be considered prose poems, auto fiction, or memoir. The only reason to think about genre is because it affects the marketing. Jack had mentioned the idea of publishing THE BALTIMORE BOOK OF THE DEAD as fiction. Because as much as the essays are based on fact and are very carefully researched, approved and checked by someone who knew the person, there’s also a lot of imagination that goes into it — I’m writing about events I didn’t not attend, sometimes people I barely knew. But since GLEN ROCK had already been published as memoir, we really didn’t have that option. 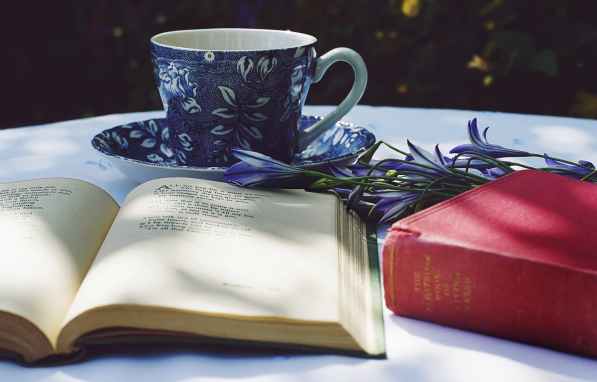 Photo by Suzy Hazelwood on Pexels.com

There are over sixty stories—but those stories encompass so much living, so many lives—was there one or two that really surprised you? Perhaps they illuminated a piece of yourself—or someone else in a new light. Can you talk about that, please?

Well, as I just mentioned, each piece is researched with family or friends of the person, so I found out tons of things I didn’t know. Like in ‘The Perfect Couple,’ I had planning to write about just the wife. But when I interviewed my friend, her daughter, I realized that the story of her father dying of AIDS was all entwined with it, and it should be about both of them. And the seaplane crash in ‘The Cat With Nine Lives’ — I had only foggy memories of that, but I was able to research it both with the son of the person (my cousin) and in the archives of the New York Times and the Newark Star-Ledger. The story of David Bowie’s ‘Thin White Duke’ character I really knew nothing about until I started reading books about Bowie’s career. I could go on and on, because almost every one of the pieces is based on research and interviews. That’s why the Acknowledgments are so long. [You can read excerpts from THE BALTIMORE BOOK OF THE DEAD here.] 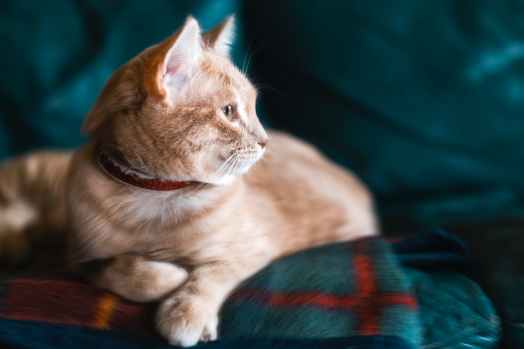 What challenged you the most during the writing of THE BALTIMORE BOOK OF THE DEAD? Did you worry about how others might respond—or maybe they didn’t want to be in your story?

The subjects are all dead, so they are unable to weigh in on whether they’d like to be in the book. That’s one of the reasons why I don’t use their names. But I do get permission from the survivors and actually no one has said no yet. Sometimes there are bumps in the road because they don’t like the first draft I show them, but I keep going back and forth until they are okay with it. It’s often a pretty collaborative process.

Marion, it’s been a great pleasure. Thank you for taking the time to chat. Is there anything I should have asked, but may have forgotten?

No, I think this was great. Thanks so much, Leslie — thanks for reading my book and taking the time to talk to me. 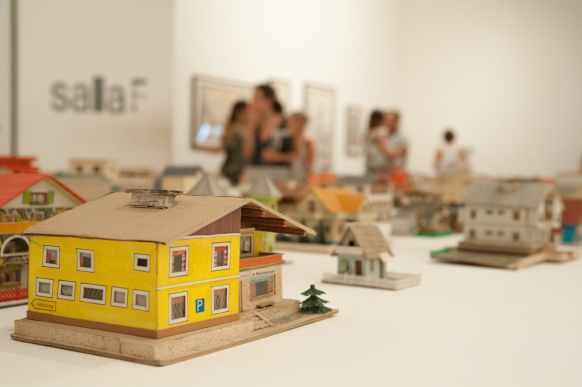 For more information, to connect with the author via social media, or to purchase a copy of THE BALTIMORE BOOK OF THE DEAD, please see: 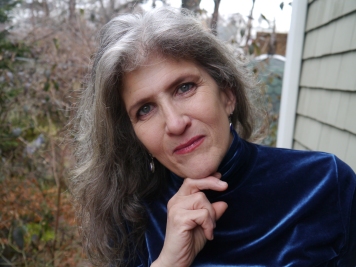 ABOUT THE AUTHOR: Longtime All Things Considered commentator MARION WINIK is the author of First Comes Love, The Glen Rock Book of the Dead, and seven other books. Her Bohemian Rhapsody column at BaltimoreFishbowl.com has received the Best Column and Best Humorist awards from Baltimore Magazine, and her essays have been published in The New York Times Magazine, The Sun, and many other publications. She is the host of The Weekly Reader radio show and podcast, based at the Baltimore NPR affiliate. She reviews books for Newsday, People, and Kirkus Reviews and is a board member of the National Book Critics Circle. She is a professor in the MFA program at the University of Baltimore. 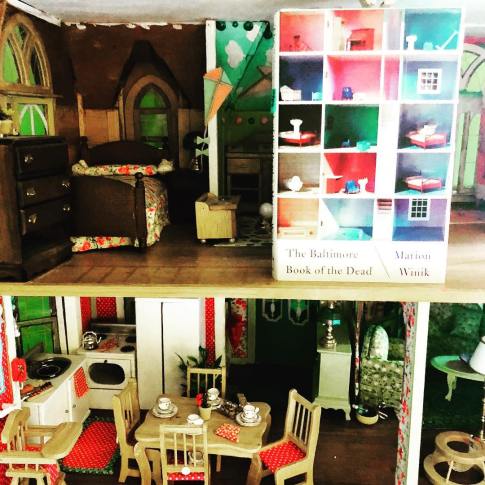 [Cover and author image courtesy of Counterpoint Press and used with permission. Artistic photo of book cover designed and photographed by L.Lindsay. Join me on Instagram]