Melodramatic, vivid and well-researched Victorian gothic focused on two young women from very different stations in life, begging the question: is she mad, a victim, or a killer? 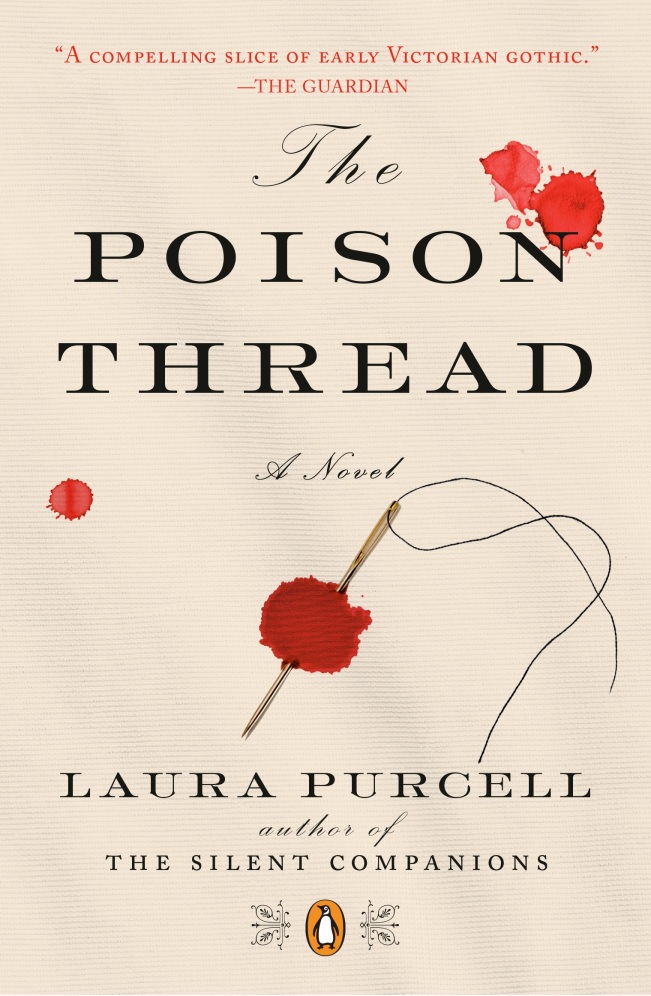 Last year, I was enamored with the haunting and atmospheric tale of THE SILENT COMPANIONS (Penguin original, 2018) about the so-called ‘dummy boards’ of the 16th century and knew I had to get my hands on Purcell’s second book, THE POISON THREAD [THE CORSET in the U.K.] releasing June 18, 2019. This time we are back in Victorian England with a spin on new terrifying tale, but this one has roots in real-life.

Dorothea Truelove is wealthy and gorgeous and has found her charitable work with the New Oakgate Prison highly enthralling–she enjoys visiting with the women inmates and exploring her hypothesis thatphrenology–the shape of a person’s skull can cast a light on their personality (crimes).

The lives of Ruth and Dorothea intersect in an atmospheric, haunting, a and dark tale. It’s complex and mysterious, I loved getting to know both Dorothea and Ruth, their ‘before’ lives. Horrific things happen to Ruth when she is ‘sold’ to the Mrs. Metyard’s dress shop to pay down her mother’s debt. There are several gasp-worthy moments which are truly distressing, involving abuse.

Compelling writing abounds in THE POISON THREAD and it is so deeply researched, handled by a master wordsmith—but the overarching theme begs the question: is it madness, pure evilness, or simply (not-so simply) a case victimhood?

Please join me in welcoming the lovely Laura Purcell back to the author interview series.

Laura, welcome back! I am so fascinated (and a little disturbed) by your dark imagination. You write wonderfully about gruesome history, yet you’re smiling and  raise adorable Guinea pigs. How do you reconcile those two sides of yourself?

Thank you for having me!

I promise I’m not that scary really … But I do think we are all many-faceted characters who should explore every aspect of our personalities. One thing I hate is when people either get pigeon-holed, or label themselves. There’s absolutely no reason a person should be JUST a ‘fantasy reader’ or a ‘crime writer’; it’s perfectly acceptable to love romance and horror movies at the same time!  I don’t believe in limiting yourself to subscribe to a certain brand. Which is why I often turn up to Gothic fiction events in bright Cath Kidston print dresses, much to everyone’s consternation!

I’m always curious what was haunting an author when they set out to write. And let’s face it: there are plenty of unsettling, haunting things going on in THE POISON THREAD. Was it a character, a situation, or something else propelling you?

At the time I started writing THE POISON THREAD, I was still trying to juggle writing with my employment, and was also on submission to agents for THE SILENT COMPANIONS, so I guess you can say I was very tense and frustrated. I didn’t hold out much hope for my writing career but I’d never been so excited by a story idea before. I really felt that this was the book that I, and only I, could write. My main propellers were the two lead characters, Ruth and Dorothea. I heard their voices inside my head in a way I hadn’t done before. It sounds weird, but I feel that they kind of told the story to me and I wrote it down.

“A dark, gothic story… Purcell alternates character narratives to question motives, reality, and truth on a ‘bumpy’ ride full of violence and death.”

The story of Ruth is based loosely on a real-life person, Ann Nailor, a 13-year old’s milliner’s apprentice. What can you tell us about that story? How did you discover it?

It’s such a harrowing tale. I first came across it when reading Jerry White’s London in the Eighteenth Century: A Great and Monstrous Thing. In a chapter about the Foundling Hospital, White went on to list what happened to some former inmates in the world of work. Ann was not one of the lucky ones. I decided to research her further using the Old Bailey online records and came up with a wealth of awful detail, including a complicated power play between the mother and daughter responsible for her death. Poor Ann was starved and beaten before her body was disposed of in a gruesome fashion. We actually had to tone down the real-life crime for the book, because it was just too upsetting.

And phrenology! I have very little knowledge of the practice. Is it a science? A study of psychology? A quack- type thing? A little of all? Do you have any experience with it?

This theory first appeared in medical and philosophical literature around 1790, spearheaded by Germans Gall and Spurzheim. It was proposed that a person’s entire character could be read in the shape of their skull.

The brain was divided into specific areas or ‘organs’, each responsible for a certain aspect of the personality. Organs were measured with a craniometer, a special instrument like a caliper. Depending on their size – anything from very small to very large – and the combination of surrounding organs, your character could either be lauded or condemned.

It was a pseudo-science with no real basis, often condemned by doctors, but that didn’t stop it getting absorbed into public belief. The adoption of these ideas was not only disturbing because of their fallacy, but the overt racism in many of the manuals. Charles Caldwell used maps of the brain to try and justify his ownership of slaves.

THE POISION THREAD seeks to answer several age-old questions about victimhood, madness, PTSD, women in society. What do you think the major themes are in this tale? What do you hope others take away?

I rarely think about themes while I’m writing, they tend to be something I only see when everyone else is talking about the book. The main things I wanted to get across were 1) The frustration of being limited or restricted, be it by looks, money, society or family. 2) How dangerous it can be to class someone as merely ‘good’ or ‘bad’ without seeing the shade in-between.

What’s on your TBR this summer? Any holidays planned? Because there’s nothing better than curling up with a great book on holiday.

Alas, I’ve already had my holiday this year! But my TBR pile is tottering as always. I will probably be diving into some Daphne du Maurier and a few of the exciting proofs I’ve been sent for upcoming publications. I’m particularly eager to start Tracy Chevalier’s latest, A SINGLE THREAD.

Laura, it’s been a pleasure. Thank you! Is there anything I should have asked, but may have forgotten?

Not that I can think of! Thank you so much for having me and for your insightful questions.

For more information, to connect with the author via social media, or to purchase a copy of THE POISON THREAD, please see: 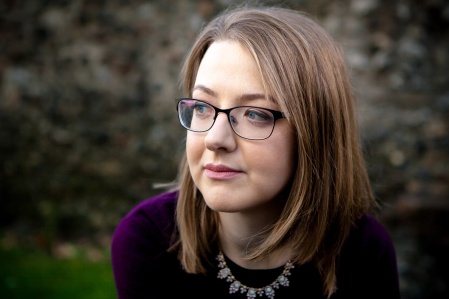 ABOUT THE AUTHOR: Laura Purcell is the author of The Silent Companions. She worked in local government, the financial industry and a bookshop before becoming a full-time writer. She lives in Colchester, the oldest recorded town in England, with her husband and pet guinea pigs. Fascinated by the darker side of royal history, Laura has also written two historical fiction novels about the Hanoverian dynasty. 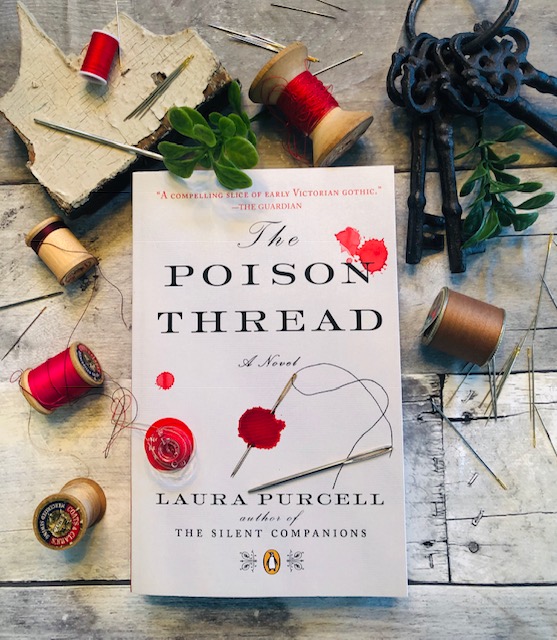 [Cover and author image courtesy of Penguin Random House and used with permission. Artful cover photo designed and photographed by L.Lindsay. Follow on Instagram for more like this].