How far will one mother go to protect her child? That’s the overarching question in KEEPING LUCY about a little girl with Down’s syndrome and one horrific institution, set in the early 1970s.

I’ve been a fan of T. Greenwood for some years now and was absolutely thrilled to receive a copy of her forthcoming book, KEEPING LUCY (St. Martin’s Press, August 6 2019). It’s 1969 and Ginny Richardson has just given birth to her second child, a daughter. But there are murmurs in the delivery room, concerned glances. The child has Down’s syndrome; the doctor says it’s best for the baby (who Ginny names Lucy) to ‘go away,’ to a home for the ‘feeble-minded.’ Ginny is married to a rising-star attorney, Abbot (Ab); his family is quite well-to-do and a bit formidable–they say it’s the best thing for the child, for Ginny, for the family. Ginny isn’t so sure.

She’s grieving. She missing her daughter. Ginny’s husband says they should just forget about her, as if she had died. A determined mother will not let anything get between her child(ren). Lucy has been living at Willowridge in Massachusetts and when Ginny gets wind of the horrific neglect and squalid conditions, she and her best friend, a nurse, go to rescue Lucy. A heart-pounding journey south ensues, with challenges along the way–broken down car, seedy motels, illness, and more.

KEEPING LUCY is written with a maternal urgency, told in a dual-timeline, slipping back to when Ginny and Ab first met, with touches of backstory and sharp character development, long-brewing personal desires, and more. I found the character of little Lucy quite compelling and wanted to know more about her. All characters grow and evolve, being clearly changed by the end of this satisfying, emotional read.

Greenwood’s RUST & STARDUST, a fictional retelling of the kidnapping said to have inspired Nabokov’s classic LOLITA was selected as Library Journals 2018 Best Books of the Year, Amazon’s Best Book of the Month, and a LibraryReads pick. It was featured in top trade and entertainment magazines. KEEPING LUCY is similar in that is involves an anguished mother, a near-kidnapping, a road trip, and other similar elements.

Please join me in welcoming the lovely T. Greenwood back to the author interview series.

Tammy, always so nice to chat. I understand KEEPING LUCY was inspired by real events of the horrific things that were going on behind closed doors at Willowridge in Massachusetts. Can you tell us a little bit more about what the jumping-off point was for you in this novel?

Hi Leslie! Thanks again for having me. When I started this book, I knew I wanted to write about a mother who was forced to relinquish her child to an institution, a so-called school which was, in fact, a house of horrors. That was basically the spark. But what happened as I wrote, was that I discovered the book was about a woman who was fighting not only for her child, but against the patriarchy. What feminism is, what a woman’s role is, and how motherhood might inform that fight was what propelled me forward. 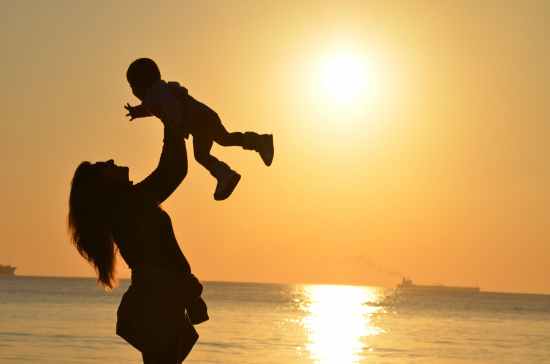 There are some similarities between KEEPING LUCY and last summer’s book, RUST & STARDUST, which I loved. We travel along the Eastern seaboard and visit Atlantic City, and both eventually make their way to sunnier, warmer climates (Florida in KEEPING LUCY and San Jose in RUST & STARDUST) . Can you touch on some of those similarities—and how do you see them as different?

As you know, setting is so important to me in all my work. In RUST & STARDUST, the settings were dictated by the true story which inspired the novel. Coincidentally, a couple of those settings were ones I was familiar with myself. (That may even be why I was drawn to them.)

In particular, Atlantic City has been a fascination of mine, a place where I spent a lot of time as a kid. So too is Florida. I grew up in Vermont, and we were a family that took road trips. A lot. I didn’t fly for the first time until I was thirteen. My grandparents lived in Florida in the winters, and we drove there every winter. I have always wanted to write about the Florida of my childhood, when roadside attractions were the norm and Disneyworld was novelty. I am very nostalgic about places that no longer exist as I once knew them. Atlantic City (pre-legalized gambling) and 1970’s Florida are like this for me. As a writer, we get to conjure those lost places.

I also drive with my own family across the country from California to Vermont every summer. I guess my tendency toward being on the road is starting to spill over into my fiction. 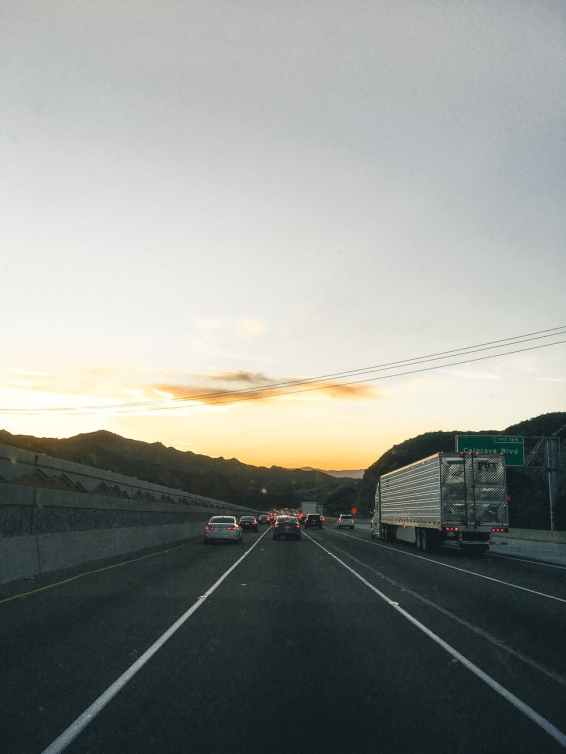 Photo by Jonathan Schmer on Pexels.com

As far as Down’s syndrome goes, I was reading an article recently about a young girl with Down’s syndrome who is a model as well as educator, spokesperson for Down’s. When this young woman was born, just 22 years ago, her mother and father were advised to put her in a home. Twenty-two years ago!! That was 1997. Unbelievable. What did you learn along those lines in your research? How common was it to put children with this diagnosis into homes?

Wow. That is stunning and heart-breaking. Though, it rings true given that the Americans with Disabilities Act, which prohibits discrimination against disabled individuals, did not become law until 1990. I was in college in 1990!

My research was primarily about the institutions themselves, about the horrors experienced by their residents. From what I could gather, most parents truly believed that they were doing what was best for their children. And these same parents were galvanized to file class action lawsuits when the true living conditions were exposed. It was one such “school” (The Belchertown School for the Feebleminded) and the newspaper exposé which prompted a major class action lawsuit against Belchertown which inspired this story.

I’m always intrigued with process. What does a typical writing day look like for you? And also, how do you challenge yourself to grow as a writer?

When I am in the middle of the project, I typically get up early and begin working by 5:45 or 6:00. The only way I make steady progress is by meeting daily word count quotas. For me, that is usually around 1500 words per day. I write my first drafts rather quickly – usually in 6-8 weeks. I then spend many, many more months revising. Sometimes I will think about a novel for years before I put pen to paper. Other times, something will spark and ignite right away.

With every project, I try to do something I’ve never done before. Whether it’s subject matter or point of view or something about the narrative form, I always try to challenge myself. RUST & STARDUST was the first novel I’ve written based on a true crime. KEEPING LUCY was also historical fiction, but only generally so. (The characters and their lives are pure fiction, despite the story being grounded in the experience of so many mothers of special needs children at this time.)

Photo by Min An on Pexels.com

What do you hope others take away from KEEPING LUCY? Is there anything I should have asked, but may have forgotten?

It’s been very interesting to me to see the early responses to this book. Some female readers are in disbelief that Ginny could be so firmly under the thumb of her husband. It’s set in 1971 after all! However, one thing I wanted to explore here was the way that not every woman was at the forefront of the women’s movement, that many women were still very much embedded in the 1950’s and 1960’s roles prescribed for them. Feminism was not a ship that everyone was aboard. As much as this book is about a mother fighting for her child; it is also about a woman fighting for her own autonomy and rights. I see Ginny’s evolution from passivity and acceptance to empowerment emblematic of so many women of her generation.

Tammy, it’s been a delight. I know you’re a reader, so one last question: what’s on your TBR?

I am listening to On Earth We’re Briefly Gorgeous by Ocean Vuong, and it is almost making me want to hang up my writing hat. It is brilliant and beautiful. If I were reading instead of listening to it, I’d be underlining every sentence.

For more information, to connect with T. Greenwood via social media, or to purchase a copy of RUST & STARDUST, please see: 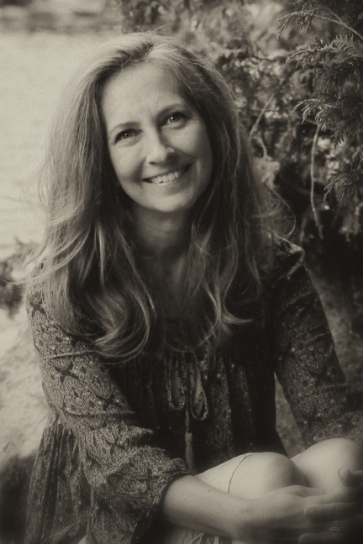 T. GREENWOOD’s novels have sold over 250,000 copies. She has received grants from the Sherwood Anderson Foundation, Christopher Isherwood Foundation, National Endowment for the Arts, and the Maryland State Arts Council. Her novel Bodies of Water was a 2014 Lambda Literary Awards Finalist; Two Rivers and Grace were each named Best General Fiction Book at the San Diego Book Awards, and Where I Lost Her was a Globe and Mail bestseller in 2016. Greenwood lives with her family in San Diego. 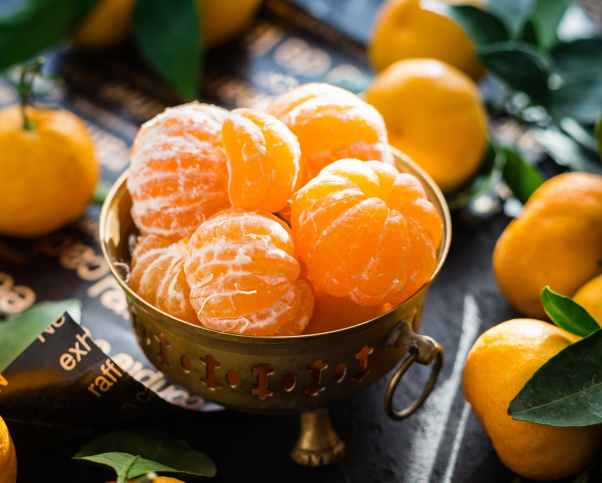 [Cover and author image courtesy of St. Martin’s Press and used with permission. Artistic photo of book cover designed and photographed by L.Lindsay. Oranges and suitcase, also by L.Lindsay. Follow me on Instagram for more like this].