A light, satisfying read about two women, a small town, and piles of gossip.

Nobody knows the people of small-town Wooster, Ohio better than Vivian Dalton,and she’ll be the first to tell you so. She calls it ‘intuition,’ her teenaged daughter, Charlotte calls it, what it is: eavesdropping.

Vivian and her colleagues work at Ohio Bell, connecting lines and lives. No one is supposed to listen in on calls, but they do. THE OPERATOR (William Morrow, March 10 2020) a debut by Gretchen Berg is about rumors, stories, class structure, education, gender inequality, and more. It is often humorous, relatable in most, and though it’s set in the early 1950s, it’s timely and topical, too. Plus, can we say, > “cover crush?! ”

We want to believe the 1950s was simpler, easier, but there were true concerns and worries then, too. There’s jealousy, bigotry, infidelity, and even embezzlement. THE OPERATOR is told primarily through Vivian Dalton, who is a bit insecure about her place in the world. She’s bright was asked to give up school at an early age. She’s married and raising teenagers, but somehow she seems to be lonely and not exactly tethered. Betty Miller is her rival–she’s a bit of a snob and a busybody–and when Vivian overhears a juicy call between Betty and someone who’s voice she can’t quite place, she hears something shocking–something that can shake her world to the core.

Determined to get to the bottom of these rumors, Vivian pokes around. Everyone seems to know everyone’s business, secrets aren’t exactly secrets anymore. Ultimately, satisfying, THE OPERATOR is a bit of a slow burn filled with comical odds and ends. Embedded within the narrative are story lines touching on class and resentment, class differences (Italians and African Americans, particularly). I really enjoyed the time period and small-town vibe.

Please join me in welcoming the lovely and talented Gretchen Berg to the author interview series.

So great to chat, Gretchen. I understand much of the inspiration for THE OPERATOR stems from your grandmother—of course like all fiction, it’s not about your grandmother—but pieces are borrowed from and inspired by. Can you talk a little about your ‘jumping off point’ for this book?

Hi Leslie – thanks so much for having me! My jumping off point for THE OPERATOR was definitely my grandma, but as the writing (and the many, many drafts) progressed the main character became less and less my grandma and more her own person. My grandma’s occupation, the time period in which she lived, her lifestyle and family, as well as some of the events in her life (not to mention her recipes and poetry), contributed enormously to the story.

I love the time period, the small-town of Wooster, Ohio. What’s your connection to Wooster? Actually, I had never heard of it until I read THE OPERATOR, but a friend told me her sister went to college there. Yet, you’re from Chicago and have spent a good deal of time in the Pacific Northwest. How would this story be different if you set it, say…in Seattle?

My mom and grandma were both born and raised in Wooster. When I was little we would take road-trips from Chicago to Wooster to visit my grandparents, and I loved it. I have very warm, fond memories of Wooster, and loved having the chance to “live” there while writing THE OPERATOR. I like the intimacy of a smaller-town setting for this story. If I set the story in Seattle, the issues wouldn’t have been quite the same. And there would have been a lot more rain.

“Funny, sweet, secretive, and full of fascinating 1930s, ’40s, and ’50s period details…a poignant look at life in a small town with its nosy neighbors, thorny families, imperfect romances, scandalous pasts, and gratifyingly just desserts. Nothing is as simple – nor as dreadful – as it seems.”

I think what underlies most of THE OPERATOR is insecurity. We eavesdrop on other conversations because we feel unsure about things, we seek knowledge, insight. Insecurity is often tied to uncertainty. Can you expand on that a bit?

I think it’s tied to our basic need to be accepted and loved for who we are, and the people who struggle with that the most are those who don’t accept and love themselves – which sounds completely cliched, but is still true. Insecurity places all your personal strength and power in the hands of other people and their opinions. Who are those people, and why do you think they’re so important? Like with Vivian and Betty. They didn’t run in the same social circles, but were still very caught up in each other’s personal business. The uncertainty (on Vivian’s part) relating to what she overheard just compounded the problem. Had she been more secure in who she was, I think she would have handled that much differently.

I’ve read a handful of books lately that seem to touch on race and class and what we perceive as class differences. Is there truly a difference, in your opinion? Aren’t we all just trying to do our best, make it through the day, our job, do the best for our families? Why do you think this seems to be such a ‘hot topic’ lately? Or maybe it’s just me.

I think both race and class are major issues in this country, although if you live somewhere where you’re not really confronted by either they’re easy to gloss over as non-issues. It’s really hard for a lot of people to understand an issue unless they’re experiencing it themselves, which is where I think books, and those types of discussions in the books, can help with understanding. I’ve done a lot of traveling, and the one thing I always come away from those experiences with is that people are just people. Everywhere. There are always slight variations in cultural differences, but the people in those cultures are, deep down, exactly the same as people in any other cultures. Your annoying neighbor who practices the (insert random loud, grating musical instrument here) with the window open after 10pm on a weeknight? There’s one of those in Indiana. And one of those in Finland. And one of those in Iran. And we all want them to pick a more reasonable rehearsal time, and keep their window closed, at least until they can hit all the notes in the right order and make it sound pleasant and musical. And we are all trying to do our best, which makes it frustrating to see racial/class issues cropping up. Still. We all love pizza and laughing and baby animal videos! You know?

Turning to craft a bit…how do you challenge yourself as a writer? What do find yourself thinking or doing when avoiding the page?

When I’m not able to put words on the page I turn to the research, which I love anyway. With historical fiction I found that I can do pages and pages of research, and only end up using a tiny fraction of a paragraph from what I learned, but I still think it helps to put me in the right frame of mind for writing. Reading books and newspapers from the time period, or watching movies or television programs from the time period. It’s all fascinating, educational and ultimately useful.

THE OPERATOR is your fiction debut. What do you think you did ‘right’ and what do you wish you had known more about?

I’m the kind of person who will always want to make more edits, well after the book has been published, so I have to make my peace with the end result once it goes to print. I had spent years writing other things (non-fiction, genealogy narratives and research reports, a fictional trilogy), and learned what worked and what didn’t with those. “Right” and “wrong” in any creative realm are so subjective, and there will be as many opinions on it as there are people in the world. So, like, 7 billion.

Gretchen, this has been so enlightening. So many thanks for taking the time to chat with us. Is there anything I should have asked, but may have forgotten?

I think you asked some very in-depth, thought provoking questions. Thank you! 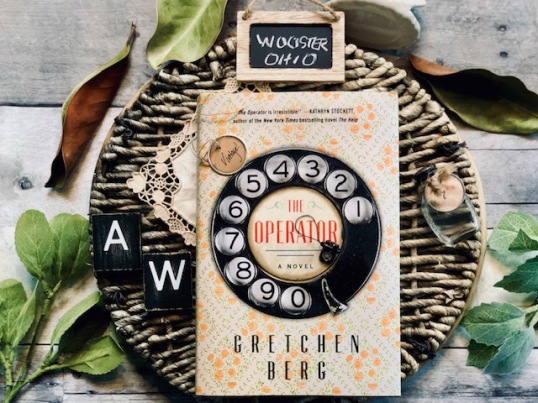 For more information, to connect with Gretchen Berg via social media, or to purchase a copy of THE OPERATOR, please see: 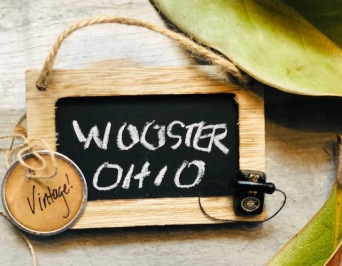 Gretchen Berg spent many years working in the fields of education and travel. Her parents had always encouraged her to write, but she waited until she heard “you are a writer” from more trustworthy advisors: a London psychic, and a taxicab driver in Athens, Greece. The taxicab driver also said they had been lovers in a previous life.

After writing a humorous memoir in 2010 Gretchen ventured into the field of genealogy, where she compiled narratives and research reports for clients, while also working on her family’s history. It was during her family research that she came across an interesting bit of information that, when expanded upon, became her debut novel, The Operator (William Morrow/HarperCollins).

Leslie Lindsay is the award-winning author of SPEAKING OF APRAXIA (Woodbine House, 2012). Her work has been published in Pithead Chapel, Common Ground Review, Cleaver Magazine (craft and CNF), The Awakenings Review, The Nervous Breakdown, Ruminate’s The Waking, Brave Voices Literary Magazine, Manifest-Station, and others. Forthcoming photography to appear in Up the Staircase Quarterly and Another Chicago Magazine; poetry to appear this summer in Coffin Bell Journal. Leslie has been awarded as one of the top 1% reviewers on GoodReads and recognized by Jane Friedman as one of the most influential book reviewers. Since 2013, Leslie has interviewed over 700 bestselling and debut authors on her author interview series. Follow her bookstagram posts @leslielindsay1.

[Cover and author image courtesy of William Morrow and used with permission. Image of downtown Wooster, Ohio retrieved from Wikipedia on 4.11.20. Artistic photo of book cover designed and photographed by me, Leslie Lindsay. Follow on Instagram @leslielindsay1 #alwaysreading #alwayswithabook]