Darling children’s picture book about a little owl who goes on an adventure far from his home, asking more that just whoo-whoo.

~BOOKS ON MONDAY|ALWAYS WITH A BOOK~

Every child–especially those around ages 2-4 love to ask ‘wh-‘ questions: who, what, when, where, and why. Especially why. Here, author/illustrator Chad Otis, brings to life the adorable owl, Oliver, in this charmingly sweet and funny tale of curiosity, OLIVER THE CURIOUS OWL (Little, Brown Young Readers, August 11 2020).

Oliver lives in a tree in the woods with his mother and father and siblings…but they only ask ‘who?’ Oliver needs more. He wants to know: who lives in the faraway woods? Where does the river go? Why can’t I leave our tree? So one day, he and his little friend, Bug, go. They leave the safety of their nest and meet new friends–bats and beavers, alligators and seals, too. They try new things and eat new foods and maybe they get a little scared. But it all turns out okay in the end.

OLIVER THE CURIOUS OWL is about getting out of one’s comfort zone and exploring the big, wide world in order to satisfy one’s curiosity; it’s also about finding one’s self and in the process, helping those you love and care about become stronger, better, more inquisitive individuals.

I love the vibrant, simple illustrations, the rich color combinations in this story. It’s a sweet tale with a moral, and infused with nature, but not overly preachy.

Please join me in welcoming Chad Otis to the author interview series:

Chad, thank you for popping over. I love OLIVER! He’s charming and delightful and yes—he could be Any Kid. Can you tell us what your inspiration was for OLIVER THE CURIOUS OWL? Was it a visual theme or technique you wanted to explore, or was it more of a moral or theme?

The story was inspired by my four nephews, who crawl on me like a jungle gym when I visit. They rattle off questions like adorable, squirmy reporters at a White House press conference. I just love that kids want to know everything, go everywhere, and do everything!

Like so many stories, this one evolved along the way. But it definitely all grew out of the curiosity theme, and that simple word play as a premise – Hoo/Who, What, When, Where, and Why.

As for the moral, I always knew I wanted Oliver’s family to come around in the end, but the rest of it sort of seeped into the story as I asked myself some of the questions you’re asking. Why is it important to be curious and leave our comfort zones? How does it change us? How does it affect those near to us? 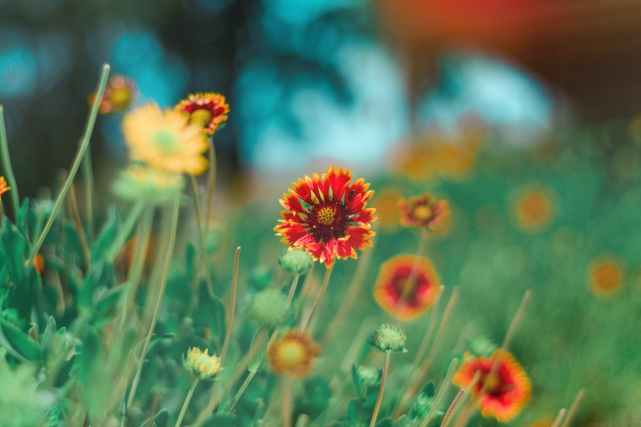 Photo by Akshar Dave on Pexels.com

I think what I love so much about this story is this is such a universal theme—this idea of independence and exploration. All kids—and adults—are almost always seeking some kind of autonomy. Can you expand on that a bit, please?

While my main goal with OLIVER was to make an exciting, funny, engaging story – the takeaway really is near to my heart.

When I was 6, my family and I left Iowa on a school bus that my parents had converted into our home. Over the next four years we wound our way from Iowa to California – stopping at shopping malls and fairs to sell my parents’ art (My dad painted portraits in oil, my mother did pets in pastel). That lifestyle made me sort of fearless when it came to traveling. But, I was home-schooled and didn’t go to a real school (with real kids!) until third grade, so I was more than a little intimidated by the prospect of getting to know a bunch of new kids and teachers.

Clearly, this isn’t a typical story of independence and autonomy – in fact, it’s sort of backwards. Once we had abandoned the bus, in order to grow, I needed to find my way to deeper, more permanent connections with people. And while most kids I knew were testing their boundaries and trying to leave the nest, I was glad to have a home that stayed in one place (My big tree) and friends I didn’t have to say goodbye to anytime soon.

In the end, I had to learn the same lessons as everyone else – If we want independence and autonomy, we need to be trustworthy and self-reliant. Being independent means more than just jumping head-first into things – it means being curious, asking questions, and being able sort things out. I think that’s an especially good lesson for kids. 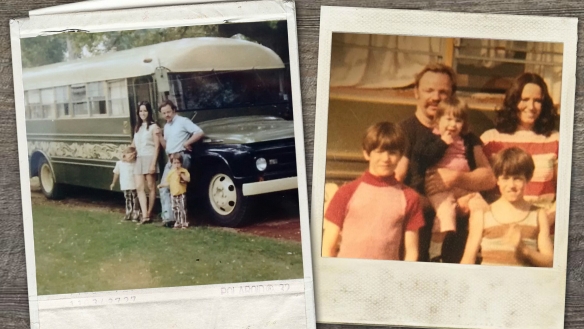 My daughters are not the intended age for OLIVER THE CURIOUS OWL (they are 13 and 15!), but I read it to them anyway. Here’s why: they recently backpacked the Rocky Mountains. They left their safe, comfortable suburban home and hiked around a rocky mound and slept in a tent and ate camping food, and…well…you see, I think they were changed by the experience, just as Oliver was changed by his. Along those lines, I have heard (where, not sure), that humans need to experience seven new things a week for brain health. That’s a lot—but it can be as simple as trying new foods, a new route home, etc. Can you talk about how new experiences change us?

Good for them! It can be scary leaving our comfort zones, but that’s where the magic happens! I totally agree that learning, and experiencing new things keeps our brains healthy. I also think it keeps us in touch with our inner child, which might be the healthiest thing of all.

I went on my first big adventure when I was 22. I spent a month riding a motorcycle from Rome, along the Mediterranean and through the Pyrenees mountains, to the west coast of Spain and France – staying mostly in campgrounds along the way.

As with Oliver, my adventure had good parts, and not-so-good parts. I met lots of interesting people – but I got pick-pocketed at the Colosseum. I snorkeled in the Mediterranean – but I ran out of gas in a tunnel on an Italian mega-freeway. I played basketball at the beach in Spain – but got lost at night in Barcelona (This was before we had smart phones with GPS!).

Plus, I brush my teeth with my left hand sometimes – which always makes me feel pretty smart.

“The book deftly avoids the pitfall of preachiness, showing and not telling the moral of this tale….
Who who who could resist the gentlest tale of adventure?”

OLIVER THE CURIOUS OWL is your debut as an author-illustrator. Can you talk a little about your artistic influences? The process of writing and illustrating? Do they two go hand-in-hand for you? Does the text come first?

My biggest influences are probably Theodore Geisel, Jim Henson, and George Lucas. I’m in awe of their gutsiness, work ethic, and storytelling prowess. Early on, each of them was told “That’s not how it’s done!,” but they stuck to what they believed and changed their respective crafts.

Illustration trailblazers like Mary Blair, Iyvend Earl, and Ed Emberley all set the stage for us modern-day folks. I especially appreciate the reductionist approach of artists like Ed Emberley and Charley Harper (Why make an owl out of fifteen parts when it can just be a circle with two half-circles for wings, right?)

Mine is definitely a “writing hand-in-hand with illustration” process.

The bones of the story come first. I sort out the major parts of the story — the premise, the beginning, middle and end — in my head before I write anything down. I want to make sure it makes sense and seems intriguing as a verbal summary before I start. If I think I’ve got something that works, I’ll pitch it to friends and family. I can usually tell if they “get it,” and if they like it. If I get a blank stare in return, it’s no good.

From there, It’s very much a back-and-forth between visuals and text — each informing and propelling the other. I start with very rough versions of all 32 pages filled in as thumbnails on a single sheet of paper. Once I have the main story points and situations in place, I go back-and-forth between images and text – improving each, until it all works.

Photo by freestocks.org on Pexels.com

One last thing: back-to-school is looking a little different this year due to the COVID19 pandemic. I think OLIVER THE CURIOUS OWL might be a good choice for parents and educators as we ease into a new normal. What questions or guidance might you suggest to caregivers during this time?

Well, I’m just an over-caffeinated uncle who’s curious about things like watermelon bugs (some people call them June bugs because they show up in June), comets (what’s the difference between a comet, an asteroid, a meteor and a meteorite?!), and eyeballs (they’re filled with vitreous humor – a transparent, colorless, gelatinous mass that fills the space in the eye between the lens and the retina. I guess that’s sort of humor-ous?).

That said, in times like these – when we can’t physically explore the world as much, or get to spend time with as many people – I think it’s important to remember that the biggest adventures and discoveries can happen between our ears! Being curious can mean learning more about the people nearest to us, being creative, and of course discovering new worlds in the pages of a good book!

Imagination is a muscle! I’m a firm believer that strengthening that muscle and learning to have a rich inner-life is equally as important as physically exploring our world. Like Oliver and Bug, we can dream about what might be in the Faraway Woods and Beyond before they actually go there!

Photo by Tatiana Syrikova on Pexels.com

Chad, thank you! Is there anything I should have asked, but may have forgotten?

Thank you, Leslie. I think that covers it. I appreciate the interview! 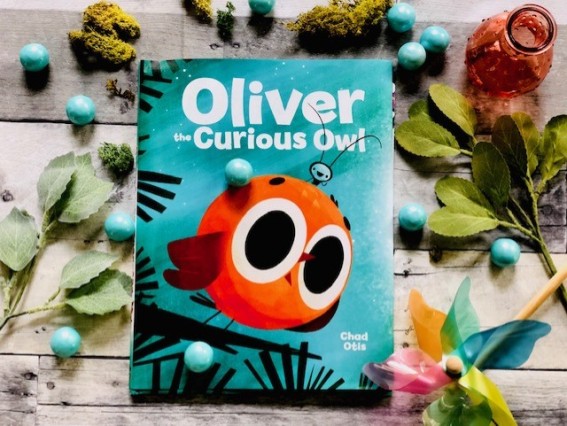 For more information, to connect with Chad Otis via social media, or to purchase a copy of OLIVER THE CURIOUS OWL, please see:

CHAD OTIS worked with Nickelodeon, Cartoon Network, Disney, Mattel, Hasbro, Nintendo, and DreamWorks for over twenty years as an animator, illustrator, and creative director. He now creates books for children and is the illustrator of Cuddle Monkey (written by Blake Hellman). OLIVER THE CURIOUS OWL is his debut work as both author and illustrator. He lives in Seattle, WA.

Leslie Lindsay is the award-winning author of SPEAKING OF APRAXIA (Woodbine House, 2012) and former Mayo Clinic child/adolescent psychiatric R.N. She is at work on a memoir. Her writing & prose poetry has been published in Pithead Chapel, Common Ground Review, Cleaver Magazine (craft and CNF), The Awakenings Review, The Nervous Breakdown, Ruminate’s The Waking, Brave Voices Literary Magazine, Manifest-Station, Coffin Bell Journal, and others. Her cover art was featured on Up the Staircase Quarterly in May 2020, other photography in Another Chicago Magazine (ACM) and Brushfire Literature & Arts Journal; CNF in Semicolon Literary Magazine; the 2nd edition of SPEAKING OF APRAXIA will be available late this summer. Leslie has been awarded one of the top 1% reviewers on GoodReads and recognized by Jane Friedman as one of the most influential book reviewers. Since 2013, Leslie has interviewed over 700 bestselling and debut authors on her author interview series. Follow her bookstagram posts @leslielindsay1. 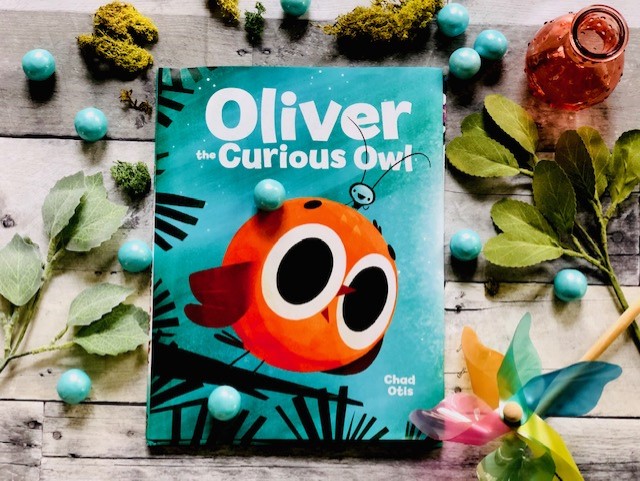 [Cover and author image courtesy of Little, Brown for Young Readers and used with permission. Other images, unless otherwise noted, provided by C. Otis. Artistic cover image designed and photographed by me, Leslie Lindsay. Follow on Instagram for more like this @leslielindsay1 #alwayswithabook]