A gorgeously written and well-packaged novel about missed connections, grief, and forgiveness.

We’re not supposed to judge a book by it’s cover, but I did (isn’t it gorgeous?!). So does Magdalena, one of three ‘main’ characters in INDELIBLE (Bloomsbury, January 17, 2017) who sees writing on the bodies of everyone she meets—names and dates of their pasts and future, details both banal and profound.

We follow along–in Paris and London, and on into Spain–the lives of Neil and his father, Richard. There’s a summer pilgrimage to the medieval town on rocky coast of Spain where the body of Saint Jacques was said to wash ashore covered in scallop shells.

And yet, another storyline in which Richard is searching the truth of his late mother, a famous expatriate American novelist who abandoned him at birth. He has vivid memory of her red shoes under the kitchen table…and so did she really abandon him?

These three stories of such unique and memorable characters converge in a provocative rush of history and literature, and the need to connect with others, both past and present.

Join me as I sit down with Adelia Saunders and chat with her on her mystical and glittering debut.

Leslie Lindsay: Adelia, it’s wonderful to have you; thanks for popping by. It’s usually the case that most stories come to us after we’ve been haunted or yearn for something. What was it for you that propelled your interest in the story of INDELIBLE?

Adelia Saunders: The idea for the story came from some time I spent doing some research in the Lithuanian central state archives in Vilnius. I’d been looking at docents from the 1920s and ‘30s – school records, census forms, etc. Most people live their lives without leaving much of a clue about who they really were, and I was interested in how the few details preserved are commonplace and deeply personal at the same time: a person’s occupation, religion, date of birth, who they married, when they died. I wondered what it would be like have to read in advance all the paperwork a life would leave behind. That led to the idea of a character who sees people’s “archives” written on their bodies.

L.L.: Are you the type of writer whose characters sort of ‘come’ to you? Do you get a glimpse of them—in form or name, or a brush of their personality before you set pen to paper?

Adelia Saunders: I think I always base characters on people that I know, because I need to believe in them and have a sense of them before I can really imagine them. But of course once I have a character started, I depart quite a bit from the real person.

L.L.: INDELIBLE is almost like three stories in one. There’s Neil, the son of Richard who is studying in Paris. There’s Richard who is searching for details about his famous author mother who abandoned him as an infant, and then there’s Magdalena who can see information about a person based on the writings in his or her body. Was there a particular thread that really grabbed your attention? One that you especially enjoyed writing?

Adelia Saunders: I had a lot of fun writing Neil’s part of the story – he’s a college student studying medieval history, and I enjoyed the research for his section. It was like I got to go back to college, vicariously, through him.

L.L.: I have to admit; I was not aware of the Saint Jacques myth about his body washing up on a rocky coastline in Spain fully intact and covered with scallop shells. Can you tell us a bit more about that?

Adelia Saunders: I really like that image – from one of the less-known myths about the remains of Saint Jacques (or Saint James, in English). He was one of the twelve apostles, and he was beheaded by Herod in the Holy Land in 44AD, although his body is said to be buried in the cathedral of Santiago de Compostela, on the western coast of Spain. There are a lot of stories about how the body got there – I think the most common one is that it floated in a boat guided by the stars all the way from
Jerusalem. It’s possible, too, that someone transported his bones to Spain in a more earthly way (or that they aren’t really his remains at all…) but I particularly like this other version of the story, in which the saint’s body washes ashore perfectly preserved and covered with scallop shells, which are the symbol of the pilgrimage to Santiago.

L.L.: This is your first book. What’s the ride been like? What advice would you give to others embarking on the process of becoming published?

Adelia Saunders: It has been a real pleasure to see this story come into existence as a book – cardboard covers, dust jacket, etc. As for advice, I think I’d say the same thing I told myself when I was wondering if anything was going to happen with this project: the experience of writing had better be fun and fulfilling in its own right. I can’t imagine anything good ever came out of writing with the single goal of holding a book in one’s hands, and since mine has come out I’ve found myself feeling surprisingly free of it. That’s not quite what I expected, but I think it’s good.

L.L.: There are a lot of deep themes running through INDELIBLE. Forgiveness. Grief. Sorrow. Hope. The ability to ‘see’ beyond. What do you hope others take away from the story?

Adelia Saunders: To me it’s a story of missed connections. Each of the characters lives inside a reality all of their own, and each one reacts in ways that are perfectly logical given the facts they are dealing with, but which may be bewildering to the people around them. The father and son characters don’t realize that the break in their relationship is caused by a misunderstanding leading to separate sets of assumptions neither has considered might be wrong. The young Lithuanian woman who sees writing on people’s skin wanders around bumping into things. People think she’s clumsy, but really she’s just extremely nearsighted and she’s afraid to wear her glasses because of what she might read on the bodies of people around her.  [You may also enjoy Jessica Strawser’s novel on missed connections, ALMOST MISSED YOU. You’ll find her interview here]

L.L.: What question should I have asked, but may have forgotten?

Adelia Saunders: Your questions have been great! How about, What books are you 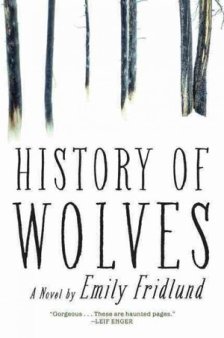 reading now? My answer: “The Little Red Chairs” by Edna O’Brian, and I just finished
“History of Wolves” by Emily Fridlund. I’m also reading and re-reading the Greek Gods graphic novels by George O’Connor to my kids. My son (age 3) now makes us call him Zeus.

L.L.: What’s obsessing you these days? What has your interest?

Adelia Saunders: I’ve been reading a lot about water politics in the Southwest. Growing up in a dry place, water has always been something I thought about in various ways, and I’m intrigued by how much storytelling goes into in the process deciding how and by whom it should be used. [A novel you may want to consider is Jacqueline Sheenan’s THE CENTER OF THE WORLD. Interview here]

Adelia Saunders: Thank you for having me!

For more information on INDELIBLE, or to connect with Adelia on social media, please see:

You can connect with me, Leslie Lindsay, through this social media channels:

[Cover and author image courtesy of Blomsbury publicity and used with permission. Author image credit: Danielle Baron Atkins. Image of Santiago retrieved on Wikipedia; image of census records retrieved from whodoyouthinkyouare.com; image of History of Wolves retrieved from linked NPR article, all on 4.18.17]