A riveting story of a woman’s quest to understand her recently deceased mother, a glamorous, cruel narcissist who left her only child a mound of debt, mysteries, threats, and questions.

Gina Sorell has my attention. I loved her searing debut, MOTHERS & OTHER STRANGERS and absolutely reveled in the mystery surrounding both of her characters, daughter Elsie (Elspeth) and her mother, Rachel/Devedra.

Just take a read of the first, magical line:

“My father proposed to my mother at gunpoint when she was nineteen, and knowing that she was pregnant with a dead man’s child, she accepted.”

I found MOTHERS AND OTHER STRANGERS written in such a crisp, flow-y manner propelling the story forward, making it a challenge to set it down. I wanted to know more. The prose is absolutely stunning, the mystery absorbing, and Elsie’s mother–troubling. Sorell writes with such authenticity it was a bit hard to believe this wasn’t a memoir.

I’m so honored to have Gina on the blog couch this morning.

Leslie Lindsay: I’m always so, so intrigued about what propels a writer forward with a particular story. What was it for you in MOTHERS AND OTHER STRANGERS?

Gina Sorell: For me it was that opening line. It rattled around in my head for a very long time and then I thought, who would say that? What if she was a mother? And then what kind of woman says that to a child? And then I was off creating my characters and their world.

L.L.: There is a good deal of backstory in MOTHERS AND OTHER STRANGERS, and this is probably the crux of the entire story. One of the main characters is dead after all, and we need to understand the person she was to make sense of the story; I feel our past so very much shapes our present. Can you speak to that, please?

Gina Sorell: I agree, that’s a great way to put it. Our past does shape us, often in ways that we are unaware of, and hopefully later in ways that we can recognize and address. One of the things I always had in the forefront of my mind while writing this, is that you can’t really know where you are going, until you know where you’ve been. And the protagonist Elsie, is in many ways stuck where she is as a result of not really knowing the full extent of her and her mother’s past. She needs to understand how her past shaped her, so that it can hopefully no longer define her.

“This dark gorgeous jewel of a novel probes the secrets we keep and the complex ties of family, love and loss. Shattering and brilliant, this marks the debut of an astonishing talent.”

L.L.: Elsie is a professional dancer and I found reading about her practice and profession quite fascinating. I understand you were also a performer, much like Elsie, but as an actress. How do the two overlap and what research did you conduct to bring authenticity to the dance world?

Gina Sorell: To me being an artist is about communicating, about telling a story and creating a shared experience that will hopefully touch people and make them stop and think and feel. As an actor I had the benefit of a script to help me do that. As someone who danced for many years, but not at Elsie’s level, I had to rely on my body and the music and how I related to it, to convey my thoughts and feelings. I adore dance and spent a lot of time practicing it, and later watching it, and I think all that personal experience really helped me bring that authenticity to Elsie’s world. 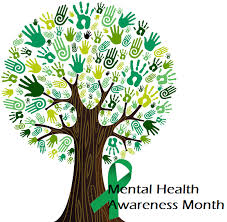 L.L.: And her mother! How I loved to hate Rachel/Devedra. May is actually Mental Health Awareness Month and I have to say, you really brought narcissism to light. In fact, I was worried this might be based off your own mother. It’s not, I hope?! How was the character of Rachel/Devedra conceived?

Gina Sorell: Thankfully Rachel/Devedra is not based on my own mom! I have a wonderful mother, and I am grateful. But I will say that neither of my parents had very easy relationships with their own parents growing up, distance, divorce, tragedy, many things were a factor, and while they had good relationships as adults, I was always struck by how amazing my parents were, in spite of not having had it easy. As an actor who worked in the entertainment industry, I am no stranger to narcissism, it’s a place where that kind of thing can thrive, and understandably so. But what happens to someone when their whole world is no longer about them? What happens to someone when one of their greatest commodities, their beauty, starts to fade? And what does life look like for someone who feels that their best years were robbed from them by fate and an unplanned pregnancy? I wanted to explore those things, and that really is Rachel; a woman who in many ways felt she was cheated and never got her chance, and was unable to mother Elsie properly as a result.

L.L.: And mothers in general. Since it’s May and we just celebrated Mother’s Day and the title bears the name…I have to highlight your lovely blog series, ‘Discover Your Mother.’ Many of us really don’t know who our mothers are, or were ‘before.’ What did you learn about your own mother in this process?

Gina Sorell: Thank you, doing the ‘Discover Your Mother’ series has been really wonderful. I always knew that my mom was a young mom, three kids by the time she was 25, but finding those pictures of her dancing and laughing, and being social and glamorous and adventurous, really showed me who she was out in the world. A world before her kids came along. And it also really drove home how brief that time was for her, from her parent’s house to living and marrying my Dad. It was hardly any time at all, and it made me really appreciate how much she has given of 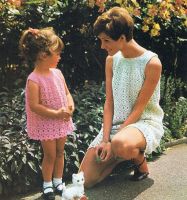 herself to all of us all while being supportive and kind and loving. She’s a great mom and friend.

L.L.: Death, grief, finding oneself, reinvention. These all seem to be themes in MOTHERS AND OTHER STRANGERS. What this deliberate on your part, or did they just sort of reveal themselves? Ultimately, how important is theme?

Gina Sorell: Theme to me is very important as a guiding principle when I am writing, but the themes also grow and open themselves up and reveal themselves to me. I started with this idea as I’ve mentioned of how can you go forward until you know where you’ve been, which grew into the larger theme of identity and how all the things that you’ve stated above; death, grief, finding oneself, reinvention, along with secrets and lies, shape that identity.

L.L.: You’re awfully busy mothering, working, writing. And that’s a good thing. I think it helps focus writing time. What are some of your hacks?

Gina Sorell: Oh that’s a good question. I do a lot of work with clients on the west coast, which means that as an east coaster, my day goes longer, but I can also grab an hour or two in the morning to walk and write. Walking is a great way for me to get into my writing frame of mind. I also bribe myself with coffee and treats to stay at the desk, on the days when I want to get up and go because it feels to hard. And I usually get a three hour chunk on the weekend, from my husband and son to focus on my writing. But often there are work deadlines that take precedence during my week, and when that happens, I try not to get grumpy and focus on what needs to get done and reward myself with a whole day of writing at the end of it.

L.L.: What do you like to do when you’re alone? It doesn’t have to be literary.  [Hint: I love cleaning/organizing while singing—badly—along with my iPod].

Gina Sorell: I love design blogs. And design in general. And I like to walk, listen to the radio, a good podcast and also bake. I’ve been known to read cookbooks to relax.

L.L.: What lasting words of wisdom about writing might you impart?

Gina Sorell: In the beginning I think you need to establish some sort of routine; an hour or three a day, whatever you can, and keep it consistent. I did that for a very long time, until I could trust that I could find my way back after a break. And then I think you need to trust that you can be flexible, and that not everything needs to perfect in order to create, you just need to do it. I also am a big believer in having a beautiful or inspiring space, for example, I always have a mason jar of flowers on my desk, and will blast some favorite songs to get me in the mood and then I get to it. And I always try to stop at a place that gives me a good place to start the next time, so that I have something to look forward to.

L.L.: Gina, it’s been a tremendous pleasure! Thanks for popping by.

Gina Sorell: The pleasure has been all mine! I really appreciate your thoughtful questions. And I am thrilled that you loved the book! I can’t wait to read yours one day too!

For more information, to connect with Gina via social media, or to purchase your own copy of MOTHERS & OTHER STRANGERS (for yourself or a gift), please see: 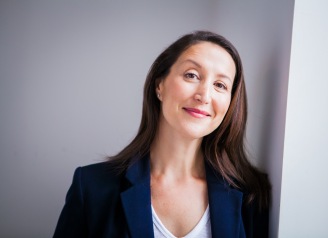 Gina Sorell was born in South Africa and raised in Toronto. A former actor, Gina was part of the first ever performing arts school in Canada, Claude Watson School for the Performing Arts, and among the first students admitted to the school in its inaugural year. She attended CWSA and Earl Haig as a drama major and dance minor, and would go on to attend The American Academy of Dramatic Arts in Manhattan. Throughout her school years Gina wrote and often created and produced her own work.

Gina’s first job as an actor was at an off-off Broadway theater company called Theater on Three; creating work with inner city kids who had stories to tell. She then returned to Toronto where she wrote and performed in a successful sketch troupe called The Stupid Goodlookings, and later at Second City Mainstage. One of the first plays she performed in was the first ever adaptation of Margaret Atwood’s Good Bones, and she had the pleasure of studying playwriting with the late Carol Bolt. After moving to Los Angeles with her actor husband Jeff Clarke, Gina returned to her first love writing, and honed her craft at UCLA Extension Writers’ Program, graduating with distinction. It was at UCLA that she met her mentor, the New York Times bestselling author Caroline Leavitt, who contacted Gina after reading the first sentence of her novel Mothers and Other Strangers, to say that she had a book, and encouraged her to pursue it. After a decade in Los Angeles, Gina returned to Toronto to be with her family and raise her own, in her old beloved neighborhood of Riverdale, which has always felt like home. Learn more at http://www.ginasorell.com.

You can connect with me, Leslie Lindsay, through these social media outlets:

[Cover and author image courtesy of Prospect Park Books and used with permission.   Mason jar of flowers and vintage mother and daughter found on Pinterest, no source noted. Mental Health Awareness logo retrieved from Mental Health America, all on 5.15.17]