The deterioration of the natural world and a coming-of-age story set in the very near not-so-distant future.

In her prescient debut, DISASTER’S CHILDREN (Little A; November 5, 2019),  Emma Sloley seamlessly weaves together an apocalyptic novel with cultural commentary to producing a memorable narrative both searing and tender.

Raised in a privileged community of ultra-wealthy survivalists on an idyllic, self-sustaining Oregon ranch, Marlo has always been insulated. The outside world, which the ranchers nickname “The Disaster,” is ravaged by environmental suffering and situated precariously on the brink of global catastrophe. There are stunning modern homes, clear skies and abundant flora. Everyone’s happy because they have a shared agreement to disengage from news and politics, abstaining from information and the internet, instead investing in the development of their own exclusive society. Can it outlast impending destruction in the world beyond?

But Marlo has long been intrigued by the chaos and opportunity beyond the confines of her picturesque community,  fueled by occasional trips to major cities and correspondence with her two childhood best friends, who have disavowed and fled the commune. Marlo starts to consider life outside the ranch. Then a stranger arrives and Marlo starts to question everything.

Please join me in welcoming Emma Sloley to the author interview series:

Despite the apocalyptic themes, there’s a sense of optimism to DISASTER’S CHILDREN.  Is the book intended to function a bit as a call to action? And what about hope?

It was hugely important to me to allow for hope in this story, just as I feel that hope is an essential component of the real-life fight against impending environmental and humanitarian disasters. The forces arrayed against those of us concerned about climate change and degradation of our natural world rely on apathy as a tool to keep people unengaged. If the end of human civilization seems inevitable, what’s the point of even trying anything? May as well keep burning those fossil fuels and partying like the world’s about the end, right? And I’m sympathetic to that stance. Apathy is very alluring! Action is difficult. It was also important to me to that the setting be one of immense natural beauty – fiction often presents us with bleak post-apocalyptic landscapes (and some of my favorite stories are set in those worlds), but instead I wanted to explore the possibilities that still remain to preserve this wild and beautiful planet of ours. 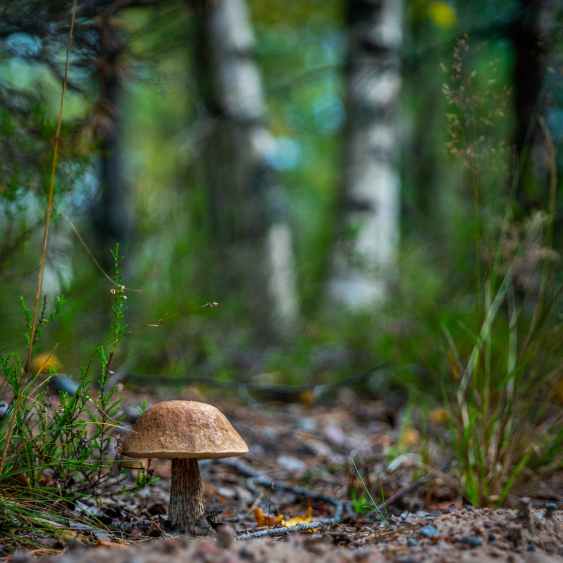 Photo by Egor Kamelev on Pexels.com

Over the course of the narrative, the ranch seems to emerge as a microcosm of America. Capitalism, religion, guns, police violence, and even immigration and labor are, to some degree, explored throughout the community. Wolf seems to rise among the ranks quite quickly. It speaks to intergenerational wealth and the American Dream. Can you talk about that, please?

One of my principal aims in creating the world of the ranch was to hold a mirror to our current moment. The irony of these kinds of communal living experiments is that in seeking to escape the confines of society, the communities often end up becoming a microcosm of the outside world, with all its complexities, prejudices and hierarchies. It’s very difficult for humans to escape their own nature, and I think most societies, no matter how noble their founding, end up organized around more or less the same principles as the extremely imperfect systems under which most of us live.

Initially, Wolf despises the inherent hypocrisy of the ranch, with its exclusionary membership rules and shameless embrace of bourgeois trappings, but he is very quickly seduced by the benefits available to those admitted to this world. I wanted to say something about the myth of American meritocracy, and how damaging that myth is to our ability as a country to move towards a more just and equal society. And while it’s easy (and morally necessary!) to critique the structural inequalities in our society, I also wanted to show just how seductive wealth, power and privilege can be. Who among us can confidently say we wouldn’t grasp the chance to move several rungs up the privilege/class ladder were we offered the chance? I wanted Wolf’s transformation to feel both uncomfortable and utterly understandable to the reader.

Photo by Phil on Pexels.com

Although most of the residents pride themselves on rational thinking and rejection of religion, some seem more oppressed than liberated. How does the issue of religious freedom factor into the narrative? Was there a particular message you sought to communicate?

I knew from the beginning I wanted this community—which in many ways resembles other historical communes and cults in its adherence to an agrarian utopian vision—to be organized along rational, non-religious lines. I steered away from the idea of a religious or spiritual cult in which the participants revolve around a single, charismatic leader who demands adherence to a strict religious dogma. It made sense to me that the founders—liberal, urbane, open-minded people whose fundamental concern is surviving a global disaster—would consider religion an unnecessary distraction from their mission. But in banning the practice of religion, the ranchers unwittingly create a situation of oppression. While I’m not religious, I strongly believe a society that pays fealty to individual freedoms must include the freedom to practice one’s faith, as well as the freedom to reject faith altogether. So I definitely wanted to communicate the folly of a society denying religious freedom, even if it’s ostensibly for noble reasons.

“Sloley masterfully weaves together the tropes of dystopia, romance, and mystery…. With so many questions left unanswered, this dystopia is ripe for a sequel.”

The affluent residents of the ranch decide to divorce themselves from news and politics, finding that it’s easier to be happy with less information. Do you think their attitudes reflect those of many Americans, especially the wealthy, today?

Absolutely. This is by no means an original observation, but we live in a world where, increasingly, there are two separate realities: the reality of the global elite, who hold unprecedented levels of wealth and power; and the reality lived in by everyone else. The former group have the luxury of switching off from the daily flood of dire news, because they will never be required to suffer the consequences of most catastrophes. This is more a critique of the system rather than individuals. I think most of us would love to consume less news and politics. But unfortunately, especially for marginalized people, the very act of trying to exist, to access fundamental human rights, is political. To be honest, it was nice to construct this fantasy in which switching off might be possible. I envied the ranchers!

How does Marlo’s status as an adopted child figure into her identity?

I knew I wanted my protagonist to be caught between two worlds, and I tried to make sure she experienced several layers of outsider-ness that would drive her desire to leave the ranch. Marlo is caught between the culture in which she was born but has never experienced and the culture of her adoptive parents; between her loyalty to her parents and her desire to join her activist friends; and also between the chaotic outside world and the idyllic, safe world inside the ranch.

In many ways, the novel takes the form of a traditional coming-of-age story. Unlike the protagonists of most of those narratives, however, Marlo is twenty-five. Can you tell us about your decision to cast a young adult, rather than a teenager, in this type of story?

Originally, Marlo was twenty-nine, but feedback from various readers convinced me to make her slightly younger. I think there was a feeling that it was unrealistic to imagine a young woman still living in what’s basically the family compound close to age thirty. Of course, this isn’t an ordinary society, and there’s definitely an expectation that anyone who lives on the ranch will never leave, so it made sense in that context. I wanted Marlo to be at an age at which she was old enough to feel restlessness about her cloistered life, but also have her be constrained by her very sheltered upbringing. In a lot of ways she’s very naïve about life in the outside world, and the arrival of Wolf really throws those naiveties into relief. Her coming-of-age basically only happens once this outside agitating force is introduced. I also needed her to be old enough to make leaving the ranch a viable option, as this supplies the narrative’s fundamental tension.

Photo by Juraj Masar on Pexels.com

I’m curious about how you approached the balance between gesturing at real-world threats and creating an imagined landscape?

In her speculative and sci-fi novels, Margaret Atwood famously includes only scenarios with real-world analogs, and I followed that lead: most of the crises that unfold in The Disaster throughout the book are ripped from the headlines, as they say in Law & Order world. Setting the action a few years from the present moment allowed me to slightly exaggerate the scale and reach of various ecological and humanitarian disasters. This gives a ticking-clock urgency that I hope feels chillingly believable, but also allows room for a change of course. I’ve always been fascinated by utopias, so imagining the ranch was easy: my Arcadian ideal is a place where nature, beautiful human design, pastoral ideals, tolerance, and intellectual curiosity can co-exist in harmony, so I really just imagined the kind of place I’d love to live!

For more information, to connect with Emma Solely via social media, or to purchase a copy of DISASTER’S CHILDREN, please see:

ABOUT THE AUTHOR: Emma Sloley began her career as an editor at Harper’s BAZAAR Australia before moving to New York to become a freelance travel writer. Her short fiction and creative non-fiction and travel writing has appeared in many literary journals and print publications. Emma is a MacDowell fellow and has been nominated twice for a Pushcart Prize, and her debut novel, DISASTER’S CHILDREN was published by Little A in November. Born in Australia, Emma now divides her time between the US, Mexico, and various airport lounges. She lives with her husband, the writer Adam McCulloch.