A powerful and emotionally riveting portrait of what it means to be a family, A MOTHER’S PROMISE is poignant, breath-taking, and authentic, perhaps Hepworth’s best to date.

[2018 edit from Leslie]: I’m re-running this 2017 interview with Sally because it’s so, so timely with Valentine’s Day right around the corner. Plus, there’s the love between a mother and daughter, and just how touching the message portrayed within these pages. I promise,  you will probably ugly-cry, but that’s a good thing. Really.

I flew through this book, not because the topics touched upon are light-hearted; but because the writing is so smooth, so effortless, so authentic and engaging. But be warned: if domestic abuse (including rough sex), miscarriage, cancer, and social anxiety are triggers for you, by all means, select this book with caution. Still, Hepworth does a remarkable job of presenting these situations in a veiled attempt so that we get the gist of what’s happening, but don’t have to relive every raw moment with her characters.

Alice is a 40 year old single mother raising her daughter, fifteen year old Zoe on her own; Zoe’s father isn’t exactly in the picture. But then Alice gets sick and is given a grim prognosis, she is befriended by her R.N. and social worker who attempt (sometimes erroneously) to correct the “problem.” 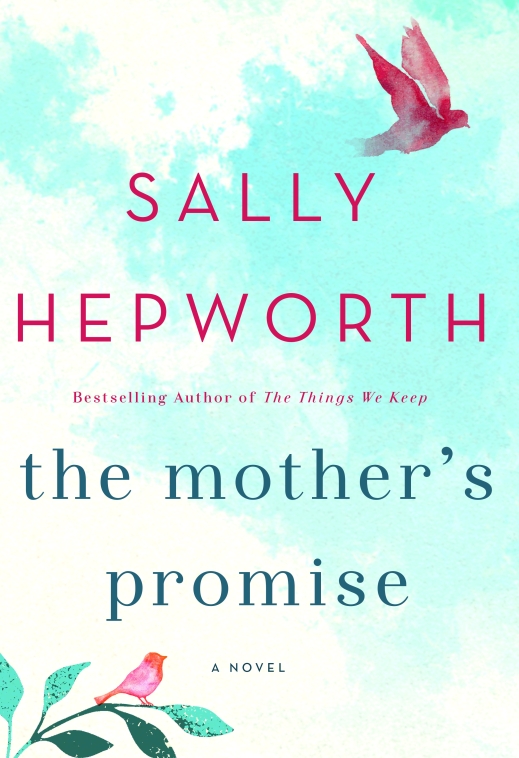 So pull up a chair, grab a cup of coffee and join me and Sally as we chat about writing, THE MOTHER’S PROMISE, and family.

Leslie Lindsay: Sally, it’s a pleasure to welcome you back! I know from our conversation last year about THE THINGS WE KEEP, you tend to get a lot of story ideas from human interest stories you come across in the media and how it might affect your family. (Hint: me, too…it’s my favorite part of the news). And so, this story THE MOTHER’S PROMISE is no exception. Can you tell us a little about what spurred your

Sally Hepworth: Yes, THE MOTHER’S PROMISE was spurred by the news–an article about a single mother, diagnosed with terminal cancer, who was searching for a guardian for her eight-year-old son. The woman’s ex-partner was not in the picture, her own parents had passed away and she was an only child. She didn’t have any friends or colleagues who she felt she could ask. I wondered … how does someone end up so alone? I have a big extended family, so this was hard for me to wrap my head around.  I wanted to explore it in a novel.

The more I thought of it, the more I realized there are many ways a person can be alone. Some people are physically alone, others are alone in marriage or a decision. Some claim to feel alone even when people surround them. Before I knew it, I had begun a total exploration of the ways a person can be alone … and the ways they can rejoin the world, even under the toughest of circumstances.

L.L.: I have to say, I fell into the rhythm of reading about Alice and Zoe so quickly.  They were easy to like, slightly flawed, normal people experiencing the extraordinary (in both regards as Alice has cancer and her daughter has debilitating social anxiety). Can you tell us a bit about your inspiration for each of these characters? And a little, too about the secondary characters: Kate, the nurse, Sonja the social worker, George the psychologist?

Sally Hepworth: Honestly, I didn’t put a lot of thought into the characters before I began writing. I didn’t set out to make Zoe a certain way and Alice another way, I wanted to let them reveal themselves to me as I wrote. The same is true for the secondary characters. I tend to be a planner when it comes to plot but characters tend to unfold organically without too much help from me.

L.L.: You do a lovely job of blending several different storylines and characters, all of which have a hint of dysfunction and a trace of authenticity that has readers question their own situations and whether they made the ‘right’ decisions at the time. Did you set out to write a controversial medical/emotional tearjerker, or did it sort of evolve into that?

Sally Hepworth: I wouldn’t say I ‘set out’ to do anything much other than telling a good story. That is my primary purpose: to entertain. But I think the best way to entertain people in fiction is to make the characters feel real, and the conflicts they face relevant. If I suck the reader in enough to make them question their own situations, I’ve probably done my job properly.

L.L.: Your knowledge of Zoe’s teen culture is pretty spot-on, but you yourself are mom to three young kids, one just a newborn. Can you talk a bit about how you were able to

Sally Hepworth: I spent a fair bit of time talking to teenagers for this book–my babysitters, to the teenage kids of friends, the neighbor’s kids—anyone I could. I adore young people, so this was a real pleasure. And I also watched a few teen American movies. But ultimately, I had to just imagine what it would be like to be fifteen and suffering from Social Anxiety Disorder. That is sometimes the most challenging (and interesting) part of being an author—stepping into someone’s else’s reality and being that person (at least for a few pages).

L.L.: What do you hope folks take away from THE MOTHER’S PROMISE?

Sally Hepworth:  That we are better together. Humans are relational beings. We aren’t meant to be alone. Sometimes life throws us hardships to force us to reach out and help one another.

Sally Hepworth: We’re building a house at the moment so getting it finished is on my
bucket list. I’ve written all my novels to date at the kitchen table, so it will be lovely to have an office with a wall of bookshelves from which to create. We’re also taking a family holiday to

Bali this year, which I’ve wanted to do for years. I’d also love to take a trip to the U.S. to meet my editor and the wonderful folk at St. Martin’s, but as I have a newborn, that might have to be on my 2018 bucket list.

L.L.: Is there something I should have asked, but may have forgotten?

L.L.: Sally, a true pleasure! Thanks so much for popping by.

Sally Hepworth:  The pleasure was mine.

For more information, to connect with Sally on social media, or to purchase a copy of THE MOTHER’S PROMISE, please see: 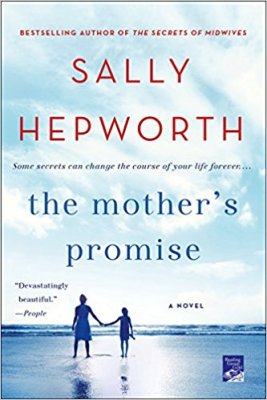 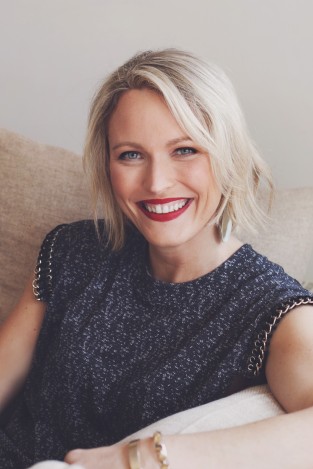 ABOUT THE AUTHOR: Sally Hepworth is the bestselling author of THE SECRETS OF MIDWIVES. New York Times bestselling authors Liane Moriarty and Emily Giffin have praised Sally’s debut novel as “women’s fiction at its finest” and “totally absorbing”. THE SECRETS OF MIDWIVES was also the highest selling debut Australian fiction of the year in 2015.
Sally is also the author of THE THINGS WE KEEP, published in January 2016. The Things We Keep was a Library Journal Pick in the U.S. for January 2016, and an Indie Next Pick in the U.S. for February 2016. NYT bestselling author of The Rosie Project, Graeme Simsion praised THE THINGS WE KEEP calling it ‘A compelling read that touches on important themes, not least the different forms that love may take.”
Both novels were published worldwide in English and have been translated into over ten languages. Sally is currently working on her next novel. She lives in Melbourne, Australia with her husband and three children
You can connect with me, Leslie Lindsay, around these parts of the tech world: