“You can bury the story…but you can’t hide the truth…” so begins the hook for the second crime drama/suspense, THE CHILD (Berkley Trade Paperback, March 6, 2018) by Fiona Barton.

You may recall Fiona Barton’s 2016 summer debut, THE WIDOW at the top of the New York Times bestseller list… a global phenomenon.

She’s back with a brand-new story, but featuring Kate Waters, the investigative journalist we ‘met’ in THE WIDOW. This time, she plays a more central role.

Set in London, THE CHILD encompasses the lives of three women and one baby. But there’s a twist: the baby is missing or dead or…we don’t entirely know.

Workmen uncover the tiny skeleton of an infant while demolishing an old house in London. It’s been buried for years. For journalist Kate Waters it’s the perfect story. Who is this baby? Why wasn’t s/he given a proper burial? With journalism and newspapers quickly being replaced by more amateur-ish reporting (i.e. Internet/FB/Twitter), it’s a story she feels compelled to investigate.

As Kate digs into the past, she finds there are several grisly secrets rising to the surface.  THE CHILD is a bit more forensic-procedural-crime-driven read, but it has a very satisfying end.

Please join me in welcoming Fiona Barton back to the blog couch.

Leslie Lindsay: Hello and welcome back, Fiona! THE CHILD begins with a pretty grisly discovery: an infant skeleton is uncovered in a former garden as workmen are demolishing a building. What did you discover about yourself as you were writing THE CHILD?

L.L.: The image of a buried newborn sort of haunted me as I read (I think this is what you intended—so bravo!), and clearly it haunts your character, Angela, whose infant daughter was abducted from the hospital just days old. What was haunting you enough that you wrote THE CHILD? 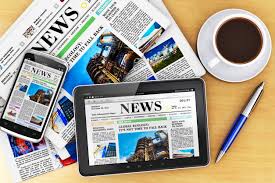 Fiona Barton: The same thing. For THE WIDOW, I had the voice of my main character Jean in my head, driving me on but it was an image for THE CHILD. I could see a baby, wrapped in newspaper, being buried secretly and I wrote this scene first because it was so vivid. I remember trying to read it to a friend and having to stop. I’d written it in the first person and it was completely overwhelming.

L.L.: You’re a former journalist and I can only imagine that experience colored the character of your character, Kate Waters. They say journalism is changing; there’s the 24-hour news cycle, more people who claim to be ‘experts,’ and writing about things maybe they shouldn’t…can you talk about ‘good news’ and ‘bad news,’ how we consume current events…

Fiona Barton: Although it is only two years since she broke the story of the abduction of Bella Elliott [in THE WIDOW], Kate’s world in THE CHILD has changed beyond recognition. News is now 24/7, online, visual, powered by social media, algorithms and the multiple news platforms available to the public. 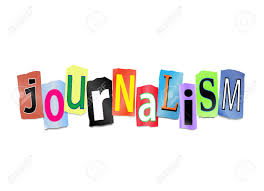 I think it is fantastic that news and information can reach so many people instantly but the downside is that perhaps we have focused so hard on the technology for delivering news that we have lost sight of the quality of the content.The boast that everyone is a journalist because they are on social media has turned out to be a hollow one. They are not journalists. Journalism is gathering facts, checking the truth of statements, analyzing information and telling the story. The millions on Twitter, Facebook, Instagram et al are sometimes reporting facts but more often, they are giving their opinion. Not the same. And I am convinced it  has opened the door to the horror that is Fake News.

I have addressed this head-on with Kate because it is an issue that affects many journalists of my vintage. In THE CHILD, she is paired up with a new, young online reporter and finds her ideas of accuracy and news values under threat.  Her complaint that news websites rely on “Hate a celebrity, dressed up as news” is a heartfelt one…

L.L.: What I found striking about THE CHILD was the common thread: motherhood. All the mothers in this story are very different. There’s Jude and Emma, Angela, and Kate. Can you talk about how they vary as mothers and who you identified with most (I think I can guess the answer)?

Fiona Barton: The emotions, responsibilities – and the pain – of motherhood are unique to each of us with children. Ask any woman and she will have her own story to tell.

For THE CHILD I chose three very contrasting mothers: Angela, who lost her daughter before she could form a relationship; Jude, who chose to send her daughter away and Kate, the working mother, juggling ambition and family.

Jude was the most difficult to write because her traumatic years with her adolescent daughter, Emma and her decision to throw her out, were so alien to me. But, with Angela, I’d interviewed two or three women who had to give up their babies at birth and I’ve never forgotten their accounts of the pain of those partings. 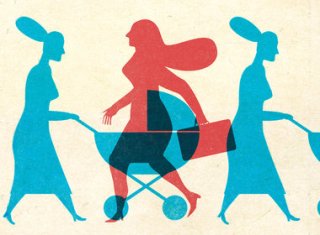 In confidence, I didn’t have to look too far to write about Kate’s guilt when a story threatens to take priority over her children. But you’ll have to ask my two if I got it right…

L.L.: What do you hope readers take away from THE CHILD?

Fiona Barton: The thrill of the ride! Anything else will come from them. We all read in such an individual way that we create our own version of a book. As the famous English writer, Dr. Johnson,said several hundred years ago: “A writer only begins a book. A reader finishes it.”

L.L.: What was the last thing you Googled? It doesn’t have to be literary.

Fiona Barton: Wish I could say literary quotes or forensic facts…but it was train times!

“Fiona Barton has outdone herself with THE CHILD. An engrossing, irresistible story about the coming to light of a long-buried secret and an absolutely fabulous read—I loved it!”

L.L.: What book would you take with you on holiday?

Fiona Barton: Am collecting candidates and in my beach bag so far are THE ADVERSARY by Emmanuel Carrere, LAST STOP TOKYO by James Buckler and THE GO BETWEEN  by L.P. Hartley. Room for more…

L.L.: Fiona, as always, it was a pleasure. Was there anything I forgot to ask, but should have?

Fiona Barton: I am writing my next book as we speak. And Kate is still there with her foot in the door.

For more information about THE CHILD, to connect with Fiona Barton via social media, or to purchase your own copy, please visit:

ABOUT THE AUTHOR: My career has taken some surprising twists and turns over the years. I have been a journalist – senior writer at the Daily Mail, news editor at the Daily Telegraph, and chief reporter at The Mail on Sunday, where I won Reporter of the Year at the National Press Awards, gave up my job to volunteer in Sri Lanka and since 2008, have trained and worked with exiled and threatened journalists all over the world.

But through it all, a story was cooking in my head.

You can connect with me, Leslie Lindsay, by visiting these sites: