Pure WOW in this wickedly good twisted tale of isolation, torturous tension, smart and oh-so-good thriller from bestselling author Shari Lapena. She’s here chatting about writing herself into corners, how this is a ‘puzzle mystery,’ and she doesn’t always know the answers, plus her writing advice, being disciplined and so much more.

In 2016 when THE COUPLE NEXT DOOR came out, I was swept away. And then Lapena gave me more chills with A STRANGER IN THE HOUSE (2017) and this book, this one–AN UNWANTED GUEST (Penguin/Viking, August 14 2018) totally knocked it out of the park.

This time, Lapena takes us to a small luxury hotel nestled in the Catskills Mountains with a cast of characters who don’t know one another. Soon, everyone becomes isolated from the outside world as a winter storm rips through the area leaving the inn without power. There is no escape. No Wi-Fi, no phone service, and plenty of tension. Oh, and a killer at large. At least underfoot.

Maybe. Probably. What would explain the death of gorgeous Dana, engaged to a handsome guy from a prominent East Coast family? She’s found at the bottom of the stairs of inn on the first morning…was it an accident or something else? And then the body count rises. Everyone and no one is a suspect. Tensions run high. Accusations mount. Not everyone at the inn is as angelic as they seem.

“An intriguing cast, an isolated location, a raging storm and the threat of death in every dark corner: AN UNEXPECTED GUEST reads like Agatha Christie with a shot of adrenaline.”
—Gilly MacMillan, New York Times bestselling author of THE PERFECT GIRL

We all have secrets…but could any of us be killers? That seems to be the overarching question AN UNWANTED GUEST is trying to answer.

Lapena writes with such a fluid hand, such intelligence that doesn’t come across as ‘too much,’ but quickly pulls the reader right into her grasp. Despite the murderous nature of the book, I almost found the reading experience ‘cozy.’Maybe it’s the language she uses or the images evoked with the descriptions of the inn, but I fell under Lapena’s spell almost immediately and didn’t want to let go.

You will have theories and ideas about the end, the twist, but chances are, you’ll be wrong. I was. Seriously, read this.

But first, join me in conversation with Shari Lapena.

Shari, it’s always a pleasure. I’m so, so intrigued with your initial concept of AN UNWANTED GUEST. It feels very classic in terms of storytelling—and that’s a good thing! I’m reminded not just of Agatha Christie but also the new trend in Escape Rooms. Can you talk a bit about your inspiration behind the narrative?

That’s interesting that you suggest Escape Rooms. I hadn’t thought of that! The inspiration behind AN UNWANTED GUEST is actually Agatha Christie’s novel, AND THEN THERE WERE NONE.  I’ve always been fascinated by the idea of people trapped somewhere with a murderer among them and the characters (and the reader) trying to figure out who’s doing the killing and who’s going to be next. I tried to create a setting reminiscent of that Golden Age by creating a hotel from that era, full of antiques and old fashioned touches. Also, a few years ago, we had a severe ice storm where I live in Toronto; all the power was knocked out, and it was extremely treacherous. I thought then that it was a great atmosphere for a thriller. I combined the two and came up with AN UNWANTED GUEST.

I love, love all of your twists and turns and the characters in AN UNWANTED GUEST. So I’m curious 1) do you ever write yourself into a corner and 2) did you have a character you felt most aligned with?

Yes, sometimes I write myself into a corner and have to back up and reconsider, but that’s all part of the process. Because I don’t really plan it all out, I do have to rethink and rewrite. This was a particularly tricky book to write, because it’s a puzzle mystery. I would have to say I felt the most affinity with the character of the writer, Candice. She is based a bit on me, I think. I also write in yoga pants, am very disciplined, even driven, and I don’t like to tell people what I’m working on because, as Candice says, “it sucks all the energy out of the project.” I had fun writing her.

We all have secrets—and darker truths to our characters than even we’re willing to admit—that’s what seems to be lurking under the surface in AN UNWANTED GUEST. You never know who might be a little unhinged. Can you talk about that, please?

Well, that’s what psychological thrillers are all about—getting to the darkness, the motivations underneath that people are hiding. And there’s certainly a lot of that in AN UNWANTED GUEST. Each of the guests has something going on beneath the surface, something they’re not telling, but is it enough to make them a killer?  And then there’s the question of the rational (if you can call it that) murderer who is motivated by a reason, and the unhinged type of murderer who may have no good reason at all. It could be either in this story. You just don’t know until the end.

Photo by eberhard grossgasteiger on Pexels.com

I’d love to ask writing advice, but I have a feeling the answer will be, ‘read a lot in your genre and write every day.’ So, I won’t ask. But I am curious what inspires you and how you keep the saw sharp.

I would say read a lot in general, not just in your genre. It’s true that writing regularly really does help. Writing in fits and starts isn’t the best way to really discover your own voice. My advice would be to write the stories that really excite you and write them in your own way—only that way will you discover your own unique voice, and that is what writing is all about. Write for yourself, really—write something you would love to read.

What inspires me is the work itself. I start with an idea or a premise that interests or excites me and take it from there. Once I get into it and the characters start to come alive and do things and make things more interesting, I become inspired by the story itself. I become curious about where it’s going and what’s going to happen next. Writing is like reading—you become absorbed in that world.

I’ve so enjoyed this, Shari. Is there anything I should have asked, but may have forgotten?

Someone asked me recently how I would react if I was a character in one of my own novels. I thought that was an interesting question. I know if I were a guest at Mitchell’s Inn I would be watching everyone very carefully and trying to get a read on their characters. In real life, I like to study people’s behaviour and try to predict what they will do in given situations based on what I know of them. I find human psychology very interesting! 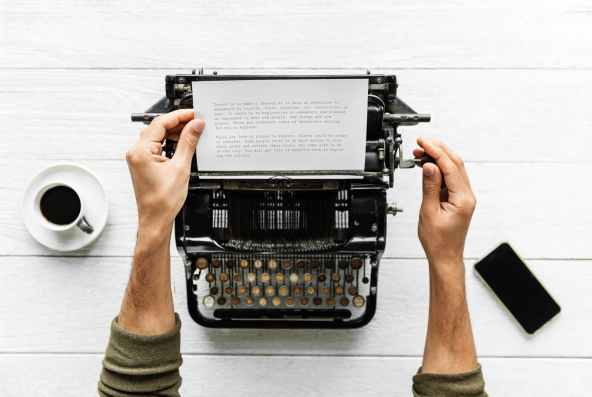 Photo by rawpixel.com on Pexels.com

For more information, to connect with the author via social media, or to purchase a copy of AN UNWANTED GUEST, please visit:

She lives in Toronto with her family. Her next thriller, An Unwanted Guest, will be out the summer of 2018.

It’s definitely goldenrod season around here—and I just love this gorgeous #book—both inside and out. #Poetry always gets me in the mood to #write—and I’m not a poet. For me, it’s the economy of #language, the concision of ‘#stories’ captured; almost like #prompts for a larger work.
#abandoned #whatsthestory #metal #booknerd #windows #abandonedplaces #abandonedbuilding
🌾Late September. Unfiltered.
Word on the street is folks enjoy seeing writers-at-work. And don’t really get that, but here I am ‘at work,’ I mean, agonizing over word choice, word order… blah, blah.
You know, the chairs are meant for the humans, but this hound dog is in them more than we are. I’m so glad we spent good money for this dog to have an oversized leather chair.
Morning.
Loading Comments...