A young woman returning to her hometown in Wisconsin learns a brutal murder case she witnessed is being re-opened in this romantic thriller. 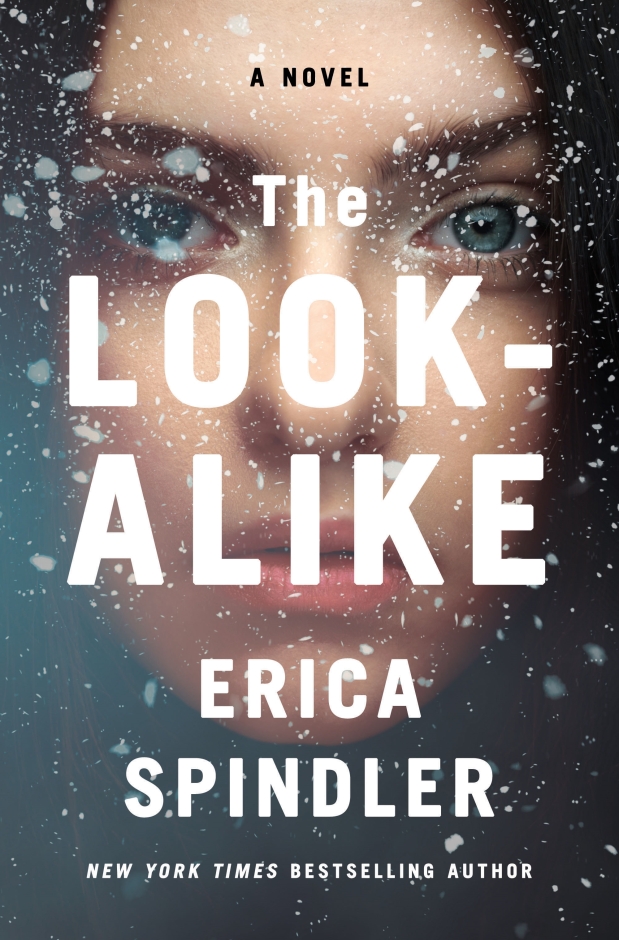 A most anticipated book of 2020 according to:

Trudging back to her door room late one night at Frederick College ten years ago, Sienna Scott stumbles upon a murdered classmate, her white coat and snow-covered ground stained crimson. The case is never fully solved, but closed. Sienna is shipped off to London to live with her grandmother. For ten years, she attends school there, becomes a chef. She’s back now, because her mother, who suffers from a paranoid delusional disorder is requiring more assistance. Others have always said Sienna looks just like her mother and Sienna’s biggest fear is that she will inherit her mother’s mental illness. What’s more, Sienna realizes there were some similarities between she and the girl who was murdered: they both had the same white coat. Could it be that Sienna was the intended victim?

The longer Sienna stays in her hometown, in the home with her slightly reclusive mother, she wants to get to the bottom of the mystery of the girl’s murder. Mysterious calls and an unmarked white van appear. Could there be something to it, or is she losing her mind, like her mother?

There are plenty of side-plots, too. Sienna’s relationship with her older half-brother factor in, as does the attractive new neighbor, plus Sienna also hopes to purchase a local restaurant and refurbish it for her own new home/restaurant. All of which builds the suspense of whodunit; everyone seems to have a motive and there’s a fine cast of characters to choose from, generating plenty of theories. A perfect read to curl up by the fire this winter.

Please join me in welcoming the lovely Erica Spindler to the author interview series.

Erica, welcome! I always feel we are sort of haunted into writing a certain story—whether a character, a situation, or a past event we’re looking to explore. What was it for you in THE LOOK-ALIKE?

Hi, Leslie! Thanks for hosting me here on your blog. Yes, you hit the nail on the head, it is like being haunted. Or stalked. LOL. For me it was an image of blood in the snow. Literally. As I stewed over the image, it expanded to include a young woman trudging across campus in a snowstorm and literally tripping over the body of a murdered classmate. Eventually, a question attached itself to the image: What if the young woman becomes convinced, seemingly without reason, that it was she who had been the killer’s intended target?

Photo by Татьяна Чернышова on Pexels.com

I am the daughter of a severely mentally ill mother who suffered from paranoid delusions (and a bevy of other things). Like Sienna, one of my biggest fears was (is) that I would inherit my mother’s mental illness. In fact, there’s a quote from THE LOOK-ALIKE that sums this up perfectly:

“Sienna had wondered how long before someone would comment on how she was the mirror image of her beautiful, auburn-haired mother. It used to bother her, the speculative looks, the feeling that they were just waiting for her to go off the rails. As if by inheriting her mother’s features and coloring, she had inherited her mental illness as well.”

Can you expand on this a little more?

First off, thank you for sharing your personal history with me. It means a lot that my words rang true to your experiences. As a writer it’s my job, I think, to create truth within fiction. So again, thank you. As for your question: The apple doesn’t fall far from the tree—or so the saying goes. We have this expectation, or assumption, that a child will be just like the parent. Maybe it’s built into our human DNA. And it puts tremendous pressure on a child, whether their parent is mentally ill, as Sienna’s is, or the perfect homemaker or an incredible beauty, a brain surgeon, or whatever. It’s just out there. I was able to exploit that expectation, not just to create tension within the story, but to make Sienna’s doubts and fears both believable and sympathetic. 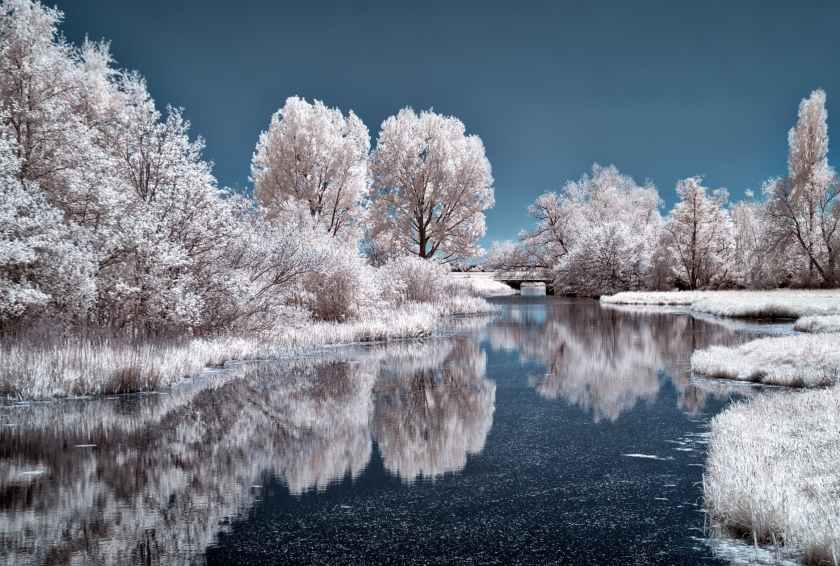 Photo by Michiel Alleman on Pexels.com

Also, can you go into more details about what persecutory delusional disorder encompasses?

The person who suffers with PDD believes they are being threatened, mistreated, or will be harmed in the future. Basically, they believe that someone is out to get them. The psychologist explained to me that no ‘fact’ you present with will dissuade the PDD afflicted, they will bend reality to fit their delusions. It was fascinating to explore through my character!

I’m also quite taken with the setting of THE LOOK-ALIKE. It takes place in Wisconsin, near the Illinois boarder—but I understand you reside in the New Orleans area. Can you talk about how you determined to set the book where you did? Do you have any experience or connection to Illinois or Wisconsin? Small towns?

I grew up in Rockford Illinois so I have first hand knowledge of snowstorms and bitter cold. Rockford is located near the border to Wisconsin and the college town of Beloit. When I was in high school everybody headed to Beloit on the weekend because the drinking age was 18 compared to our 21. Fond memories. LOL THE LOOK-ALIKE’S Tranquility Bluffs is based on the town of Beloit—I even managed to include the bar we always went to (Hanson’s Tavern, it’s still there!) in THE LOOK-ALIKE. 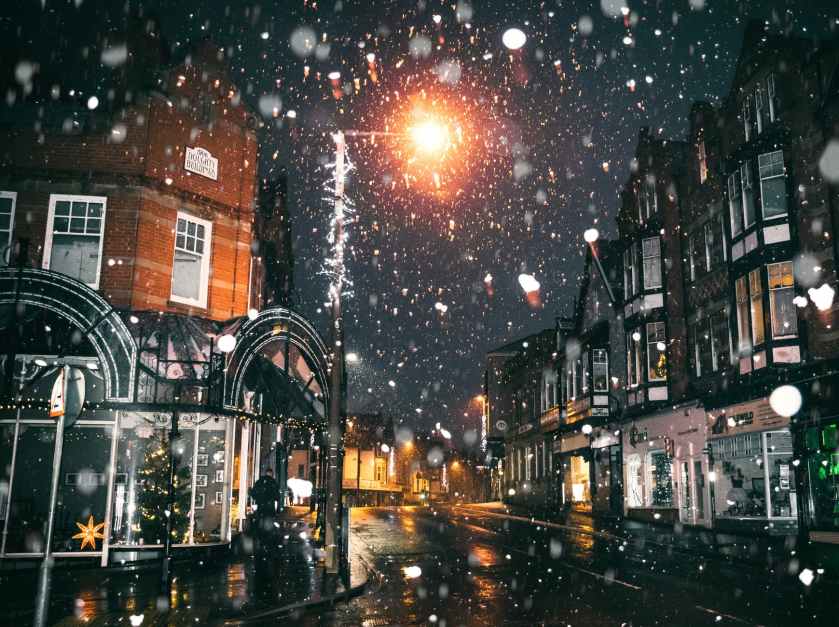 Photo by Lisa Fotios on Pexels.com

You’re a bestselling author of more than thirty books! Does it ever get easier? Does each book present it own challenges? What advice might you give your younger author self?

I wish I could say it gets easier, but it doesn’t because each book does present its own, unique challenges. And I strive to make each book better than the one before. Every reader, my editor, the reviewers all sit on my shoulders, editing as I write. But the act of writing hasn’t lost its magic, and I remain as passionately committed to storytelling as when I began. What advice would I give my younger self? Take the time to enjoy every moment and to celebrate each success. You earned it and joy is worth it.

Erica, this has been lovely and so insightful. Thank you! Is there anything I should have asked, but may have forgotten?

I’m finishing my next stand alone novel, tentatively titled THE GOOD DAUGHTER. The story revolves around a twenty-five year old cold case—the murder and kidnapping of the wife and infant daughter of one of New Orleans most powerful men. As with THE LOOK-ALIKE, the narrative moves between past and present, this time via the two investigations into the crime and the two detectives—a father and daughter—who become obsessed with solving the case. 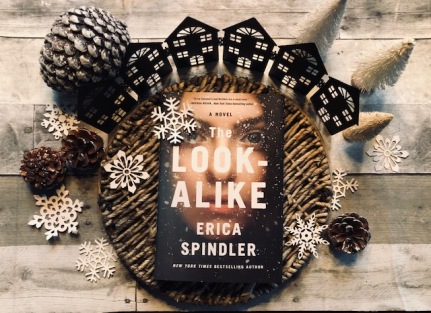 For more information, to connect with Erica Spindler via social media, or to purchase a copy of THE LOOK-ALIKE, please visit: 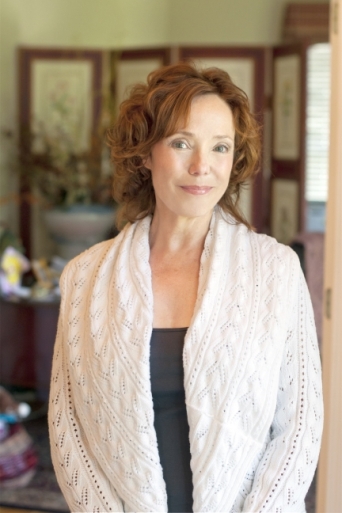 ABOUT THE AUTHOR: ERICA SPINDLER is a New York Times bestselling author who has written 30 novels, including The Other Girl, Justice for Sara, and The First Wife. Published in 25 countries, her stories have been lauded as “thrill-packed, page turners, white-knuckle rides and edge-of-your-seat whodunits.” Erica lives just outside New Orleans, Louisiana, with her husband and two sons. Visit her at www.ericaspindler.com.

You can connect with me, Leslie Lindsay, via these websites. 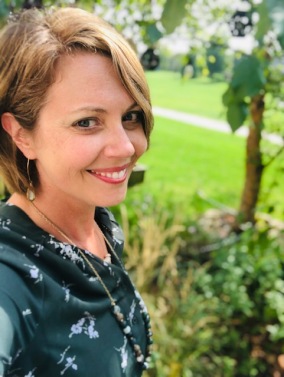 [Cover and author image courtesy of St. Martin’s Press and used with permission. Artistic image of book cover designed and photographed by me, L.Lindsay. Follow on Instagram for more like this]

Window to the world.
Hubby taking a photo of me photo-bombing my daughters’ selfie. That pretty much sums it up.
It’s #modelhome Thursday #throwbackthursday and I’ve got another #excerpt from my #memoir on #submission. This piece describes my #mother shortly after my #sister was born. I think this is the day she came #home from the hospital. I certainly didn’t wear a full face of makeup when I brought my #newborns home, but my mom did. I wonder if it was a way to feel better, convince herself she was okay…maybe something else? I’m certain park of what sent her into her downward spiral was related to unresolved #postpartum issues…but there’s always more to the #story. So much more.
Institutions of higher learning always inspire and motivate, don’t you think?
🎉Hey hey! Delighted to share this new piece on @literary_mama, “Saying Goodbye to Childhood Obe Book at a Time,” which is about my HS daughter’s reluctance to downsize her children’s #book collection, but also about my #childhood love of reading with my dad, how #reading to #kids might actually benefit #parents, too, more. 📚
Pretty eerie seeing this 1871 hotel gutted from fire. I once stayed in a tiny room overlooking this Main Street—it’s supposed to be haunted—and I once started a novel in which this building played a role.
Loading Comments...